Chatham Weather and When to Go 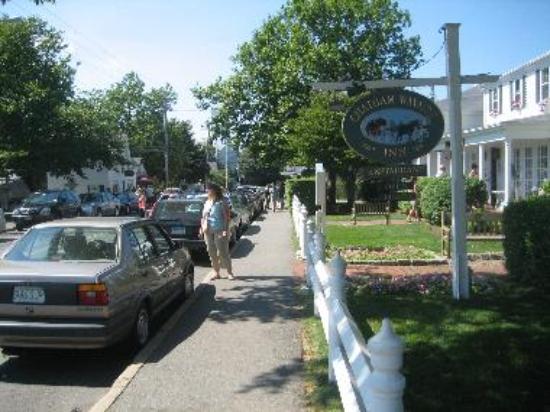 Chatham is coastal New England community which offers its pros and cons depending on the time of year. Winters in Chatham and all over the Cape tend to be less intense then winters in many northeastern cities meaning when cities like Boston, New York or Hartford receive snow the Cape receives rain. There are times though when Noreasters strike the area and the Cape gets pounded with heavy snow and/or rain with high winds. Temperatures tend to be a few degrees warmer on the Cape which sometimes means the differance between getting snow and getting rain.

Chatham enjoys very comfortable summers where temperatures tend to be a few degrees cooler then in the inland locations due to a sea breeze which helps to keep it fairly comfortable...so comfortable in fact that the air conditioning is not needed sometimes. The water warms up throughout the spring and summer months so the later you go the warmer the water will be.

Chatham is very nice all year round but is really bustling in the summer months from Memorial Day to Labor Day. This is when the Cape is the busiest with thousands of families coming up to spend the summer or spend a week. All of the restaurants, museums, motels, hotels, and businesses are open in full operating mode to serve the needs of visitors, residents and summer residents.

There are some businesses that are seasonal which means they close for some of the winter months or take a few weeks off in the dead of winter.

The best time to visit the Chatham is based on personal preferance. Some like Chatham in the high season meaning the summer months when the town is its busiest with families, couples, kids and teenagers walking and frequenting downtown businesses as well as flocking to the towns beaches.

For a less busy time the spring and fall months are a great time when the sun still shines, the beaches are still fairly warm, the businesses are still open and some of the crowds have died down a bit.  Keep in mind, many people say that "Spring" does not exist in Chatham.  That is partly true because the weather is ruled by the water temperatures surrounding it.  In Spring, the air is getting warmer while the sea is still very cold.  The result is fog and cooler temperatures, more dampness.  On the other hand, in the Fall, the air is getting cooler while the water is still warm.  That results in clear skies, warm days, crisp evenings and beautiful sunsets.

Chatham can be quiet in the dead of winter which tends to be late January and February but the towns is bustling for New Years Eve when the town hosts its very own First Night Celebration which includes events all over the town and a fireworks display at midnight.