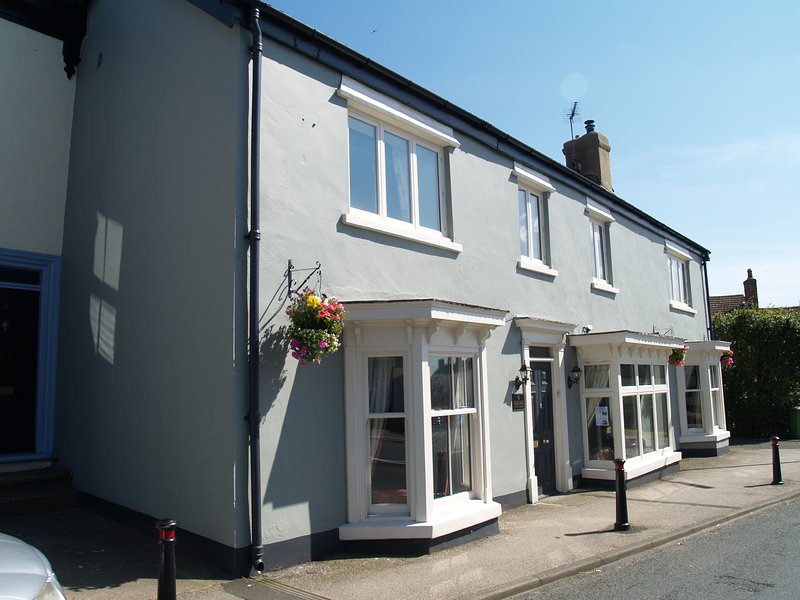 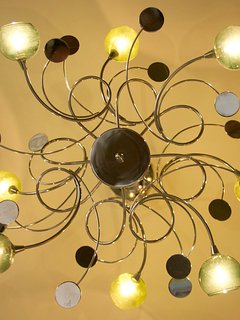 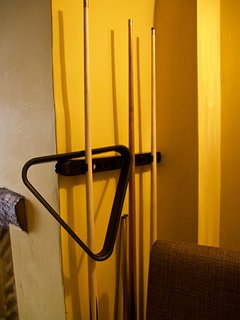 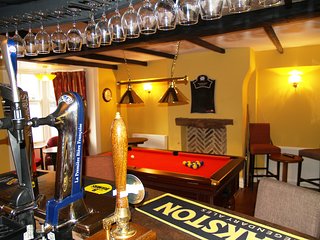 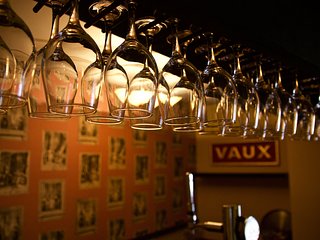 Excellent - based on 31 reviews
Write a Review

The house (/former pub) was ideal for our university reunion. We loved the bar, which we had arranged to be pre-stocked with beer, and the house itself was immaculate - beds comfy, bathrooms clean and kitchen well-stocked with glasses, utensils etc. Lesley and Neil were incredibly helpful and the location in Sedgefield is fantastic - less than 2 mins to walk to a decent size shop and various pubs/restaurants. Don't hesitate to book for a large group gathering.

Date of stay: November 2018
Would you recommend this hotel to a friend?   Yes.
Was this review helpful? Yes
This review is the subjective opinion of a TripAdvisor member and not of TripAdvisor LLC
Thank you for your kind words, we are so pleased your had a fab stay. Hopefully we will see you again in the not so distant future
This response is the subjective opinion of the management representative and not of TripAdvisor LLC
Problem with this review? Thank you. We appreciate your input.

An absolutely fantastic venue for any family / friends gathering. This house is very spacious, beautifully presented and well equipped to cater for large numbers. We used both Durham House and The Hay Loft which was ideal. The grounds are safe and the 'beer garden' is a perfect suntrap, equipped with BBQ.s and picnic tables. Table tennis, table football, darts and pool table kept both children and adults entertained, not to mention the bar which was set up with a barrel of ale! The owners, Lesley and Neil are very friendly and hospitable and should be proud of their wonderful accommodation in Sedgefield.

Date of stay: May 2018
Would you recommend this hotel to a friend?   Yes.
Was this review helpful? Yes
This review is the subjective opinion of a TripAdvisor member and not of TripAdvisor LLC
Thank you for the fantastic review. Our cleaner was also very complimentary of you as well! We are so pleased you had a great family get together and hope to see you soon. Lesley and Neil
This response is the subjective opinion of the management representative and not of TripAdvisor LLC
Problem with this review? Thank you. We appreciate your input.

A large group of us stayed at Durham House for just over a week at the end of March 2018. We hired the main house and the Hayloft, so it felt spacious and homely for the whole period. As a group, we have a lot of experience of these kind of holiday rentals, and this was definitely one of the best ones we've stayed in.

As far as location is concerned, it feels nice and quiet even though it's in the middle of a town, and unlike some rentals we've stayed in, it was lovely to have shops et c on the doorstop, so we didn't need to rely fully on getting groceries delivered. It's well located for trips to Durham, driving days out to the North Pennines/Yorkshire Dales/North York Moors, day trips to Whitby for the fish and chips et c. Members of our group also visited Hardwick Hall, Beamish, Hadrian's Wall, Barnard Castle and Locomotion railway museum.

The rooms were all really nicely finished, with good quality linen et c, and it was lovely to have so many en suites (no queues for the shower!) The beds were lovely and comfortable and the layout worked well (although it took a bit of extra time to plan who would stay in Nags Head as it is accessed through another room).

In the kitchen, we really appreciated two kettles, two ovens and two dishwashers. On a big holiday like this, when we cook for the whole group each night, the washing up backlog can often be a problem, but not here!

The reception rooms were good - having such a big dining room is lovely, as it meant one end could also be used for board games/work as necessary (as we weren't the full 22 people), and the lounge is a really nice relaxed space that easily seated most of our party at once.

It was also really great to have such a big car park - often large holiday houses in towns are really limited on the parking, which is a problem for a group coming from all corners of the country! So it was really lovely not to have to worry about that with Durham House.

However, the thing that sets this place apart by a long way is the bar! We spent a long time deliberating how much beer we would get through during the week because we expected the pint-pulling novelty to wear off pretty quickly - but it definitely didn't! We got through the keg we ordered so quickly that we had to get another one set up half way through the week! The space is really great - the pool table got used *a lot*, and the blackboard was really handy for keeping track of how much beer everybody drank ;) We've been to places before that have had a games room downstairs, or maybe a separate lounge with loads of board games in (plenty of board games here also!), but this was by far the best onsite entertainment we've ever had!

Just a quick note for future visitors - at present, hand towels aren't included, so you will need to hire some extra towels to make sure that everybody has access to one in their bathroom.

All in all, a really great stay, so thank you to Neil and Lesley :)

Date of stay: March 2018
Would you recommend this hotel to a friend?   Yes.
Was this review helpful? Yes
This review is the subjective opinion of a TripAdvisor member and not of TripAdvisor LLC
Thank you for such a great review. We have put a lot of thought into making Durham House an ideal venue for friends and family to meet and our fantastic reviews suggest that it is paying dividends. We also appreciate any feedback and always take it on board to ensure that the next set of guests are equally as happy. Thank you and we hope to see you again soon. Lesley and Neil
This response is the subjective opinion of the management representative and not of TripAdvisor LLC
Problem with this review? Thank you. We appreciate your input.

Have just returned from a long weekend for my 50th Birthday. Durham House (the old Nags Head public house) did not dissappoint one little bit. Great conversion that easily accommodated 17 of us for the weekend. We also hired the Hayloft so we all had a little extra room. The bar area seemed to be the most popular and the opportunity to have a barrel of ale went down a storm (plus we drank all of it) The house is very well equipped with everything you need (with the exception of a dustpan, there may have been one but I couldn't find it) All the rooms are airy and spacious with en-suites. The furnishings are of high quality, as were the bed linen. We would love to come back and have a longer stay. Sedgefield has all you need in a village and we enjoyed a decent pint of Guinness in the Hardwick Park Hotel.
A highly recommended luxurious holiday let, Thanks to Neil and Lesley for everything

Date of stay: March 2018
Would you recommend this hotel to a friend?   Yes.
Was this review helpful? Yes
This review is the subjective opinion of a TripAdvisor member and not of TripAdvisor LLC
Thank you for your review ans we are delighted you enjoyed yourself. We definitely have a dustpan and brush, (usually under the sink!) so we get a new one if it has gone walkabout! We are pleased you enjoyed the barrel of ale - it always proves popular. We look forward to seeing you again for your next significant birthday!
This response is the subjective opinion of the management representative and not of TripAdvisor LLC
Problem with this review? Thank you. We appreciate your input.

We had an amazing time at Durham house, 20 of us stayed for my brothers 40th Birthday. The house is in a great village location which has everything you need.
The house is well equipped with everything you could need. We had great communication from Lesley, who happily answered my (many) questions.
The rooms are all bright and airy and spotlessly clean.
We will definitely be booking again for our next get together.

Date of stay: February 2018
Was this review helpful? Yes
This review is the subjective opinion of a TripAdvisor member and not of TripAdvisor LLC
We're so pleased you had an amazing time and look forward to seeing you again soon. Lesley and Neil
This response is the subjective opinion of the management representative and not of TripAdvisor LLC
Problem with this review? Thank you. We appreciate your input.
Previous Next
1 2 3 4 5 6 7
Updating list...
Do you own a holiday rental? List it here.

Looking for a place to stay in Sedgefield?
View all 7 holiday rentals