The hotel was great, the island wasn't - Review of Chaweng Resort

USD 48
View deal
Hotels.comUSD 30
FindHotelUSD 33
TravelocityUSD 30
View all 14 deals
Prices are provided by our partners, and reflect total costs of the stay, including all taxes and fees known to our partners. Please see our partners for more details.
Payments made by partners impact the order of prices displayed. Room types may vary.
anitatravelling
Melbourne, Australia
511

The hotel was great, the island wasn't

We had a standard bungalow which was small, but had a massive king bed and a single bed in it, TV, a decent sized fridge and a safe in the cupboard. i think there were some bathrobes and slippers, but i never used them, they looked quite hospital gown like. The bathroom was lovely, quite modern, with a hairdryer. Such good value for a hotel right on the beach.

There seemed to be alot of russian and german tourists here. Breakfast was good, but you do have to get there before things run out, cause once the cakes/bread/croissants were gone, that was it. There was a lovely girl who made eggs fried/scrambled/omlettes freshly for you, and a large selection of cereals. The fresh fruit was continually topped up, which was nice as you knew you wouldn't miss out.

I hired a motorbike from the hotel, which very quickly got a flat tyre, so I'm pretty sure they pumped it up and hoped that some foreigner would pay for its repair. I had to argue with them for a bit, but got reimbursed for the repair in the end. I have found that most Thai's are cheeky like that anyways, not something that is confined to this hotel.

The only thing i would say that was really terrible about this hotel is the fact that it is on Koh Samui, I was totally expecting an island paradise, it is a hole that stinks. I have travelled to Asia alot and understand the sewerage issue, but seriously every time it rains up comes all the sewerage, and it rains heavy most days! The roads flood and you just dont know what you are stepping in when stepping in puddles. There were a few really nice bars in Chaweng that you could have cocktails on the beach, but you were constantly being hassled by little girls trying to sell flowers or trying to beat you at connect four, or some other person selling some rubbish you dont need. If you want an island paradise, go elsewhere, this is an over developed city with a complete lack of planning in place to support it...More

Show less
Room tip: Unfortunately you get what you're given
See all 227 reviews
Payments made by partners impact the order of prices displayed. Room types may vary.
Nearby Hotels 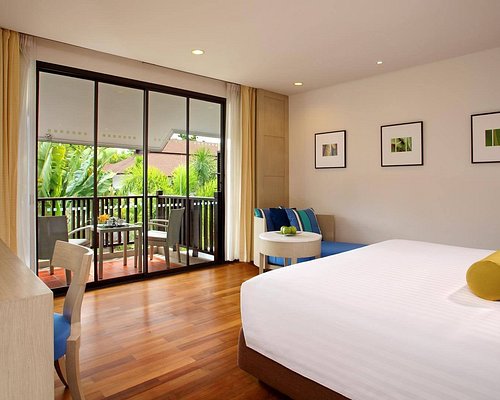 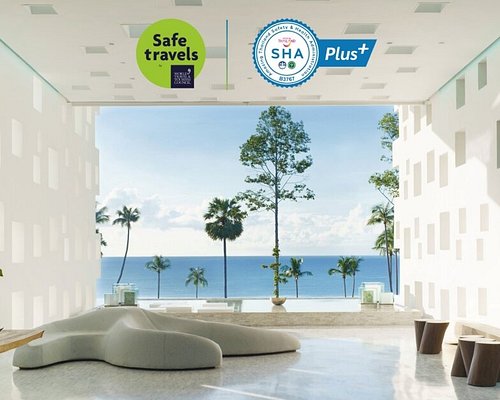 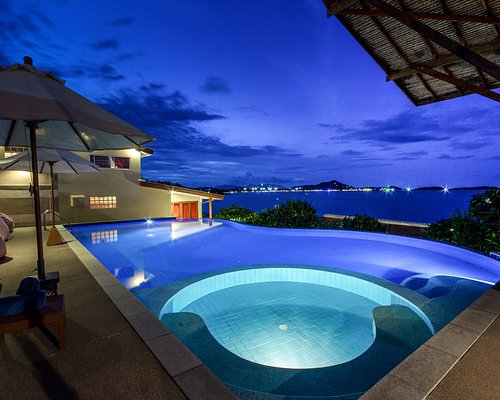 I stayed at this hotel 2 years ago and found it quite (good for a reasonable price) so decided to return this time as well.
It has nice tropical gardens surrounding individual cottages (which I prefer rather than joined or block of rooms), beach frontage and 2 swimming pools at the quiet southern end of Chewang Beach.
Although the foyer and restaurant areas are very old they serve their function. Breakfasts (usually included in the deal) at the hotel were good - large selection with omelette made for you if you wanted.
Being at the southern end of Chewang there is no landing/takeoff aircraft noise - it's really only a 15 - 20 minute walk to all of the action - or hire a scooter for about $A6 a day.
It probably won't suit the younger set but certainly ok if you're looking for a budget, quiet, relaxing alternative.

This review is the subjective opinion of a Tripadvisor member and not of TripAdvisor LLC.
misty000
Victoria Falls, Zimbabwe
11
Reviewed 16 April 2011
DIRTY, DISGUSTING, VERY DISAPPOINTED!!

Very old, extremely dirty & needs major make over. Breakfast is a total disgrace. Never seen such a so called buffet. BYO bread.. cos they ran out, (which was every day)! when you asked for more they would bring out bread with green mould all over it. YUK!! DISGUSTING!!!! As for the pool... dont get in as you may catch something.... Extremely unhygienic..We stayed in a large superior bungalow which was falling apart. Our room had a phone however dont expect to use it cos it didnt work! No such thing as service around the poolside for food, drinks etc... (not that I would eat from there) and not to mention no rubbish bins in sight. So, if you left rubbish around the pool for staff to clean up, it wont happen. It is guaranteed to expect to see rubbish at the same place where you left it in the morning... Cant express enough - HOT TIP for all you readers.... DONT STAY AT THIS DISGUSTING, DIRTY RESORT..... YOU WILL BE DISAPPOINTED IF YOU DO!!!

This review is the subjective opinion of a Tripadvisor member and not of TripAdvisor LLC.
lolbert
Radlett, United Kingdom
2039
Reviewed 10 January 2011
Disgusting

Booked a day room here to use for showering and changing before evening flight. Room was dilapidated and disgusting. Must be the worst hotel on Samui. Avoid at all costs!

This review is the subjective opinion of a Tripadvisor member and not of TripAdvisor LLC.
gaston111
montreal
2518
Reviewed 19 December 2010
Terrible, Very dirty, run down.Do not meet min sanity standard

We stayed one week out of 3 months trip in Asia. Worst hotel .Reservation done with hoteltravel.com. We wanted to change hotel when we got there but we did not get reply from hoteltravel.com...Place is well located..and could be a nice hotel..Indeed site is not well maintained...Very poor renovation . Very dirty everywhere. Could not see through windows in resto. WC in resto was so dirty that we did not want to eat there...Garbage view from windows in our bungalows..Pool was not clean at all etn the second was closes with green water.Hole in wall in our bungalows.Fireworks till 4 am on site despite security guard ...We never got answer from front desk ..we asked for 50 % reimbursement and never got reply from hoteltravel.com..They were waiting from hotel to respond...and nver got an answer...Not surprised at all...No proper management on site.

This review is the subjective opinion of a Tripadvisor member and not of TripAdvisor LLC.
Caz053
Auckland, New Zealand
1
Reviewed 12 September 2010
Think twice before you stay here - Great location, lacking in cleanliness

This review is the subjective opinion of a Tripadvisor member and not of TripAdvisor LLC.
View more reviews
PreviousNext
1…161718…