USD 83
View deal
Reserve now, pay at stay
Agoda.comUSD 213
eDreamsUSD 250
TravelocityUSD 226
View all 14 deals
Prices are provided by our partners, and reflect total costs of the stay, including all taxes and fees known to our partners. Please see our partners for more details.
Payments made by partners impact the order of prices displayed. Room types may vary.
joyce l
Melbourne, Australia
14971

See all 955 reviews
Payments made by partners impact the order of prices displayed. Room types may vary.
Nearby Hotels 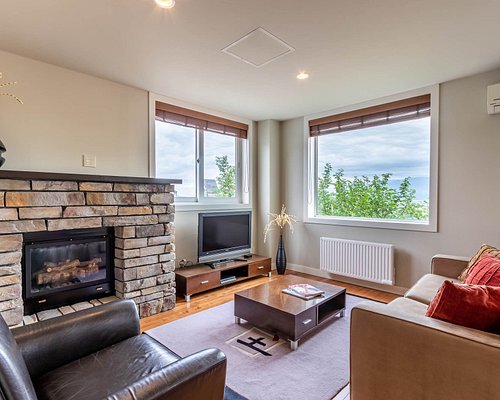 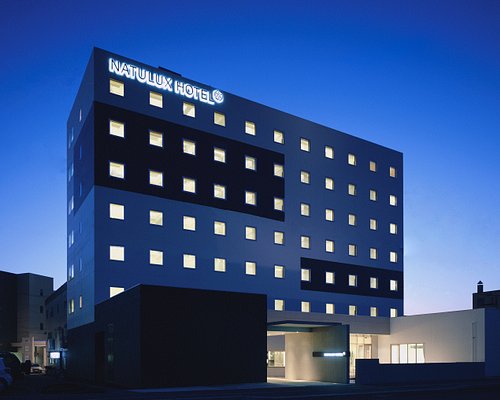 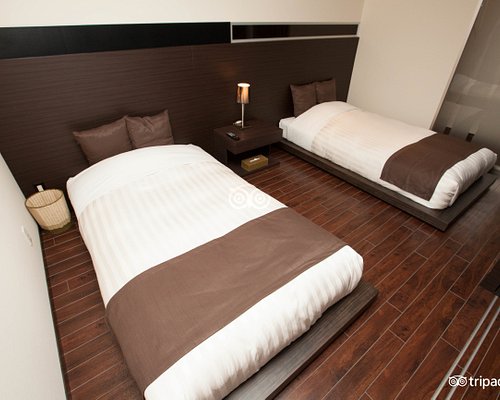 Our family of three stead at this resort hotel over Christmas 2011/12. We found all staff to be unfailingly polite, despite language difficulties. The restaurants were varied in style and price. For us, with a vegetarian and a 6 year old in our group, we found the onsite Izakaya, and also the bakery, best suited. The food, particularly at the Izakaya, was beautiful. Cost wise, is wasn't cheap, but this was anticipated as we were in the ski fields. I read a previous comment regarding tattoos and the onsen. As an individual with ink, I chose discretion to be the best tactic. My husband stated that he saw heavily inked Japanese men in the male baths. As a final word on this subject, as with traveling anywhere, if you don't like the rules, don't go there, and certainly don't whine about it after the event. Investigating local custom prior to travel ensures that your behavior is in tune with the way people live. I would also like to recommend Scott Tovey, the international bookings and sales manager, who is often at the hotel. Scott was very helpful in answering all our questions, gave us his mobile in case we required his services on a day off, and had many wonderful suggestions for local touring whilst in the Furano are. I hope Furano stays as wonderful as it is. A true family destination, this hotel had it all. We will definitely return.

This review is the subjective opinion of a Tripadvisor member and not of TripAdvisor LLC.
B L
Gold Coasr
12
Reviewed 25 April 2012
Complete lack of service

My partner and I travelled to New Furano Prince hotel. Our room was meant to be a double and when we arrived it was 2 separate single beds. Thats fine, mistakes happen, but it is what you do about these mistakes that matters. The staff at the New Furano Prince Hotel, did nothing, offered no alternative, no assistance to join the beds, no apology! The staff were rude and extremely unhelpful in all sections of the hotel, including lobby shop, resturants, ski school and on the slopes also. Japan itself is amazing, however the only good thing I could say about New Furano Prince Hotel is its location.

This review is the subjective opinion of a Tripadvisor member and not of TripAdvisor LLC.
JianM
Denpasar, Indonesia
412
Reviewed 16 February 2012
Poor service and Discrimination

My family and myself recently booked a 5 night stay at the Prince Hotel, New Furano on Hokkaido island, Japan, for a ski holiday. We checked out after only one night and moved to the Hilton Hotel in Niseko.

The Prince Hotel is badly managed and staffed and is quite unacceptable to western standards. The room smelt of damp, the food in the restaurant was disgusting, (even though my whole family eat Japanese quite regularly), and the restaurant prices were exorbitant.

The Prince Hotel also has a sign in the hot springs (onsen), that reads, "Bathing is prohibited for people who are intoxicated, members of crime syndicates, or people who have tattoos or fashion tattoos." I explained to their management that a very large percentage of western people have fashion tattoos and that their sign was insulting and discriminatory and should be removed immediately. I also found out later that it was illegal.

However they chose not to comply and as I have had tattoos on my arms that have been there for 50 years, I checked out of the Prince Hotel the next day and moved to the Niseko resort where no such antiquated or rude policy exists. One full day was wasted of our holiday. Our booking agent Ski Japan agreed completely with our stand on this matter. We won't be suggesting any Australians travel to Furano Resort in Hokkaido.

This review is the subjective opinion of a Tripadvisor member and not of TripAdvisor LLC.
keiragopi
Singapore, Singapore
163101
Reviewed 31 December 2011
Fantastic location for skiing n snowboarding.

We stayed here for 3 nights after Xmas. This is a japanese chain so the rooms are very basic even after an upgrade. The beds are also on the hardside.

What I really liked about this hotel in the winter is the location next to ski lifts and the snow school within its premises. We did not intend to ski but we decided to anyway given the convenience of ski lockers, rental and a snow school at the door step.

What made it standout in winter was the snow playland (which has a cool ice bar!) and the ningleterrace light up. Think of a quaint wood cabins dressed up with xmas lights and nestled among birch trees heavy with snow. We spent many hours in the coffee shop and in Soh's bar which is the bar with the best forest view.

This review is the subjective opinion of a Tripadvisor member and not of TripAdvisor LLC.
areisende
Singapore, Singapore
61180
Reviewed 29 December 2011
A massive, modern, ski-in ski-out hotel

Rooms are spacious, relatively new and kept very clean. We slept well – beds are comfortable and room had good sound proofing. Shampoo, conditioner, hair brush, shaver, toothbrush and paste, are all provided, including a kettle for hot green tea, hair dryer, etc. The room we had was on the 9th floor and offered a beautiful view of Furano town blanketed in snow. TV offered mostly Japanese channels and one Chinese channel, with pay tv available for movies, etc. There was free (LAN) internet in rooms, though one could pay to use the internet at the lobby for Y100/10 minutes.

There is a ‘hot spring’ (not a real, natural hot spring but an area to have a bath Japanese style) – it was slightly too crowded for my taste, though the outdoor ‘hot spring’ was lovely in the cold. There are several restaurants offering either lunch or dinner, and while the selection and food are good, they are slightly pricey, as obviously prices are marked up (e.g. lowest set dinner at the Japanese restaurant is Y3700). This thread became obvious – the hotel is obviously attempting to keep their guests within the hotel such that they spend all the money within the compound. Buses from the hotel to Furano town are limited and do not run as often as we’d thought, and it was rather confusing – there is a Furano town bus (Lavender Express) that costs Y250 to get to the Furano Train station (and vice versa), and there is another that is apparently run by the hotel, costing Y200. There are also other shuttles that cost Y160. Most confusing. Do note that timings are also sporadic - but the hotel shuttle (Y200) runs almost hourly from 5.30pm I believe, such that we could hop onto bus to Furano town, grab dinner and shop in the supermarkets, and back by 9+pm.

That said, the hotel has done a commendable job keeping guests entertained. There is also a bakery at the basement, and further on a cluster of charming wooden cabins (called Ningle Terrace)– two cafes, and the rest shops, offering knick knacks for sale (wooden carvings, handmade postcards, snow flake silver jewellery). They were especially pretty when lit up in the snow. There is also a charming alpine style bar further in the woods called Soh’s Bar. All in all, the après ski scene is very good at New Prince Hotel. It also seems livelier and larger than the older Prince Hotel.

There are two ski schools within the hotel, with a large locker area (free lockers for hotel guests), and immediately stepping out was the first ski chair lift. The gondola (apparently the fastest in Japan) was also just beyond the hotel. It was very convenient, but also clear that New Prince Hotel owned the ski area and ski lifts! Hence, the monopoly. There are no other hotels in the area (though there are several clustered in Kitanome, the other ski lift area, including the older Prince Hotel).

The point of staying at New Furano Prince Hotel was the skiing – and admittedly the snow was beautiful: soft, powder, and in abundance. The ski area was not as large as, e.g. Shiga Kogen, but it was good for beginners and intermediate skiiers and boarders. The best bit was how relatively uncrowded it was! We once tried night skiing (from 5 – 8pm) and very often had the entire slope to ourselves! In the day, the slopes never got crowded. Even when the gondola was packed, once the skiiers fanned out, there was ample space. There were times when I too had the slope to myself at 12 noon. The crowds only began on Christmas Eve (also a Saturday). But even that could be avoided - there were queues only around 11am and post lunch at 1pm.

All in all, a good hotel, and if I could find as good a deal as I had, which includes buffet breakfast (very good spread - especially loved the local Furano milk and yoghurt in bottles, the grated yam - sticky - with raw salmon) and two adult ski pass all for Y15,000 a night, I would stay here again. Prices vary markedly depending on the weekend or holidays (e.g. Christmas), so for the last two days we moved to another hotel, which cannot compare to New Prince in terms of the convenience and après ski scene. However, do note that Kitanomine has a faster ski chair lift than at the Prince Romance area (New Prince Hotel).

This review is the subjective opinion of a Tripadvisor member and not of TripAdvisor LLC.
View more reviews
PreviousNext
1…394041…