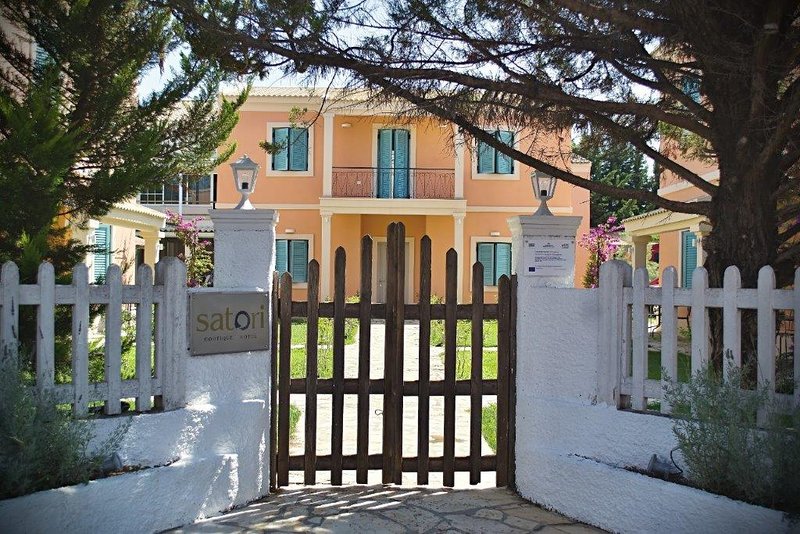 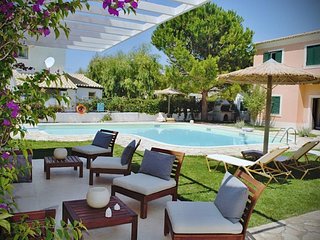 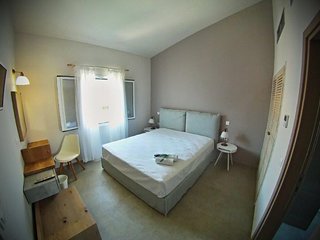 Very good - based on 2 reviews
Write a Review

We started the ‘relationship’ on the wrong foot, as we attempted to early book as a synchronized group and the third family was declined 2 months later, for ‘overbooking’ reasons.
Nonetheless, I made efforts to be as objective as possible with the review. We liked, indeed, the rooms, how they were decorated and their ergonomy. New and clean, with very comfortable beds (some years ago I was laughing about such remarks, now I consider the mattress quality as a strong differentiator!).
Although it may spoil the design, I would still prefer some kind of courtain/door at the shower.
I should praise, however, the airconditioner system, which is very efficient and works even when the keycard is not inserted.
The garden/courtyard is minimal by design, but green and well-maintained. I did not have the chance to use the pool. The advantage of having the beach at walking distance prevailed.
We did not try the house breakfast.
We perceived, however some slight misrepresentation of the term ‘private patio’, hoping that each groundfloor room has one available, as in the property pictures. In fact there was one for the property, not a major issue after all.
The parking happened to be an issue once in a while, but I’m sure that in time the owners will improve the management of the parking lots.
There are a few things I disliked in the neighbourhood (such as the garbage stacks left sideways and the narrow alleys), but it would be unfair to make the Satori property responsible.
To stop here, although we went there hesitantly, we left driven by a good feeling, although on a quaint and rustic impression.

Date of stay: August 2018
Was this review helpful? Yes
This review is the subjective opinion of a TripAdvisor member and not of TripAdvisor LLC
Problem with this review? Thank you. We appreciate your input.

We were lucky enough to be the first guests at Satori and we couldn't have been more pleased! Hotel has been beautifully renovated with excellent decor and top class fixtures and fittings (bed was very comfortable) and is in a great location only 50m from the beach at Acharavi which has some great bars/restaurants and a 3/4 min stroll to the shops and Main Street in Acharavi. Other great beaches in Corfu aren't far way either and makes great location to explore. Owners Dinos and Maria are super freindly, helpful and couldn't have made us more welcome! Some great recommendations for food and places to visit and they made sure we had everything we needed for a great holiday. Satori will be a great success and we wouldn't hesitate to stay again.
We were family of 7 and took one of the great blocks (4rooms) ... Thanks to Dinos and Maria for great time at Satori!!! Hotel is cool and sure will be big success ...

Date of stay: August 2016
Would you recommend this hotel to a friend?   Yes.
Was this review helpful? Yes
This review is the subjective opinion of a TripAdvisor member and not of TripAdvisor LLC
Problem with this review? Thank you. We appreciate your input.
Updating list...
Do you own a holiday rental? List it here.

Looking for a place to stay in Acharavi?
View all 126 holiday rentals