Show less
See all 300 reviews
Payments made by partners impact the order of prices displayed. Room types may vary.
Nearby Hotels 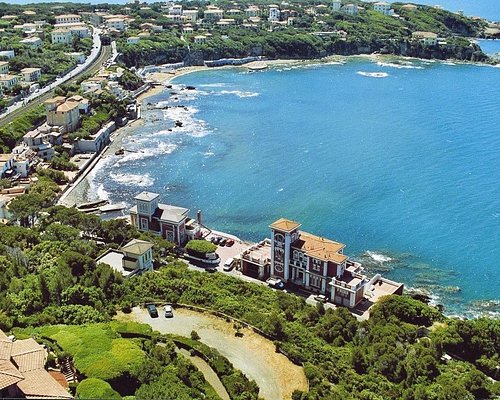 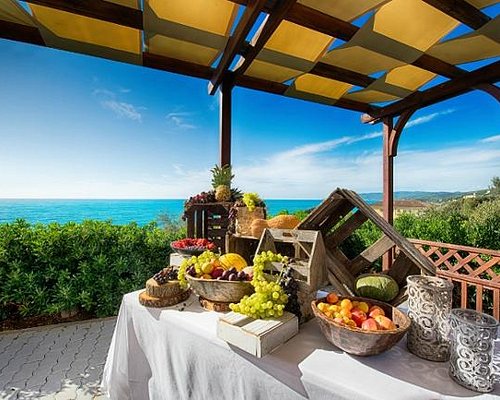 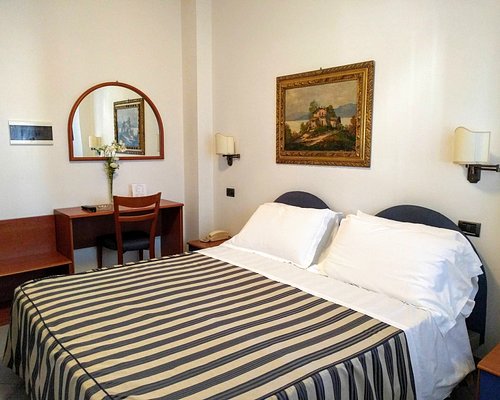 We stayed here for a wedding which was nearby as a large family group. Couldn't recommend this hotel highly enough - It's a beautiful hotel in a beautiful small town (Smashing beach is 3 minutes walk away).
Rooms are spacious and the balcony was as large again. The owners / managers (a young couple) were friendly and extremely helpful in all matters with such a warm welcome.
The indoor pool was lovely and equally good was the outdoor pool next door.
Beautiful breakfast with eggs cooked to order
We really enjoyed our stay here and will definitely come bac if the opportunity arises. .

This review is the subjective opinion of a TripAdvisor member and not of TripAdvisor LLC
Susan D
Toronto, Canada
3119
Reviewed 18 October 2017
Genuine Italian hospitality and excellent value

We loved the family owned Hotel Atlantico whose staff is gracious as well as friendly and helpful. Our room was spotlessly clean, the bed and pillows excellent. All rooms feature a balcony to relax and unwind on which we enjoyed. The indoor pool area is beautiful and leads to a sitting area outdoors which makes it perfect for when one comes in from the beach which was 1 minute away by foot. We were very impressed by the huge breakfast/ dining room and even more so by the huge array of breakfast items available from fruit and meats to home-made cookies and biscotti. The freshly squeezed orange juice was a treat. Castiglioncello is one of two spots in the same geographic area with the same name, which is not unusual in Italy. If you are travelling by car, as we did, be sure to start with "Livorno" on your GPS so that you reach the beachfront property. Parking is more than adequate and monitored.

Room tip: All suites have a private balcony to relax and catch the rays on
Ask Susan D about Hotel Atlantico
Thank Susan D

The hotel Atlantic staff are excellent! They make all guests feel like family and are ready and willing to offer assistance when needed. Indoor pool is truly unique - the rain shower adds a special touch. Breakfast is not to be missed. Generous portions of meat, cheeses and pastries are guaranteed to make every pallet smile. Best of all is the location to the beach, train station and center of town. ~ Tiff

This review is the subjective opinion of a TripAdvisor member and not of TripAdvisor LLC
Wil F
1
Reviewed 8 September 2017
Great hotel staff.

The villa was fun to stay in. Room was nice and cozy, cleaned everyday. Staff were very helpful and took care of any issues that may have arisen. Nice outdoor and indoor pools. Breakfast and dinner were excellent.

This review is the subjective opinion of a TripAdvisor member and not of TripAdvisor LLC
kjonwinmasterpro
Dublin, Ireland
6361
Reviewed 16 September 2016 via mobile
Strange Place but Nice Hotel!

First of all - before I get into the details about the hotel, Castiglioncello is a very strange place to go on holidays to. Make sure before you go that you know what you're getting yourself into! Myself and my boyfriend came here for 3 nights at the end of a 9-day trip in Italy (3 nights in Rome and 3 nights in Florence too). We wanted a beachside/ relaxing few days at the end of our trip to chill out after the madness of the other two cities. Castiglioncello was recommended by my boyfriend's Italian boss at work. Turns out, Castiglioncello USED to be popular in the 1950s or so, but is now more of a ghost town. We went in early September, which isn't exactly high season, but I would still expect SOME sort of buzz about the place (particularly as Rome and Florence were both heaving with people at this time of year), but Castiglioncello felt like a deserted town with very little to do, very few shops/ restaurants and very few other people around, particularly tourists. (Which yes, is a good thing, but it was unnerving to feel so out of place!). The beach near this hotel is very narrow and small and there is about 1 metre of gritty sand you can lie on before the sea edge. There were no watersports available on any of the Castiglioncello beaches or on the 'White Beach' in Rosagnino (which we walked 3km to get to - really wasn't worth it). It was advertised online that you can go scuba diving here too (we were both very excited about that as we love diving) but when we got here, no-one seemed to know anywhere that did diving trips, not even the girl in the sports shop which sold tons of diving equipment!! Such a strange place. We felt really random there and spent the first two days just wandering around, hoping to come across something more exciting to do. We decided to take the train up to Livorno as that sounded a bit more exciting. Again, we were greeted by an old, dilapidated, dull town with no effort to make it beautiful or appealing. We ended up eating in McDonalds as the restaurant choices were so few. We went to the aquarium in Livorno which was ok, but not mind blowing.
Anyway - the hotel itself was good. It's very old fashioned, and obviously must have been in its prime in the 1950's or so. The bathroom was all old beige tiles and looked like something out of your grandmother's house. That said, the bed was comfy, air con was adequate (but it wasn't overly hot when we were there), the room was cleaned daily with fresh towels. The room was quiet, we both slept very well each night. We had a fabulous balcony out the back of our room with sun loungers and a table & chairs. The indoor pool is lovely and the outdoor pool was great too (it's located two villas down, they tell you the code to get in through the gate) and we had the place to ourselves with lots of loungers and a grassy area surrounding it etc.
The location of the hotel in Castiglioncello is great, 3min walk to the 'centre'. Caffè Ginori in the centre of the town is lovely and quite upmarket, we went here one night for dessert and drinks and it was very nice. Also Il Piccinino restaurant just opposite this had lovely food too.
The breakfast in the hotel was nice - freshly squeezed orange juice, lots of cakes and breads, but little else. There was no fresh fruit which seemed to be the case in all the hotels we stayed in Italy, a coffee making machine, tea, water etc.
The wifi was weak, don't rely on it to download anything significant, but it just about did the job.
The staff were friendly but most didn't speak English, the elderly man and lady checked us in - they were both about 70/80 years old and still going, restocking the breakfast and everything!
All in all - it's a very old fashioned, quiet place. For two people in their mid twenties, we felt it wasn't suitable and would not recommend going here if you're looking for any sort of action or activity.