Airport One Hotel
Airport One Hotel
Lowest prices for your stay
Lock in great prices from these sites
USD 59
Free cancellation until 03/11/21
View deal
eDreamsUSD 59
Agoda.comUSD 62
FindHotel
PricelineUSD 69
Trip.com
Expedia.com
View all 14 deals
Prices are provided by our partners, and reflect total costs of the stay, including all taxes and fees known to our partners. Please see our partners for more details.
Payments made by partners impact the order of prices displayed. Room types may vary.
Chloe D
Melbourne, Australia
73

Review of Airport One Hotel
Reviewed 4 September 2015 via mobile

Basically you get what you pay for, very basic, small and dated but hey your only there for a few hours!
Reception was super friendly, helped us by ordering delivery pasta and pizza which was good. Also offered a great shuttle return to the airport who were early! :)
If your on a budget and need a bed I would recommend staying here however remember you get what you pay for.

See all 83 reviews
Payments made by partners impact the order of prices displayed. Room types may vary.
Nearby Hotels 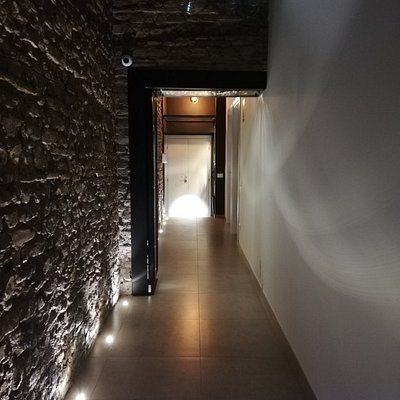 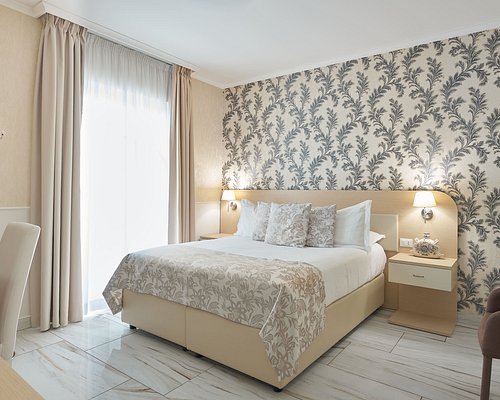 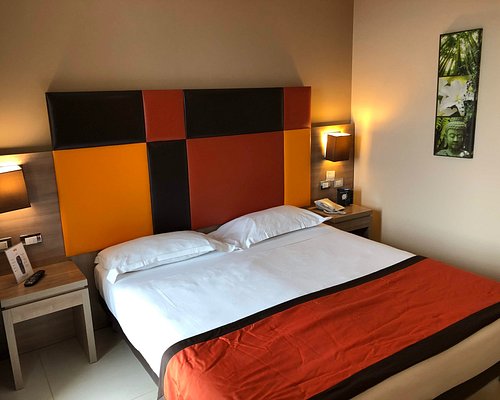 I can just tell you my story, because in the end me and my girlfriend never check in that awful place! We arrived at 2am, cause our plane landed at night. I sent an email to the reception, telling that I would have arrived at late night: all I found was a foreigner guy (from Pakistan or Bangladesh or Sri Lanka) who couldn't speak enough Italian and that created a mess with my bookings. He said he had give my room to another one, and no other room was available for me. He was about to cry when I asked him to call the boss in order to find a solution, probably scared that the boss (Marco the name of the boss) would have fired him. In the end, he gave me back my money, and at almost 3 am we had to find another hotel in the airport area. I advise you not to go there if you want to be sure to have a room around the airport! What an awful experience, a nightmare on the background of a gas station around the airport!

This review is the subjective opinion of a Tripadvisor member and not of TripAdvisor LLC.
K L
Vancouver, Canada
1
Reviewed 21 July 2015
A Hassle ...

I emailed ahead of time for a transfer to pick me up from the airport, and ended up waiting for 2 hours. 1st, they forgot and didn't send the shuttle. 2nd, after I called, they sent the shuttle to the wrong pick up area at the airport and I had to call again.
The WiFi is so bad that I couldn't carry on a conversation with my friend, as it kept cutting out. There are no "black out" curtains, and i couldn't connect to watch anything on the TV.
I paid cash when I checked out, and they still charged my credit card. it took 3 weeks to get the money "wired" to my account (because they couldn't refund my credit card?)
Anyways, I lost out on the bank charges and exchange
Not worth my 1 night stop over

This review is the subjective opinion of a Tripadvisor member and not of TripAdvisor LLC.
Trevor H
London, United Kingdom
1511
Reviewed 21 May 2015
This is the one for planespotters

I read the reviews and wasn't looking forward to our stay here, but when I arrived, I got a pleasant surprise. My room was nice and clean with a small patio area outside of the room. In front of the hotel is a petrol station where they pump the petrol for you and a cafe. the staff in the cafe are very friendly and above is a viewing area with seating to watch all of the movements at the airport. The hotel manager was friendly and helpful, so I cannot understand the negative reviews. I would certainly return here for another trip to photograph the aircraft.

Room tip: All rooms are ground floor, but there is a viewing area for the airport less than a minute away.
Ask Trevor H about Airport One Hotel
1  Thank Trevor H

This review is the subjective opinion of a Tripadvisor member and not of TripAdvisor LLC.
wrinklieBrighton
Brighton, United Kingdom
2828
Reviewed 3 November 2014
Good for deaf, dieting plane spotters

We needed a hotel for one night at Fiumicino as our flight arrived late at night.

Firstly it is costly, 20 euros, to get to from Terminal which is a short distance.

The driver made a joke about us not getting much sleep that night and he was right! Only a few steps a way from runway with constant take off and landings.

The reception is tiny, scruffy and manned by a chap who looked like a down and out. I asked if it was possible to get something to eat or drink - No! I asked what time was breakfast. In your room - more on that later.

The room was absolutely basic with tiled floor, no wardrobe just a rail high up above the area for kettle with a pole with a hook on it to hoist your clothes up.

The bed was so uncomfortable and creaked and groaned at every move. The towels in the bathroom were basically tea towels.

We made a cup of tea but there were only two tiny jiggers of milk I went to the 'reception' to ask for more - none.

The noise all night was unbearable with barely a let up in aircraft noise.

Breakfast consisted of two cheap croissants wrapped in cellophane. I went to see if supplies of milk had arrived the house keeper said - No.

After enjoying our black instant coffee we went to check out. The housekeeper had morphed into the receptionist. I handed over my credit card and she told me no cards machine broken. I dished out cash.

I asked about the bus service to airport to catch a train. She told me the bus outside went to the airport. I asked this three times 'do all buses from stop outside go to airport' - yes.

We ended up in Fiumicino town and waited over one hour to catch a bus that actually went to airport and there were no taxis either. Nearly missed our train. So had no time to top up the meagre 'breakfast' at station.

I would recommend that anyone wanting a nights sleep, refreshments and breakfast in this area look elsewhere.

This review is the subjective opinion of a Tripadvisor member and not of TripAdvisor LLC.
John S
Hamilton, Canada
412
Reviewed 16 October 2014
Un - Welcome Inn!!

I stayed at this 'motel'... it's not a hotel... for 'one night' in August 2014. Do yourself a favour....DO NOT STAY HERE! It was the worst experience I've had staying in a hotel/motel. My flight arrived late past midnight. When I arrived at this 'pit stop', the building housing the reception area was closed for the night. On the door was a letter addressed to me stating 'Your room is room #5. (The motel consists of 7 rooms attached in a row.. located behind the combo cafe/restaurant/reservation area building.) When I went to the assigned room or cabin, I was shocked to see the key to the room left inside the lock of the entrance door of the room. I didn't know if someone was secretly hiding inside the room to cause me harm.... anyone could have proceeded my arrival and been waiting for me. The room smelt musty or damp due to it location close to the beach. I wanted to arrange a 'wake up call', but was not able to.... there was no telephone in the room. I could not believe the room did not contain a telephone. I have never stayed in a hotel room that did not contain a telephone .... 3rd world countries included. The hotel check-out time is 11:00 a.m. Since I wasn't able to arrange a wake up call, I awoke at approx. 10:30 a.m. I immediately prepared to shower. As I was about to enter the shower... I heard a loud knocking or banging sound coming from the entrance door. When I opened the door... an older woman was rapidly screaming at me. My italian is not the best, but I understood she was yelling about the check out time. I told her in italian, I'll be checking out in 30 minutes.... it was now approx. 10:45 a.m. As I began to undress and have a quick shower... the older lady banged at my door again. With a towel rapped around my waste, I answered the door... and saw her aggressively waiving a piece of paper in front of my face. I assumed it was a letter or note specifying the check out time. Again, I told her I'll be finished and out of the room in 30 minutes. I took a quick shower and was beginning to shave.... when the lights in the bathroom and the rest of the motel room went dark. It was 11:00 a.m.... and someone had turned the electricity off for the room. I could not believe this had happened. I guess, in her quest to get me out of the room.... she decided to turn off the electrical power to the room... thus, forcing me out. I shaved and dressed in the near dark.... (I opened the entrance door to let in some light)... and quickly checked out at 11:30 a.m. Was this the typical form of customer service the motel offered. To make matters worse.... after arriving back to Canada, I received my bank statement a couple of weeks later,... and was angered to see they had charged my credit card 'twice' for the one night. They double billed me. I am presently attempting to resolve this issue with no success. Mastercard will have to intervene.

This review is the subjective opinion of a Tripadvisor member and not of TripAdvisor LLC.
View more reviews
PreviousNext
1…345…