We stayed in giannis hotel apartments for four days and were very happy about choosing this hotel. The owners are very friendly and helpful. Rooms are very clean and tidy, also the price was amazing in the high season. It's like staying by friendy. If we will come back to Milo's, we will definitely go to giannis! Thank you for the good time, efaristo!

Trip type: Travelled as a couple
See all 105 reviews
Payments made by partners impact the order of prices displayed. Room types may vary.
Nearby Hotels 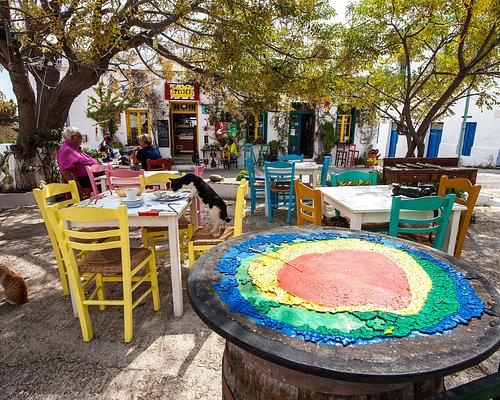 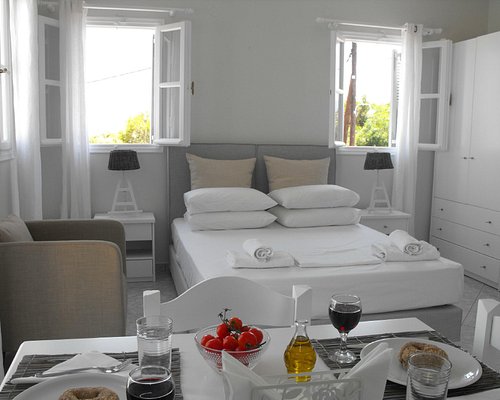 I had a wonderful stay at Giannis Hotel. It is a family run business and everyone I met went above and beyond to make me feel welcome and ensure that I had a pleasant stay.
The room was very clean and had an amazing setup with an outdoor sitting area, with facilities to also make tea and coffee for yourself (along with a small fridge).
When I was unsure of where to visit, I was provided with an amplitude of useful information about where to go and how to get there.
I would highly recommend staying here to anyone!

This review is the subjective opinion of a TripAdvisor member and not of TripAdvisor LLC
AALouise
Sydney, Australia
3722
Reviewed 13 September 2018 via mobile
Great value!

We stayed at Giannis for 5 nights and loved it! We contacted the hotel with our ferry arrival time and were collected in a mini van at the port, free of charge. Our room was huge! It was so nice to spread out over the 5 days. We were helped booking a rental car and a taxi to drop us at the airport. There is a laundry 50m from the hotel that was cheap and fast, great if you are an extended traveler. Restaurants and bars were also very close, usually 5min walk. My only gripe was the bed was hard, but so far I have found all beds hard in Greece.

This review is the subjective opinion of a TripAdvisor member and not of TripAdvisor LLC
pearllab
Worcester, Massachusetts
2
Reviewed 8 September 2018 via mobile
Pleasant Stay

We had a large comfortable room for a family of 4. The room had a Kitchenette and a little patio out the back door with table and chairs. George was Very helpful in answering any questions or directing us on were to go. Short walk to the downtown area. Was attentive to our needs and reached out and reserved a rental car. Nice stay at Gianni's Hotel.

This review is the subjective opinion of a TripAdvisor member and not of TripAdvisor LLC
Ellie E
Alderley Edge, United Kingdom
188
Reviewed 25 August 2018 via mobile
Great small hotel with amazing George !

Stayed with friends for 3 nights in August ! We had an amazing time in Milos, only made better by the hospitality of this hotel. It was perfectly clean and in a great location. Air con was also very good. The hotel was made even better by George who tended to our every need and was a genuinely caring man! If returned to Milos we would definitely come back to this hotel. Thank you George and your son!

This review is the subjective opinion of a TripAdvisor member and not of TripAdvisor LLC
377julianf
Bath, United Kingdom
3016
Reviewed 11 August 2018 via mobile
Don’t fall into their overbooking trap

We were moved against our will into a nearby hotel. Gianni is an arrogant character - if he takes to you, then he’s probably pleasant enough, but otherwise he treats guests as numbers through the door. Apparently the reason we had to move was that an old lady was taken ill in the room we were due to move into. Then it seemed it was a young boy who was ill. Then the family emerged from the room looking fit and healthy. Gianni will probably swear blind this was genuine but irrespective, it was his problem to sort out, not ours, but he gave us no choice, and we had a miserable night in the other shabby hotel as a result. Steer clear of this hotel, do not trust that your booking will be honoured, and seek elsewhere!!