Prices are provided by our partners, and reflect total costs of the stay, including all taxes and fees known to our partners. Please see our partners for more details.
wherenowbrowncow_com
London, United Kingdom
53

3 family holidays skiing and I will keep coming back. Parents out there - if you want a restful and fund packed ski this is the place to be. The kids club is great, the spa relaxing, and the food is the best of all the Club Med ski. Think top restaurant quality which changes every night - with a good dose of bologniase, pizza and ice cream thrown in for the kids to mean meal times easier. The best part for me - the service. When I looked exhausted from just putting on my ski boots, trundling out - someone often said would you like me to carry your skis for you? Oh my 'yes!', and as for the patient bar staff making my kids endless mocktails - thank you greatly. We'll be back again post Covid.More

Show less
See all 2,672 reviews
Payments made by partners impact the order of prices displayed. Room types may vary.
Nearby Hotels 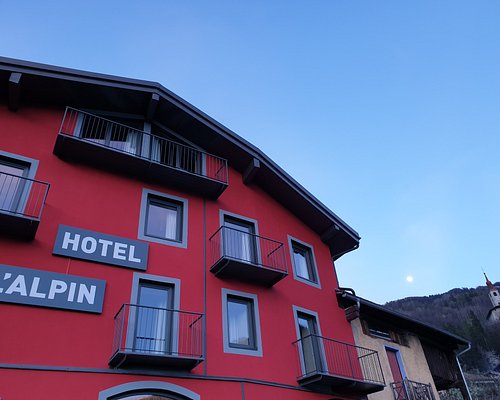 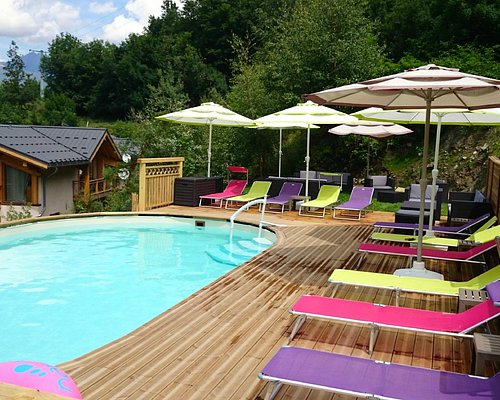 Our family, friends and business associates have been "Club Medding" for over 20 years - we've spent a total of more than 30 weeks at one Club Med or another! That has to say something for the traditional Club Med Formula. We're currently at Club Med Peisey-Vallandry for the 2nd time and it's a great place to spend a week skiing or snowboarding or just enjoying the sun and snow! But aside from the fact that the resort is looking a little tired (I'm told it's due for a refurb this summer) Club Med need to make more fuss of their "regulars" as well as their first-timers. Last year Club Med Les Arcs Panorama welcomed us with a bottle of wine and a "thank you for choosing Club Med again" card. It was the gesture which was important not the wine (it's an "All-Inclusive" deal after all!); this time around nothing - not even a welcome card! When my friend asked Management why Le Club doesn't make more fuss of GMs who have been coming to Club Med for more than 20 years the answer given was "the system doesn't allow it". I can offer a piece of advice to Club Med: SYSTEMS don't run resorts - PEOPLE do! and Club Med knows that better than anyone (or used to). Maybe a revisit of its customer service roots is needed if it wants to survive (and thrive) in the modern world of travel.

Room tip: as Jim Morrison famously sang "The West is the best" - you get the sunset!
Ask Ian I about Club Med Peisey-Vallandry - French Alps
Thank Ian I

This is the second club med i have done the first being Pragelato. Peisey is much much better!!! Better location better and a much better hotel feel. The staff were also brilliant and was a great vibe in the hotel with always something going on. The most fustrating thing with Clubmed and it is a major one) is they dont have any afiliation with an other mountain restaurants apart from there own and the kids are always coming back for lunch at the same place where they have breakfast and dinner., boring even for a 10 year old....so i took my kids with me the last 3 days as they can all ski. I just know if i book a different company i will miss the atmosphere in the hotel from the apres ski to the evening entertainment. (which the evening wasnt the best but still always something going on)
Probably one of the best ski holidays as a family we have had!!!!

Thank you for your feedback. We are delighted to know that you had a good time in Peisey-Vallandry. We've passed your suggestion on to the Chief of Village for his information and consideration.
We hope to welcome you a third time in one of our beautiful resorts!

Report response as inappropriateThank you. We appreciate your input.
This response is the subjective opinion of the management representative and not of TripAdvisor LLC
FMRG
Rio de Janeiro, RJ
65
Reviewed 23 February 2020
Loved the village, avoid the shuttle service

My family and I spent the last week of January at the Pesey-vallandry Club Med.
Overall it was a great trip and we loved the village. Below I list the positives and negatives:
1. Negatives
The major negative was the transfer to and from the village. We purchased the transfer directly with the Club Med and were led to believe that it was a private shuttle. We have been to other Club Meds in France before and always had private cars. But when we arrived in Geneva, after a very long flight, we learned that we still had to wait for another family that would be arriving in another flight, which arrived way after ours.
We waited for 1 HOUR, with a lot of complaining, before we convinced the Club Med people responsible that we shouldn’t wait any longer. The other flight had not arrived yet and we didn’t know whether those other guests would choose to go straight to shuttle or dine first. Either way, it was a very inconsiderate stance to guests. We eventually convinced them to allow us to leave on the van, since there was no sign of the other family. Club Med SHOULD NOT be selling shuttle services to customers arriving in different flights, since it subjects people to delays and long waiting times, when they actually believe they will arrive to a private car. The trip back was on a bus and quite early, but what annoyed us what the lack of information and flexibility from the front desk (especially the night manager). All this was relayed to customer services at the village and during our check in, but we got no response feom Club Med.
Another small negative was that we found the pool too cold.

2. positives
The village is situated in a big mountain with lots of tracks, and its great. We had a lot of fun and ESF teachers were the usual top quality. The big highlights were the food - especially the oysters and seafood served during the week - and the GOs in the miniclub. We have two daughters, 10 and 6, and they loved being at the mini club. We thank especially Mailla, Maylis, João and Dimitri, which made them feel safe and entertained for the whole trip. The girls made many friends and never wanted to leave the mini club activities. The kids party on the last day, with the dancing and pyramid of glasses on non-alcoholic champagne, was great fun. We really enjoyed the experience and felt that the GOs and village manager were really intent in making us feel good. The spa was really nice too.

With all the above, I do recommend the village. Just don’t use their shuttle service.

Thank you for this constructive feedback. We've passed it on to the resort for their information and consideration. We are pleased to know that you enjoyed the accommodations and we hope to welcome you again soon!

Report response as inappropriateThank you. We appreciate your input.
This response is the subjective opinion of the management representative and not of TripAdvisor LLC
michaelpopov
Toronto, Canada
1
Reviewed 20 February 2020
Overall just a great place!

Review collected in partnership with Club Med
This business uses tools provided by Tripadvisor (or one of its official Review Collection Partners) to encourage and collect guest reviews, including this one.
Ask michaelpopov about Club Med Peisey-Vallandry - French Alps
Thank michaelpopov

Thank you for your feedback regarding your stay in Peisey-Vallandry. We are delighted to know that you had a good time and we hope to welcome you again soon!

Report response as inappropriateThank you. We appreciate your input.
This response is the subjective opinion of the management representative and not of TripAdvisor LLC
shird636
Tel Aviv, Israel
9237
Reviewed 17 February 2020
Very good club just improve the food

We had a great ski week. rooms and club are very nice.
The ski room is very crowded, people are standing on each other
The food should get better, The quality of the ingredients is high but the cooking is just not good enough, no taste or creativity and its just shame.

Review collected in partnership with Club Med
This business uses tools provided by Tripadvisor (or one of its official Review Collection Partners) to encourage and collect guest reviews, including this one.
Ask shird636 about Club Med Peisey-Vallandry - French Alps
Thank shird636

Thank you for taking time to review your stay in Peisey-Vallandry. We've passed your feedback on to the resort for their consideration. We hope to welcome you soon in one of our resorts!

Report response as inappropriateThank you. We appreciate your input.
This response is the subjective opinion of the management representative and not of TripAdvisor LLC
View more reviews
PreviousNext
12…446