Not as advertised.....go elsewhere! - Review of Luxury Historic Governor Mansion 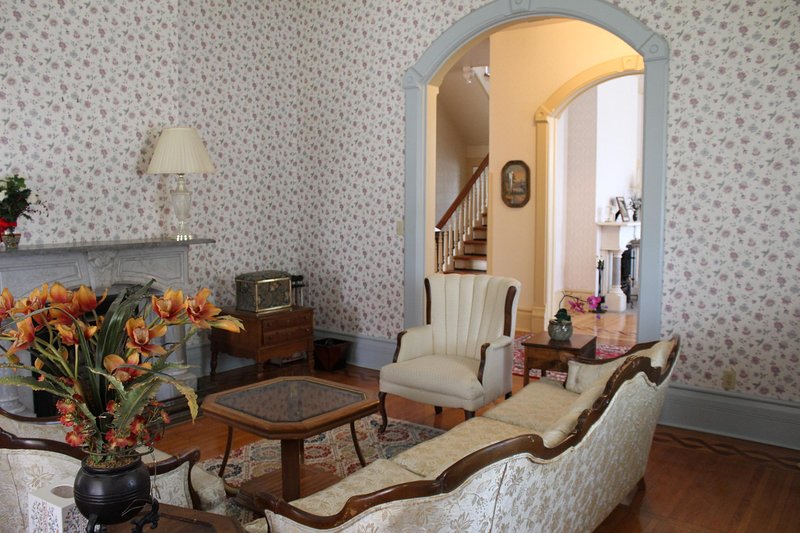 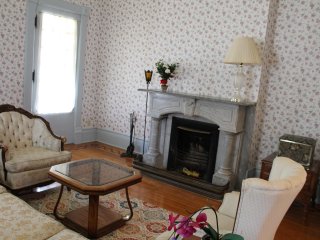 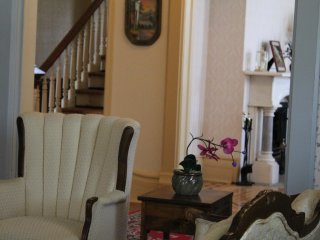 Poor - based on 1 review
Write a Review

84 helpful votes
“Not as advertised.....go elsewhere!”
Reviewed 15 December 2019 for a stay in September 2019
6
people found this review helpful

I had occasion to rent this property through another site that does not allow photos so I am reviewing here to give all a heads up....this is far from luxury! You will know by my other reviews that I do no embellish and give only honest reviews backed up by photos when the less than positive is necessary to share.
My son had to do a month medical rotation in this area. Since it was a month, we wanted to rent him something that would be comfortable and allow him to prep his own meals. This property is advertised on other sites as separate rooms with shared bathrooms and a full service kitchen. Best laid plans.....he was not able to use the kitchen the entire stay due to false representation which is clear in the photos I have provided.
The location was convenient and we went by the photos provided and the minimal comments offered by other individuals. Let me preface this by saying the landlord seemed amenable, however the property is not as advertised! It is an old mansion that is in a constant state of repair/disrepair and many short cuts have been taken. In the short time it has been offered, no care is being given to upkeep the property. The kitchen was filthy and unsafe to prepare meals in. The microwave had an unpleasant smell that would not come out even if wiped down. The refrigerator was full of old food, open containers and unidentifiable items. The faucet on the kitchen sink was ready to fall off. The sink and counters did not look like they had been cleaned in weeks. The floor in the kitchen was less than appealing. Flip flops or shoes needed to be worn at all times. The laundry room was in the basement of the property and when it rained, water would cascade down the stairs. My son also found an interesting notification laying on a table that the city of Wauwatosa did not respond to when I requested a call back from them. A second refrigerator was available for use, however it was plugged into a non grounded electrical extension cord which was definitely not up to code. There were doors and transom windows sealed/repaired with duct tape. During the stay, a stream of dirty shower water came cascading into my son's room via a leak in the ceiling. The landlord did address this immediately by turning the water off to that shower, however it was not repaired during his stay and thankfully none of the dirty water landed on his bed or any of his clothing items. This property was reported to the site it was rented on and hopefully by doing that someone will investigate and make the owners update or remove until the property is actually as advertised. One month rental is a lot of money and that money would have been much better spent somewhere else. I hope this review will help others not fall for the same trap. If I had seen the true item going into the rental, we would have never had our son stay in such a substandard property. Renter beware. Please see all photos for confirmation of what we are saying. It will be interesting to see if the owner once more tries to get friends and family members to counter the truth as he did on the other travel site.

Date of stay: September 2019
Would you recommend this hotel to a friend?   No.
Was this review helpful? Yes
This review is the subjective opinion of a TripAdvisor member and not of TripAdvisor LLC
Problem with this review? Thank you. We appreciate your input.

Travellers are raving about these Wauwatosa hotels

Looking for a place to stay in Wauwatosa?
View all 8 holiday rentals