Great. Suites are on the low floors though with no view - Review of Hilton Milwaukee City Center

USD 109
View deal
Free cancellation until 25/04/21
Reserve now, pay at stay
Expedia.comUSD 109
Agoda.comUSD 109
Hotels.comUSD 109
View all 19 deals
Prices are provided by our partners, and reflect total costs of the stay, including all taxes and fees known to our partners. Please see our partners for more details.
Payments made by partners impact the order of prices displayed. Room types may vary.
disport
Sydney, Australia
107112

Great. Suites are on the low floors though with no view

5 night holiday solo traveller room 905.
Great stay, walked everywhere as I had no car, it’s right near Amtrak and the tram. Uber anywhere was less than $15.
I booked a suite but wouldn’t have if I’d known they’re all on the lower floors with NO views. This is a historic property so it has its lovely quirks except the shower has very limited water flow and pressure.
The suite was large and perfect otherwise except for the plastic cups due to COVID.
Great sleep no sign of ghost like previous reviews.
The “Explorium Brew Pub” nearby was brilliant for dinner and Decent coffee down the street at “Canary Coffee.”More 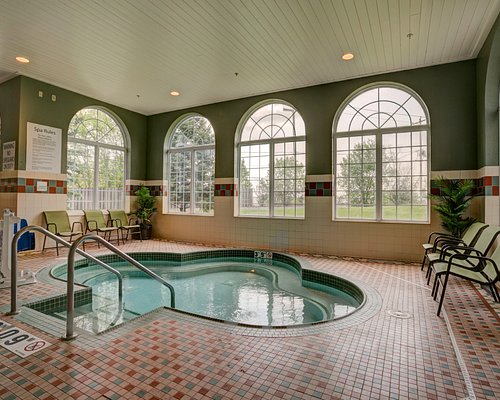 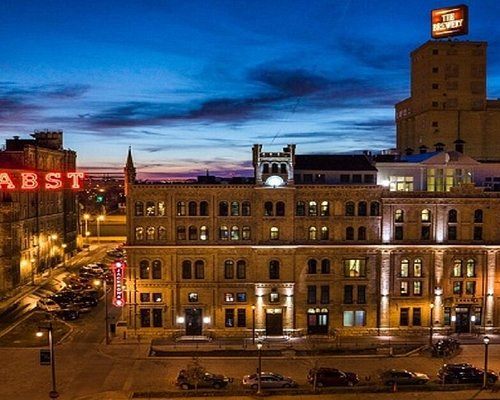 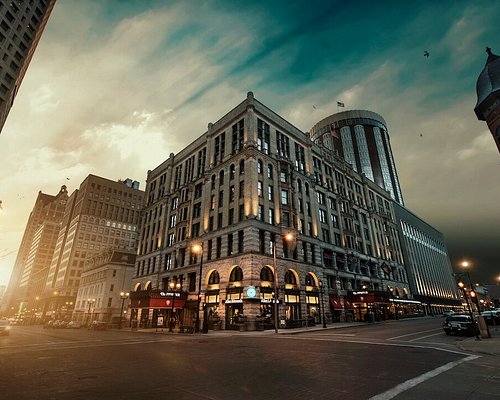 The hotel has a quiet elegance. We truly enjoyed our stay. The bed was beyond comfortable. The room was clean and quiet. The staff was friendly and accommodating. They even allowed my 11 year old son to sit and play piano in the lounge. It made his day! Unfortunately, we missed Millie, but maybe next time!

This review is the subjective opinion of a TripAdvisor member and not of TripAdvisor LLC
heywillhey
Schofield, Wisconsin
116
Reviewed 17 August 2020
Beautiful and Clean Hotel

The hotel is beautifully restored. There are lots of gathering spaces to meet friends in the lobby, and beautiful ballrooms for large gatherings. Elevators were fast. Room was exceptionally quiet. If you love historic places, you'll love this hotel.

Thanks for the great score and the great comments too! We can't wait for you to come back to our great city and hotel!


Report response as inappropriateThank you. We appreciate your input.
This response is the subjective opinion of the management representative and not of TripAdvisor LLC
krisgils33
Alexandria, Virginia
429129
Reviewed 12 August 2020 via mobile
Great

This hotel is beautiful. The common areas are very lovely and both the public spaces and rooms are super clean. The staff is great, I found them to be nice and helpful and very happy to have guests. My room was large and very nice. Bed was comfy. No complaints at all.

Thank you Krisgils33 for the great score and the great comments! We were so excited to welcome you in! Your comments have been shared with the entire team, we truly appreciate you!

We look forward to having you back with us soon~

Report response as inappropriateThank you. We appreciate your input.
This response is the subjective opinion of the management representative and not of TripAdvisor LLC
sophial84
13
Reviewed 26 June 2020
Great Staff, but Haunted

My mother and I had stayed overnight at the hotel, I had a volleyball tournament that weekend at the nearby event center. The moment I had stepped foot into the hotel after a long day of playing volleyball, I turned to my mom and told her the place was haunted. The classic, yet updated feel of the place hadn’t put me off, it was the energy. You could be the only one in the hallway and never feel alone.

I had a chance to be alone in my room, where my laptop would randomly bug out, turn music on and off, switch songs randomly. Quickly I took a shower, and felt anxious the entire time. The feeling dissipated a bit when I went downstairs to meet my mom at the restaurant on the main floor. They had great food, and the people around were great. However when we went back to our room, it was the same feeling of something else being there. My mom had wanted to leave to go back down to the lobby restaurant bar area, but I was too overwhelmed to be left alone. Then she took the liberty of telling whatever was there to leave the room, and her Siri went off on the other side of the room. It said “Well that’s not very nice.” We were totally freaked out, but the staff was very attentive and gave us a new room on a different floor within the next twenty minutes.

When we had asked the Staff member escorting us to our new room if he had ever heard of anything paranormal going on in the building, he said he hadn’t, and so did all the other Staff members we had asked. So I’m guessing they don’t want to disclose anything like that. We got to our new room, and from all the panicking and crying I did, I had fallen straight to sleep. The next morning I left immediately to my tournament, and told my mom I wouldn’t be coming back to the room. She waited until the car ride home later on to tell me how in our new room the drawers would close or open themselves, the bathroom light would turn itself on or off, and how stuff would get moved around.

Totally creepy, but to no fault of the Staff or establishment. The building has history, it’s beautiful, and is a great overall stay. I don’t think any of the spirits there were mean, I’m sure they were once guests there too.

This review is the subjective opinion of a TripAdvisor member and not of TripAdvisor LLC
R6422HXdanielleh
Milwaukee, Wisconsin
3014
Reviewed 20 April 2020 via mobile
Great hotel

We stayed in December 2019 and had a blast. The hotel was warm and cozy (we are from FL so we were freezing) and the bed was comfy. There was a Starbucks downstairs, as well as other restaurants, which was convenient. We walked everywhere from the hotel. The location was great! We walked to the Lake Michigan, the river walk area, the bars/restaurants, Bucks Stadium, etc. We definitely plan to be back.