USD 108
View deal
Free cancellation until 29/01/22
Hotels.comUSD 108
eDreamsUSD 108
CheapTicketsUSD 108
View all 15 deals
Prices are provided by our partners, and reflect total costs of the stay, including all taxes and fees known to our partners. Please see our partners for more details.
Payments made by partners impact the order of prices displayed. Room types may vary.
947kirstyb
Grenfell, Australia
42

The room itself was fine for the price. But it wasn't backed up by a standard of cleanliness. We stayed in a renovated familly room. The room is nice but the totally unrenovated bathrooms left a lot to be desired. The 'king' bed was 2 singles put together so you ended up in the crease of the bed most of the night. The bottom bed sheet was a flat sheet which did not fit the bed. You could clearly see the matress underneath. The spare blankets were dirty. With a crusty substance all over one... the bathroom door had a big dirty hand print across it. The shower had an empty shampoo bottle and used cake of soap on the floor. The place was not cleaned. Made me wonder if i was even sleeping in a clean bed. I wouldn't recommend this place.More

Thank you for your feedback. I regret that you were not satisfied with the cleanliness standards our the hotel, We have been training new staff this last quarter and have now thanks to your feedback implemented plans so this situation doesn't arise again, if we disappoint someone, we want it to be the last time.

Report response as inappropriateThank you. We appreciate your input.
This response is the subjective opinion of the management representative and not of TripAdvisor LLC
See all 167 reviews
Payments made by partners impact the order of prices displayed. Room types may vary.
Nearby Hotels 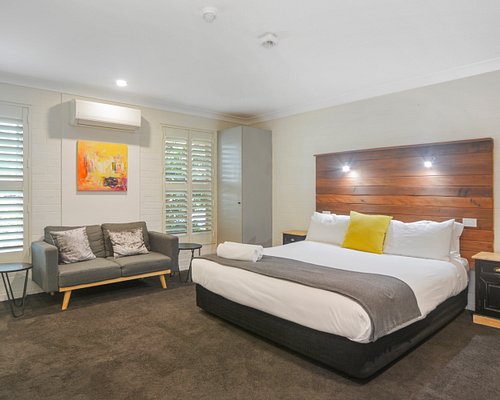 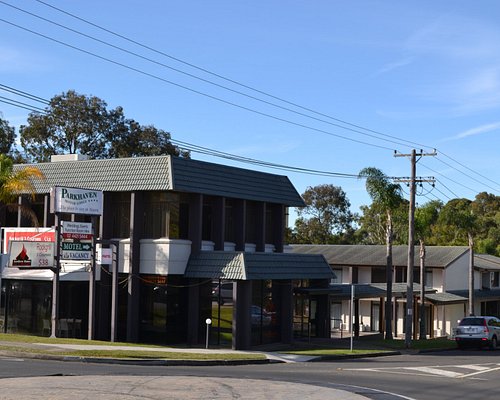 We stayed in the top floor apartment, lots of space great for a large family really comfy clean beds. tv has only 2 channels the rooms are very old & out dated needs a total renovation, the kitchen i would not use! bathroom was tacky however good enough for a very short vacation..breakfast was average we got that included in the price however theres no way in the world i would have payed extra for it not worth it

This review is the subjective opinion of a Tripadvisor member and not of TripAdvisor LLC.
tina457
Sydney, Australia
167
Reviewed 11 April 2017
Disorganised disaster

We travelled here with a large group and despite our best efforts to organise management at The Archer our assistance fell on deaf ears. My emails were rarely answered and on arrival some of our rooms were not set up at requested. Breakfast the next morning was a total disaster. they ran out of hot food before most of our group were able to even get to the breakfast bar, hot food was not replenished so most missed out. Tables had not been set up even though they were expecting us + at least one other tour bus + others. There seemed to only be one person trying to organise the lot, no manager in sight. Sad as this place could be really good with decent organisation. We will not have it on our schedule in future.

I am sorry you had this experience with us, The Archer Hotel values your feedback and we are making all attempts to rectify these issues to stop them happening again.

Report response as inappropriateThank you. We appreciate your input.
This response is the subjective opinion of the management representative and not of TripAdvisor LLC
ChezMilli
Springfield, Australia
216
Reviewed 10 April 2017 via mobile
Lost its luster

Well we just happened to call in and see if there was a room and we got the last one. The rooms are very tired, old, but at least clean.
The lady at the front desk could not have been more helpful and talk about jack of all trades, she checked us in, cleaned our room that the cleaners hadnt done, and was the cook at breakfast (excellent by the way) next morning. You need a wage rise! Wish i knew your name to give you the praise you deserve.
Just one issue. Please, when you know you've got a full hotel please clean all the duck poop from around and in the pool. Along with cleaning the tiles around the top of the water line. The pool needs a really good scrub.

Thank you for your feedback, The Archer Hotel values all feedback and we have taken this feedback on board and will be taking steps to rectify this situation.

Looking forward to seeing you again.

Report response as inappropriateThank you. We appreciate your input.
This response is the subjective opinion of the management representative and not of TripAdvisor LLC
jono13
Lake Macquarie, Australia
199128
Reviewed 9 April 2017
Could have rated higher.

Stayed here for a night on the way south. Warm welcome, room was dated but fine, bed was great - so comfortable. We looked forward to our brief stay. Unfortunately we were not left with the great impression. To get anywhere from the place, you had to cross what seems to be the main entrance to the hotel and Dan Murphy. Like crossing a racetrack - take your life into your own hands and run! Secondly, 'the breakfast' - the motel was full, so they had to know there would be a lot of people for breakfast. We got there about 8am and the food was nowhere to be seen. People queued in expectation but it was a long wait. As we queued, we saw three staff walk out for smoko! One poor girl left in the kitchen cooking, washing and serving! Ran out, not only of food, but also plates, cutlery, serviettes and coffee! This is such poor planning and execution of a significant service - someone needs to learn how to coordinate it all. So we had a good nights rest, but our lingering memory is that of waiting and waiting for something to eat!

Room tip: Don't bother with breakfast, unless you have a lot of time
Ask jono13 about Nightcap at Archer Hotel
2  Thank jono13

I am sorry you had this experience with us, The Archer Hotel has taken your feedback on board and have already taken steps to stop this situation from happening again. I do hope you return for a visit in the future.

Report response as inappropriateThank you. We appreciate your input.
This response is the subjective opinion of the management representative and not of TripAdvisor LLC
Country_Candy
Country
1548
Reviewed 7 April 2017
Breakfast fiasco - we ate with our bare hands & others forced to reuse unwashed glasses

Not wanting to get caught up in the mad crazy rush we decided to go back to our room & return for breakfast in 40-45 minutes & as we had to walk past Reception to do so we decided to report the situation.
Despite it being a time when Reception was suppose to be open there was no one manning the desk.........what a great way to avoid complaints!

So we returned to the breakfast room after 40 minutes, fewer people but NO hot food so we sat & waited - & waited - & waited & eventually a staff member appeared with a tray of hash browns & bacon but not nearly enough for those of us who were waiting. Honestly the sight of us all racing to the bain marie was akin to seagulls fighting over a few chips! :-)

Eventually we managed to get a few measly scraps of food on our plates only to be told there was NO cutlery available & it would be 15 minutes until it was out of the dishwasher so again we waited & waited & waited. After 15 minutes there was still no cutlery & when we asked staff about it we received nothing but a shrug of their shoulders.

Only one thing left to do & that was to eat breakfast with our bare hands!

Also there were no bowls or spoons for cereal, or knives to use with spreads on toast as they were all in the dishwasher, there were not even any clean glasses & I noticed 2 men simply pick up a dirty glass, wipe it out & use it, I wonder what the health department would think of the situation.
It was about this time that some guests hit on the idea to go back to their room & return with a glass from there to use.

By this time none of us left in the breakfast room had digested anything resembling a "decent breakfast" but we were still told there would be no more food bought out as "breakfast finishes in 15 minutes."

Many of us decided to report the matter as we checked out..........yes you guessed it, Reception was not manned so we could not bring the situation to the attention of management. The check-out system was nothing more than leaving your key on the Reception counter. (with multiple others)

In speaking with other guests, we drew the conclusion the multitude of car rally participants who created the chaos at breakfast could not all have stayed at the motel as the maths simply did not work out so it is obvious the breakfast room is open to the general public. FUTURE GUESTS BE AWARE OF THIS, ALONG WITH THE FACT THE SAME THING MAY HAPPEN TO YOU - THAT IS IF YOU DARE STAY.

In closing, a note to any of the car rally participant who may be reading; you may feel all righteous because your rally was for charity however you showed nothing but contempt for the staff who had to clean up after the terrible mess you made. The simple gesture of putting your dirty crockery & cutlery on the trolley provided for this purpose would have helped them immensely & ensured those eating after you had clean utensils to do so. You also left the food servery area in a disgusting mess, spilt milk, cereal, used tea bags & paper rubbish (from sugar sachets, butter pats, etc,etc) everywhere, this was despite receptacles being provided for this purpose.

I really don't have much to say about our room except to agree with anyone before me who described them as tired, not properly maintained & in need of renovations.

On a positive note, housekeeping does a wonderful job as our room was wonderfully clean.