We spent three nights in a one bedroom ocean front suite (334). The room was well appointed with floor to ceiling windows in both the living room and bedroom, together with balcony access from both rooms. Fathoms restaurant was good fir both breakfast and dinner. Great location to explore surrounding areas as well as Lincoln City.

The views were breathtaking with the beach just steps away.

We’re currently liking to purchase a unit at the in as each room is an individually owned condo.

Trip type: Travelled as a couple
See all 510 reviews
Payments made by partners impact the order of prices displayed. Room types may vary.
Nearby Hotels 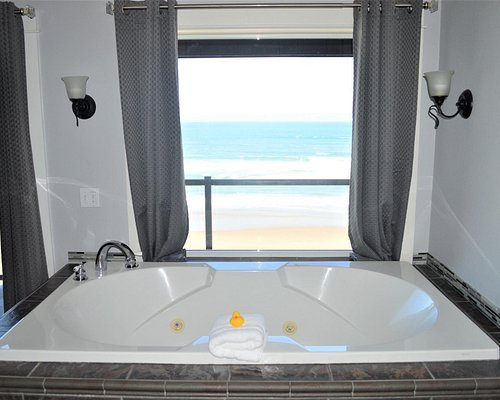 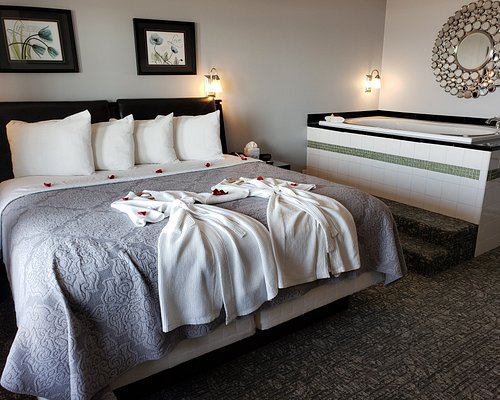 This review is the subjective opinion of a TripAdvisor member and not of TripAdvisor LLC
Ksquire1
Portland
75
Reviewed 29 August 2020
Great View, Crappy Hotel

Room 623 is very outdated, cheap, dirty, and cramped. Everything is falling apart. No A/C so its super muggy. The bed is a full, not a queen as advertised. We had to buy our own cleaning supplies and clean everything. Very disappointing. Won't be coming back. Horrible quality for the price. Front desk help was NOT friendly at all. I was so excited to finally get to stay here and it was a huge let down.

This review is the subjective opinion of a TripAdvisor member and not of TripAdvisor LLC
jessicaKMOD
Portland, Oregon
510
Reviewed 2 July 2020
Fine, not great. Probably won't be back.

We stayed here with another couple as park of a package that included a bottle of wine, glass float and a free dinner at the restaurant.

We come to Lincoln City a few times a year and usually stay at the D Sands.

Our room was fine. Standard size, clean, lightly decorated, decent view. We went up the other other couple's room on the 9th floor and holy cow, it was about 1/3 the size bigger and had a balcony about 4 times the size. The rooms were decorated differently which I understand is due to the fact that the units are individually owned. That was fine and understandable, but from a size and view perspective the other couple had the far superior room which is strange considering we booked with the same package. We asked to be moved and our request was declined.

Fathoms restaurant was great and the service was top notch. The first night we had neighbors who were so loud we actually had to go next door and ask them to be quiet. They kept it down for a while but we were awoken in the middle of the night to more loud noise.

The hotel itself was clean and relatively nice. There was a mandatory mask policy in place and I was disappointed that we saw several people in view of staff who were not wearing masks and were not asked to put one on.

There are two sweet kitties that roam the property that got pets every time we passed through. All staff was very friendly, although I do take issues with the agent who didn't move our room upon request.

Overall, this place isn't bad. The location is a bit further from the main drag but that also keeps the beach area less crowded. Unless we received another package as a gift we probably won't be back. For the price, location and inconsistency of the rooms we'll go back to D Sands. We prefer having the kitchen and the rooms with kitchens are WAY pricier at Inn at Spanish Head than they are at D Sands.

This review is the subjective opinion of a TripAdvisor member and not of TripAdvisor LLC
973SueM
Portland, Oregon, United States
208
Reviewed 20 January 2020
Not the place to be in the winter if it's windy

The staff and views were amazing. Every room is ocean front. However, our room was very cold, there is only an electric fireplace and in floor heat on the tile floor near the patio. We had to leave the fireplace on all the time, even when we were out of the room, to get to an acceptable temperature. Maintenance brought us a space heater which did help and they came very quickly. But the heater kept on blowing a breaker, it happened four times overnight.

Our most favorite hotel for a getaway, the location the beautiful rooms and the amazing view all wrapped up in one! Restaurant on site! Love love love the Clam Chowder and eyeing others food it all looks amazing!
Then before bed a soak in the Indoor Spa!
Pool was open and some were swimming something we’d enjoy in warmer weather since it’s an outside pool,but thoroughly enjoyed letting the warm water and Jetts relax us