Absolutely loved our stay here in a studio apartment our only complaint would be the restaurant. Meals were all items test we would not eat. I know this is not a place for pub meals but not everyone wants restaurant meals that are fancy a couple of plain meals on the menu would be a great addition to the menu.

Trip type: Travelled as a couple
See all 1,039 reviews
Payments made by partners impact the order of prices displayed. Room types may vary.
Nearby Hotels 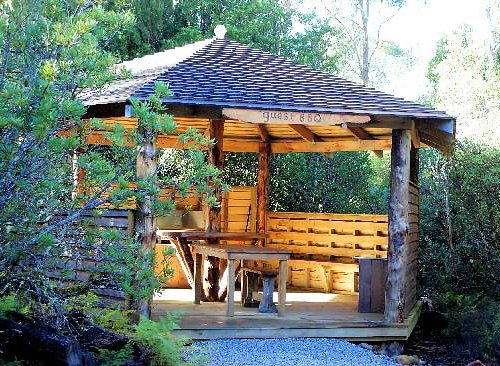 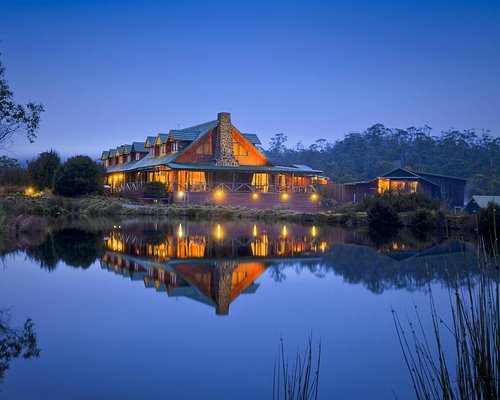 We could not fault our stay and found the accommodation to be good value for money. 4 of us shared a 2-bedroom chalet and found the standard better than similar places we had stayed at in Hobart and Strahan. The host at reception was very friendly and made us feel like they valued our business. We liked the location which is walking distance to the visitor centre and enjoyed our one night of dining in the restaurant. We were worried that we may encounter overpriced accommodation in an area as beautiful as Cradle Mountain, and came away from the Wilderness Village pleasantly surprised.

This review is the subjective opinion of a Tripadvisor member and not of TripAdvisor LLC.
cecilia_xx
Brisbane, Australia
307
Reviewed 18 October 2021
Warm and cozy stay

My husband and I had a 2 night stay in a premium spa cottage here. Price is not the cheapest but not unusual for the cradle mountain area and there are definitely more expensive places around. Our cabin was very comfortable and we were kept warm by the electric log fire and gas heater despite the near 0 degree temperatures outside. Bed was comfortable and the spa bath was a lovely treat after hiking all day. The cradle mountain visitor centre is a very short drive down the road and is also close enough to walk to.

We didn't go to the restaurant as we had brought our own food to cook in the kitchenette. Pots, pans, utensils etc were adequate for what we needed. There is also a coin operated laundry on site (can get change and washing powder from staff), which we found very handy.

This review is the subjective opinion of a Tripadvisor member and not of TripAdvisor LLC.
wombatdavid
Hobart, Australia
17761505
Reviewed 27 September 2021
Not recommended - overpriced for what they are

We have stayed here many times in the past and used to love the $99 local specials… those days are long gone; even in COVID times they charge well over $200 for a basic cottage and even more for spa cottages. We booked a cottage for $240 per night for 2 nights. As we were celebrating a special occasion, we asked if we could be allocated a private cottage.

We had also messaged them ahead of time to ask if they had a full oven as we wanted to cook pies. They came back with a message that was just incomprehensible text. I went back to ask again and got a terse call back saying if I did not understand their email, I could call them. Then they emailed telling me everything they did have with a final line at the end of the email saying no oven… OK, all good – we took our own small convection oven from home.

When we arrived, we were allocated cottage 24 which was sandwiched between 2 large family units – not the private experience we were hoping for. We called reception and were told we could not change rooms but they would call us back in 2 hours if anyone had cancelled. We never got a call back (and this was before the power cut so they can’t use that as an excuse – more on this later). So we unpacked. Both felt underwhelmed by the cottage that we were paying $240 a night for. No excuses please about remoteness – we’ve just come back from a $230 cottage on Flinders Island which offered a full kitchen, spa tub outside, open fire and waterview – they are much more remote than you!

I was halfway cooking dinner when the power went out. This was a windy and snowy night. The receptionist had told us when we checked in that there were no worries with power as they would turn the generator on and we would never be without power (no more than 30 seconds and it will all come on!). Two hours later and they were still trying to get power on. There are no torches in the rooms at all. We sat in the bar with no offer of a drink on the house.

Finally, they got it sorted and we went back to our cottage. Oh joy – the generator is right next to cottages 23. 24 and 25 – don’t ever stay in these cottages. Allegedly in a sound proof box, we could hear it. Luckily the mains power came back on later that night. I gave feedback to someone who called us (Shawn or Steve?) and was sarcastically told that we just had to have the noise or would we prefer they turned off the generator? Hmmm that is no way to speak to your guests.

We love Cradle Mountain. We loved the snow. We saw wombats and walked for hours in this amazing park. But we do not recommend these cottages. Over-priced and poor service. We will go to Discovery or Highlanders. We don’t think they care about us locals anymore – but that is a silly attitude. We come at least once a year and make recommendations to friends and family.

Room tip: Do not stay in 23, 24 or 25 in case they turn the generator on
Ask wombatdavid about Cradle Mountain Wilderness Village
2  Thank wombatdavid

This review is the subjective opinion of a Tripadvisor member and not of TripAdvisor LLC.
bailey_adelaide
Adelaide
7131
Reviewed 12 September 2021 via mobile
Great Place to Stay Near the Park Entrance

Clean comfortable accommodation only a short drive from the Cradle Mountain visitors centre.
Spacious living area with a dining table and kitchen. Two roomy bedrooms and modern bathroom.
Very quiet at night with some wallabies wandering around near the cabins.
Staff were very friendly and helpful in suggesting which walks to do around the national park.
The restaurant was closed when we there so we had nice dinner at the tavern at the Peppers Lodge which was a few minutes drive away.
I would recommend trying to spend a night at Cradle Mountain as it's a very peaceful place and the Wilderness Lodge is a perfect place to stay for friends and family.

This review is the subjective opinion of a Tripadvisor member and not of TripAdvisor LLC.
benmR8812MD
Hobart, Australia
216
Reviewed 10 September 2021 via mobile
Comfortable chalet accomodation

We stayed four nights in a lovely little two bedroom chalet which had a nice, spacious bathroom as well as good living space. The kitchen was adequate for small cooking, having a two plate induction stove as well s electric frypan and all the usual crockery and cutlery.
The chalet was attractive and warm despite cold and windy weather.
We would definitely stay here again.