I have just spent a weekend at Yarnfield with 200 delegates at a Maths Jam and the location was ideal for the event. Spacious, easy access and friendly and helpful staff. The bedroom accommodation is basic but comfortable, especially the bed. Food was wholesome and plentiful with a good variety.

The conference facilities are spacious and the service for replenishing water, etc was efficient. Having coffee "on tap" was an added attraction.

See all 227 reviews
Payments made by partners impact the order of prices displayed. Room types may vary.
Nearby Hotels 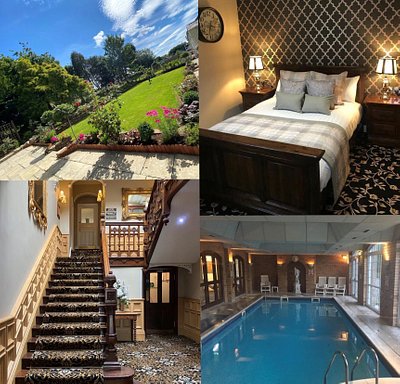 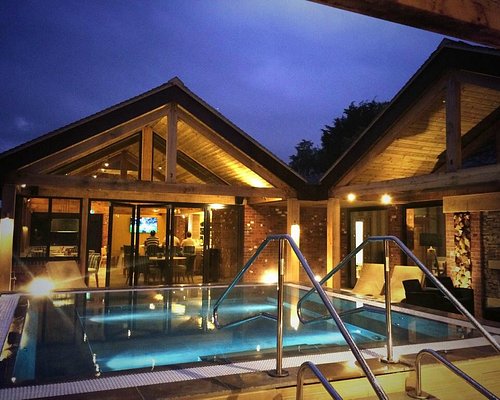 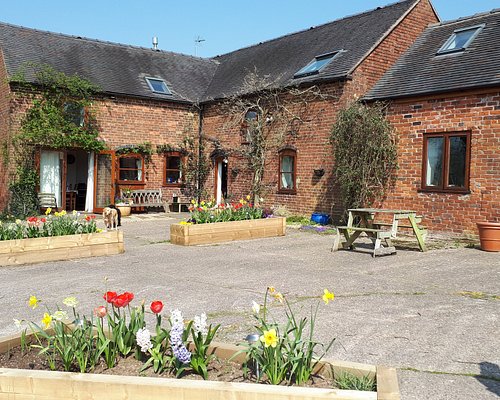 I've been staying in yarnfield for over 2 weeks now and I must say I've enjoyed my time thoroughly. The staff are lovely and welcoming, especially, Kemal, David and Naiomi. I reccomend this place to all.

This review is the subjective opinion of a TripAdvisor member and not of TripAdvisor LLC
ChungTing
London, United Kingdom
307
Reviewed 17 November 2019
My company pays £100 a night for this! Pitiful and disgusting

Staying at Yarnfield hotel is very much alike staying in what I would imagine a prison or a hostel for recent parolees would be like. Except for the front access door to the 3 of 4 different hotel blocks aren’t secure and anyone could walk-in off the street.

My first room (standard room) in C block was dismal. It looked dated, tired and when you look closer you will notice the lack of cleanliness all over the place. There were dead insects and other assorted dead insect guts left over scattered over the room especially on the window and net curtains. The room smelt damp and surprise! There was an actual A3 paper sized bit of mould/water staining on the ceiling above the wardrobe in my room plus black mould in the bathroom.

Doors would repeatedly noisily slam shut throughout the night and day plus the walls are thin so you can hear your neighbours. The carpet was not vacuumed at any point in my 5 day stay nor was it done after the previous occupant had vacated as I could see their ‘leftovers’ and there was an issue with replacing old used towels for new ones despite following the instructions on the sticker in the bathroom. The cleaning staff, as nice as they are, seem lazy and management are to blame for not keeping up standards.

The TV remote was disgustingly sticky from being so well used and never cleaned. The TV hadn’t been tuned for a couple of years so didn’t work very well which fits well with the whole Yarnfield experience.
The food is tasteless for the majority but the desserts (which they probably get delivered in) is great when the huge influx of flies doesn’t have their way with it. We had an issue one week with a infestation of flies in the dining area where food is left out in a buffet style set up during meal times and the fly zappers weren’t deployed fast enough so we were sitting there swatting flies away from our food at the dining table in a very very warm dining area.

The pillows, duvet and bed felt sticky and are so uncomfortable that I didn’t get much sleep. Plus the thoughts of poor hygiene really didn’t help.
You have a desk, wardrobe, two bedside tables, one lamp, a creaky bed, mirror and a hairdryer all from the mid-90s from the looks of it all.
The gym is a tiny box room which gets very cramped when more than 3 people decide to use it at the same time and it took 3 weeks to get the safety clips for the Olympic bar.

My second room which is called the “Superior room” really did impress from initial impressions. It looked like it had been refurbished not long ago and the wardrobe and hairdryer were actually useable.
The room looked modern and I would’ve been happy to bring someone back there without being embarrassed but as usual with Yarnfield, it wasn’t without its problems.
The room which was in what we called “D block” wasn’t vacuumed the whole time I was there nor was it done after the previous occupant had left. There were yellow scum marks in the sink that were there for my whole stay and the TV remote was disgusting.
I never even heard a vacuum cleaner being used on any floor or any other room. There was dust, fluff and hair from previous occupants on the bed, bathroom and bedroom floor although it wasn’t a lot but it was noticeable. The issues with the replacement of towels persisted and the food was bland as usual except there wasn’t any flies this time.
Dead insects on the window sill, doors slamming despite the supposed refurbishment of the block and my bed springs were on their way out.
My bed springs were noisy and uncomfortable as they would poke me and I’d imagine it was a reused old bed despite the rest of the room being refurbished.

The third room was worse than the first as it was in W block standard rooms.
It has two single beds and one bed was on wheels so sitting up in bed meant I almost did backflips the first couple times when the bed moved under me. The decor was mid-90s flavour again with a generous smattering of dead insect guts on the walls, ceiling and loads of dead insects on the window sill which blatantly hasn’t been cleaned for some length of time.
The lack of hygiene continued with someone else’s hairs in the bathroom and a good bunch of hairs tangled up in fluff on the floor next to the beds.
Using the hairdryer smelt like the element was burning, there wasn’t a desk, the bathroom shaving light wasn’t operational and the light switch for the main bedroom ceiling light was done the wrong way round. Am I being petty?
The only thing I liked was that the TV worked properly and as usual the water pressure was excellent. I am honestly and genuinely scared to walk barefoot anywhere in any of my rooms incase I catch something.

“G block”
My room smells of damp. The floor doesn’t look like it’s been vacuumed so I seriously doubt the bathroom floor would ever have been disinfected. There is some brown looking stains and ‘stuff’ on the bathroom curtains and wall and there are hairs which aren’t mine smattered all over the place.
The bed springs are noisy.
The TV hasn’t been tuned in probably years so trying to relax and get my mind off the accommodation issues isn’t working.

I cannot for the life of me understand how this place gets as many good reviews as it does. All of the few dozen of my colleagues which I have spoken to have found similar issues with the towels, room hygiene, food and more (watch out for the out of date condiment sachets!).
Since they don’t bother vacuuming after every guest I would bet they don’t bother disinfecting the bathroom either. Equipment such as TV remotes which get a lot of contact and dirt were never cleaned. No air conditioning so when the mercury hit 32° + it was stifling in the room. Every single block was noisy because the doors door not soft close so expect slamming doors at all times of the night and if you have a room facing the outdoor smoking area or walkway then expect more disturbances.
Proof that you should take online reviews with a huge grain of salt. You have been warned. 4.5/5 for Yarnfield? I’m sure Venezuelan prisons get at least 4/5 on this scale.

Due to work commitments I have now stayed in every single block and multiple rooms in some blocks which Yarnfield has to offer over the last 5 weeks so I know this place well.
If you don’t mind sleeping, showering, exercising and trying to relax in the hair, fluff, nail trimmings and who knows what else of numerous previous guests then book now OR stay at the Holiday Inn Stoke on Trent which is a easy <20 min drive away and so so so much better.

Also to note a colleague of mine hurt his shoulder/arm and after going to reception to get help the receptionists decided that his injury wasn’t serious enough for them to call an ambulance and they declined to call him a cab to take him to A&E. It turned out he fractured his collar bone. Pitiful service by the hotel to which my company apparently pays £100 a night per person to accommodate.
I could’ve taken photos of every single issue but I really didnt have the energy for that because we’d be here for a while.

This review is the subjective opinion of a TripAdvisor member and not of TripAdvisor LLC
Richard D
Clitheroe, United Kingdom
93
Reviewed 10 November 2019 via mobile
Great Conference Centre

The rooms are very clean and functional with tea, coffee and biscuits provided.
The meals are also good quality with plenty of choice and they have numerous conference rooms to suit many sizes of attendees up to about 60 I would say.
The reception desk is also manned by polite and informative staff.
I can recommend.

The food is quite good with various selections. The bar has 2 pool tables, Table Tennis, Dart Board and Large TVs showing live Sport.

It's an ideal Hotel for conferences.

I've been with BT/ Openreach for a considerable proportion of my life coming to Yarnfield training centre on many occasions for further training/ development and most importantly experiencing the delights it has to offer with its on-site restaurant...…

Whenever I come to Yarnfield training centre I've always been very welcomed by the staff at its onsite restaurant in particular Chelsea Gardner who I can’t thank enough when it comes to choosing what food I can eat. Chelsea always greets you with a wonderful smile and always says hello to the people who dine at the restaurant. Unfortunately for me I suffer from certain food allergies which is a shame when there are so many wonderful delights to choose from.
whenever I visit the restaurant Chelsea’s always been very helpful and very knowledgeable assisting me with the variety of foods she recommends I’m can eat and the foods I should avoid from setting of my food allergies. I can’t thank the staff enough and especially Chelsea for making my experience so less stressful and so pleasant when experiencing the wide variety of foods the restaurant has to offer.