Convenient for Matlock and much cheaper - Review of Red Lion Hotel

Convenient for Matlock and much cheaper

My wife and I stayed here as we were breaking up a journey from Cornwall to Liverpool and decided to visit Matlock Bath as we hadn't been there for years. The prices in Matlock itself are quite high, as is normal for that type of place, however, this is 10 minutes away and served by an excellent bus service, right outside the door.
The young lady who checked us in was very polite and friendly, she also gave us good advice as to how to get to the places we wanted to visit, infact, her boyfriend actually gave us a lift into Matlock as he was going that way.
Room was very spacious and clean, with plenty of tea and coffee. Nice quiet location with plenty of varieties of real ales on tap.
Breakfast the next day was superb, served by an equally friendly and helpful member of staff.
Would I stay again ? Definitely it's a much cheaper alternative to staying in Matlock itself.More

Show less
Trip type: Travelled as a couple
See all 123 reviews
Payments made by partners impact the order of prices displayed. Room types may vary.
Nearby Hotels 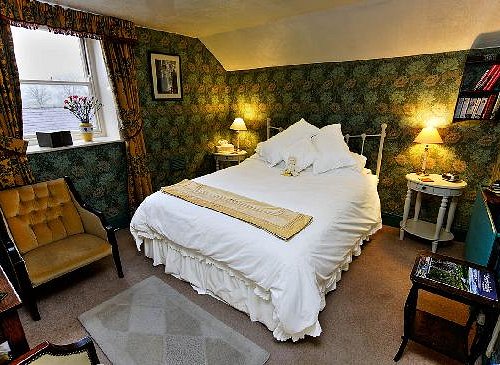 We booked for 2 nights initially, but called up 5 days in advance to say we couldn't make one of the nights. The manager cleared it and said it would be fine. When we arrived at the hotel for our one and only nights stay, we had been charged for both nights with some of it taken out of our deposit. We were informed that an employee had a phone call to say that we were actually coming for both nights, when we had clearly not made another phone call. There was no communication of who made this call. We definitely didn't.

Deeply disappointed in service and will be trying to gain our money back through our bank now that the management are unwilling to do anything about this.

A real shame as the room wasn't bad, although very noisy from bar guests.

This review is the subjective opinion of a TripAdvisor member and not of TripAdvisor LLC
Marilyn A
Warrington, United Kingdom
3911
Reviewed 8 June 2019
A disappointing stay

A friend and I were booked into this hotel for 3 nights however after the first night we decided to check out and find somewhere else.
On arrival only 1 room was ready for occupation and Anna, who checked us in at the bar, checked 4 more rooms before she found one that was ready for use. This meant that instead of being in adjoining rooms we were on different floors. The rooms were nicely furnished and comfortable however there was a problem with the electrics in my bathroom which caused the ceiling light to keep going out which was a bit unnerving when it happened while I was having a shower! After the bar closed and the staff left we realised that we were the only people in the building and there no instructions in the rooms about who to contact if there was a problem during the night. The whole place seemed tired and unloved and poorly managed. There were 2 mattresses and a number of tablecloths blocking the corridor on the floor where my room was. We decided not to eat there for dinner and went to a pub nearby however breakfast the following morning was excellent. The 3 members of staff that we met were friendly and helpful but the manager was nowhere to be seen. When we left we were checked out by the cleaner!

Ask Marilyn A about Red Lion Hotel
1  Thank Marilyn A

This was a great place.
It is convenient and central, the rooms are good, the proprietor and staff helpful and friendly.
Car parking was convenient
Good beer and wine at the bar
Good breakfast service
Interesting history

Ask Colin B about Red Lion Hotel
Thank Colin B

This review is the subjective opinion of a TripAdvisor member and not of TripAdvisor LLC
Veronica B
Ware, United Kingdom
7640
Reviewed 30 April 2019
Very Friendly, Welcoming and Comfortable Room

Stayed one night in late February. My Husband and I were attending a Friend's "milestone" Birthday Party in the hotel and we had a room in the corridor off the main building and stairwell. It was a room with two double beds in - one of them on the floor, which was quirky yet fine. Our room was quiet, yet another room, possibly nearby, was apparently affected by the noise of the extractor fan, so that's possibly one to avoid. The function room was nicely decorated, retaining its Georgian and historic character, yet modernised well. Staff were all friendly and efficient and I'd particularly single out "A" for praise. She was on both for the function and breakfast the following morning. Her colleague who assisted at the function was also friendly and efficient. Breakfast was great, lots of choice and taken in "The Snug" (?) on the other side of the Hotel from the main entrance. It's an historic room and there was a fire laid for guests. It's nicely decorated and retains its character. Also, the pm we arrived (Saturday), the Manager showed us a spot to park in the car park at the back through the old carriage arch. He had said on the phone that the car park would be busy Saturday pm with post-match sports people coming for refreshments in the main bar. This was indeed the case. Yet he made the effort to come out to us and make sure we had a spot - that was appreciated. All in all a good stay in a very characterful, welcoming Hotel.

I arrived after a long journey a little after 8pm to find that they were not serving food but I was told what was available locally. Checked in at the bar (no reception).

Showed into room 6. Tired decor, chipped pain and peeling upholstery but clean and comfy bed. No double lock on the door . No overnight reception or phone number to contact anyone in an emergency - as a lone traveller, I didn’t feel safe although there were no issues. I was informed that breakfast would be served between 8-9am - too late for me as needed to be at work by 8.30am. As I left the building early the next morning, there was a young man in the yard when I left who offered breakfast at this point - by which time it was too late to change my arrangements.

Toiletries, Bottled water and the Coffee with cafetière was a nice touch, although only one sachet provided (one cup).

Tiny ensuite built into the chimney breast alcove, not able to sit comfortably on the toilet without the door open. Shower not used as room was so cold couldn’t bear to.

Wifi - available but no password provided on check in or anywhere in the room, by which time I needed this, the bar had closed! There was a desk/dressing table to work at, but no socket on that side of the room for the laptop, poorly thought out.

The main reason for my low scoring review was the noise and room temperature contributing to no sleep AT ALL. Prior to closing time, the bar below was having some kind of banjo lessons or amateur music. This was extremely irritating and felt very noisy although there are only a handful of people in the bar. The single glazed window did not fully shut and there was a very loud motor/extractor fan outside the window which went on and off continuously from 1am - sounded like a plane taking off every 20 mins. The room was also very cold, not helped by the window and the radiator was not on.

I cancelled the second night booking as there was no way I could endure another night.

I have delayed putting the review on as I hoped the £140 paid for 2 night dinner, bed and breakfast stay may have been compensated in some way as I only stayed 1 night and didn’t have a meal (not through choice), however the no-cancellation policy has been referenced and company has been charged in full. I have raised this with the travel organiser and will make sure that this “hotel” is removed from the business site so no one else experiences what I (and other reviewers) have experienced at the Red Lion.