Booking.com
Hurb
CheapTickets
View all 11 deals
Prices are provided by our partners for one room, with variable occupancy rules as provided by the property, and reflect total costs of the stay, including all taxes and fees known to our partners. Please see our partners for more details.
Payments made by partners impact the order of prices displayed. Room types may vary.
vinceh836
1

What an amazing place. We had two nights in this lovely place and would come again in a heartbeat! Our water view suite was right on the wharf. We had breakfast on our own private little garden with the morning sun. We had an amazing view of the bay. In the evening we sat next to the lovely little gas fireplace! Everything was close by. Pub, Botanical Beach and the incredible sandy beach on the Pacheedaht First Nation land.
Thanks, Renfrew Wild! We'll be back.

Trip type: Travelled as a couple
See all 269 reviews
Payments made by partners impact the order of prices displayed. Room types may vary.
Nearby Hotels 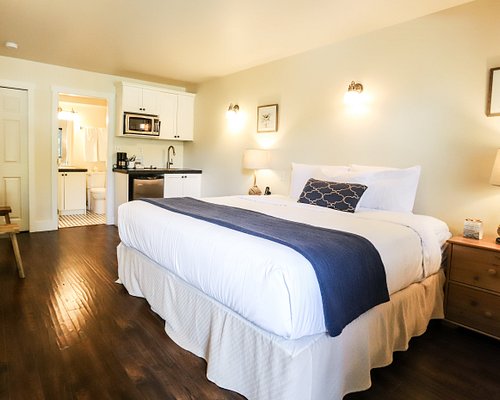 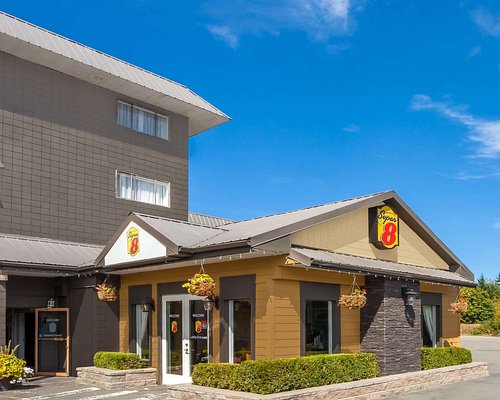 Our stay at the Renfrew Hotel was extraordinary. Every element was perfect from the fireplace warming up our feet when we walked in, to soaking in the tub and having a long relaxing sleep-in. And that view! We will definitely be back!

This review is the subjective opinion of a TripAdvisor member and not of TripAdvisor LLC
BKandAK
Victoria, Canada
4211
Reviewed 9 April 2021
We would recommend

Our reservation was handled by a very friendly staff person. The "no contact" check in process was easy. Our cottage was cozy, comfortable & very clean. We would definitely stay at Seaside Cottages again.

This review is the subjective opinion of a TripAdvisor member and not of TripAdvisor LLC
CarolinefromCanada
Vancouver, Canada
3724
Reviewed 19 March 2021
Amazing spot!

We had an excellent stay at the Wild Renfrew Seaside Cottages with our 2 kids in March. The cabin was spotlessly clean and perfect for our family of 4. The cozy space is new and tastefully decorated. The kitchen is fully stocked with pots, dishes and utensils. The restaurant pub is close by and offers great food. Port Renfrew is a lovely base camp for many wilderness hikes, beach walking and a visit to Lonely Doug (a must see!) and the Avatar Grove Forest . I think this is likely the best accommodations in town. Have a great trip!

This review is the subjective opinion of a TripAdvisor member and not of TripAdvisor LLC
Q1436ERrachelk
Nanaimo, Canada
41
Reviewed 2 March 2021
Most amazing weekend getaway!

We went up to Port Renfrew this past weekend and everything from booking to check out exceeded all expectations. The guest services manager, Katie, was incredibly helpful and organized everything for us for a flawless stay. All Covid policies and procedures went above and beyond and at no point did we feel uneasy about anything. We stayed in the Penthouse Suite at the Seaside Cottages and really lucked out with weather! The views of the ocean and mountains were breathtaking and made you feel like you were almost vacationing somewhere in Hawaii. Absolutely a wonderful stay with Wild Renfrew, would definitely 10/10 recommend.

Wow Rachel!
Thank you for your thoughtful review, we are so pleased to hear you had a wonderful stay with us and that the hardwork and dedication of our team put you at ease and made you feel comfortable. We will be sure to share your kind words with the whole team, especially Katie and we all look forward to welcoming you again.

Report response as inappropriateThank you. We appreciate your input.
This response is the subjective opinion of the management representative and not of TripAdvisor LLC
Q9424HNsandys
1
Reviewed 28 January 2021
Our experience with Wild Renfrew Seaside Cottages a massive disaster.

This was a place that I had been yearning about going to for years. Finally we bit the bullet and booked. That is where things went sideways. First let me say the site is amazing and the staff at the Pub were lifesavers. Our tale of woe goes like this; we arrived after a drive from hell, in the pitch dark, rainy and with road construction taking place adding to the ordeal. When we arrived and went to the office there was a notice informing people that the office had moved. Please remember the comment of pitch dark and rain. Not knowing Port Renfrew and having no idea where the office was (we discovered we had driven past at the top of the hill, but because of the lack of lighting and clear signage we missed it) we were understandably concerned and truthfully miffed. When my husband returned from the non-office he was met by another couple who had arrived earlier in the day and confirmed there was no staff available. Into the pub he went and was told by staff that this happens frequently. To cut out the step by step happenings I am going to go to the conclusion of this. First we missed the online regristration (this was our error) and it was only by fluke I had the IPad with us so we after a good length of time we sorted out which cabin we were in. When we returned home and I was in contact with the manager there was no taking any responsibility for: no lighting on the outside the cabin, could not even find the numbers on the unit, no lighting in order to be able to unlock the door which has a specfic sequence to follow in order to gain entry (again the people from the parking lot came to our rescue demostrating how it worked), when we booked there was a special on when you booked you got a $75.00 prepaid Visa WRONG!! the value was only $65.00, and because I had read there was a possibility the Coastal Kitchen might be not be open I specifically asked if it was in operation and was told it was at the time we would be there. The correspondence with the manager was a waste of time. Not once has there been any movement to acknowledge the failure by them to show any customer service. We completely felt that we were a dollar sign and after getting payment really did not matter. They have a beautiful setting and tough luck for you if something goes wrong. It was pointed out that there was a physical danger because of no lights and that did not matter a whit. In end the result has been that the weekend that a group of us were going to spend there was cancelled, the whole experience (with exception of the pub staff. Kudos to them) has left a bad taste in our mouths and we recommend from our personal experiences and in our personal opinions there are other options available to visitors that are better priced and have actual customer service.

We make a great effort to respond to each review with appreciation and an open mind allowing every situation be a lesson for us to grow and improve. We assure you that we will also try to take away growth and improvement from this situation but there are moments that we feel like we need to defend our kind and hard working team.

Our manager and staff have gone back and forth with you in private to try to help mediate this. The hard thing for us about your review is you really dusted over the part where you missed 3 pre arrival check in emails full of vital information especially during a critical traveling time. We did everything we could before you arrived to ensure you were prepared for your visit with us during a global pandemic.
We are practising a contact free check in to ensure the safety of our team, our guests and our remote community.
You disregarded every email we sent you before you arrived and then you were furious with us when you didn't have the important information you needed for location, check-in process etc.
We are truly sorry it went this way and we sincerely wish you well.

Report response as inappropriateThank you. We appreciate your input.
This response is the subjective opinion of the management representative and not of TripAdvisor LLC
View more reviews
PreviousNext
123…
<script type='text/javascript' crossorigin='anonymous' async onerror='__scrip