Love coming here! Been coming here for 14 years and i always have a great time! Only thing that sucks is there isn’t much service or wifi there. so younger kids or teenagers might be upset about that but it’s good to get away for a couple of days! They have so much to do! Great place!

Trip type: Travelled with family
See all 18 reviews
Payments made by partners impact the order of prices displayed. Room types may vary.
Nearby Hotels 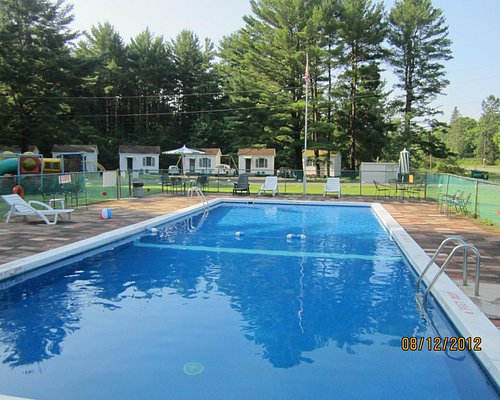 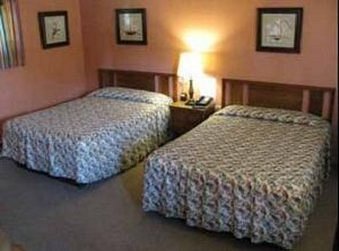 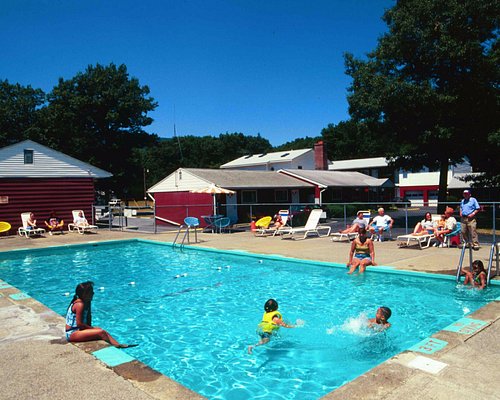 I recently returned to Glen Brook after 12 years or so and the place hasn't changed. An excellent family get together/reunion or just get away from it all destination. Prices that won't hurt your wallet by any stretch, plenty of outdoor activities to try and an outstanding pool with waterslide (bring your own towels). You won't read about the food in Zagats, but if you're fine with good, steady, plentiful comfort food in a clean dining room with a very attentive friendly staff then you'll be smiling throughout your stay. Rooms are nothing fancy but you'll be spending very little time there. The on site bar has an English Pub feel as people of all ages gather there every night for games, Karaoke and music. A wonderful family destination that won't set you back an arm and a leg.

Room tip: The Ranch House is set apart and might be a problem for the elderly or people that can't handle a small hike
Ask BillyCee about Glen Brook Farm
Thank BillyCee

This review is the subjective opinion of a TripAdvisor member and not of TripAdvisor LLC
tomredmondemail
East Meadow, New York
21
Reviewed 26 August 2018 via mobile
Park, get room key and start recharging your own batteries.

If you”re looking for the mint on your pillow, a business center and the goose down covers during your vacation than I would highly recommend going else where. If you require rooms with no paneling on walls, updated appearance and closed closets you need to go else where. However if you are looking to pull into a parking spot, get your room key, unload your luggage in a air conditioned basic room, see smiling faces every single day, hear hearty laughs, have your eyes see awesome views, enjoy great food served to you, witness an awesome, hardworking, dedicated family owned and operated business whom will DEFINITELY know you by your first name than this is your place. If you look forward to grabbing a chair or chaise lounge chair and enjoying a view that is breath taking, if you want to meet families a lot like your own, if you want to fish, swim, play basketball, handball, tennis, watch an awesome firework show, enjoy a bonfire, see farm animals, relax by your room, relax by the pool, walk around a lake, get desert each night with your cup of coffee and lastly if you DONT want to mortgage your home to go on a vacation than Glenbrook is a place you should consider. It is a pleasure through the years to see a hard working, respectful family in the Gertsbergers whom some how some way kept this awesome place vibrant while other resorts through the entire area close! The best recommendation I can ever get is the smiles on my kids face when they were growing up laughing and loving gkenbrook. It was the same face I had on with my brother and sister back in 49 years ago. Now through the Grace of God I get to see my wife and I”s grandkids with that same smile. Awesome great place. Great memories, great hardworking family whom give their all so hardworking g families can relax and enjoy year after year. God Bless Glenbrook.God Bless the Gertsberger Family.

Glen Brook Farm is the Disney World of the Northeast. It is simultaneously the world's most relaxing vacation and it's most sinfully enjoyable.

Glen Brook's old world mentality will make you wonder how a place like this has survived so long without be contaminated by modern society. Leave your cares at the front gate (which reads Wilkommen) and just enjoy tranquility and cheap drinks.

This review is the subjective opinion of a TripAdvisor member and not of TripAdvisor LLC
KasiaZabinska
Brooklyn, New York
23
Reviewed 19 January 2017
Perfection!

I have been coming to this place every year since I was born. Now that I'm 20, I still love this place to bits! I enjoyed this place with my family at our annual gathering, and now I'll be going with my fiance and our soon-to-be kid. This place has brought a lot of memories for us and I highly recommend everyone to experience with their family at some point. Amazing pool with waterslide, arcade, 2 large playgrounds, a bar, laundromat, huge lake, bike trails, 3 square meals a day (included, plus 2 desserts,) tennis courts, farm animals, and so much more! They even have different activities depending on the day such as paintball, ceramics, and karaoke. This place is perfect for anyone from couples to a large family. Kids are free to run and skate around and always get to meet new friends. Every thursday there's a weenie roast, costume contest, and fireworks. There are 3 meals a day (breakfast, lunch + dessert, dinner + dessert) each vary from day to day. Message me if you have more questions. Other than that, happy booking!

This review is the subjective opinion of a TripAdvisor member and not of TripAdvisor LLC
creepyreni
New Jersey
11
Reviewed 7 January 2017 via mobile
Glen Brook Farm Is Amesome.

Overall, the place is amazing.

Food:
Awesome and filling. Home-made meals and milk is great. A little rough for vegetarians but there's still plenty to choose from for them. I recommend bringing snacks for your room/rooms, such as chips and other snacks you can have before lunch or dinner. Desserts are always amazing, especially the butter cake. Some days the bread on the table is stale though, not too bad but you can tell.

Rooms: Yes, rooms are a bit dirty. Overall, they're very old and deserve major renovating. Having your shoes and socks off doesn't do too much damage to you as people say if you're not too worried about germs. Showers do leak sometimes into the carpet nearby in the room, but that's only happened twice that I've ever gone. Bring extra pillows and maybe a blanket. Bring beach towels too for pool. Rooms have been renovated a few times in areas such as the shower and bathroom. (Paint and showerhead). If you go during the summer, bring a sweatshirt for the room too because it gets cold in the room quickly with the AC.

Noise: Noise is not as bad as others say. If you do the same, I go the same week every year so I know everyone that goes every year already. It's really depending on who goes, but as far as I have known, noise isn't that bad. If you get unlucky and have a bunch of people who stay up late above you, just turn on the air conditioner to drown out the sound. The morning bell may wake you up, but it's honestly very quiet from some rooms so set an alarm 30 minutes before it sets off. At around 9:30, kids and teenagers are still out and usually run nearby rooms so warning in advance. The weekly fireworks are loud too but everyone usually is awake and outside to watch them.

Activities: There's plenty of stuff to do here. The huge lake has a trail around it which makes for beautiful scenery if you like taking walks or jogs. There's a pool with a slide, different sports to play, contests, karaoke, a bar, and the arcade. There's many places to go too such as the snack bar, the farm, and the dock where people regularly fish at the lake.

Wifi/Service: No, there isn't service or wifi. You're surrounded by mountains everywhere you turn. If you really need service depending on what service you have, go to the snack bar, the bridge over the stream, or out in the field by the cemetery.

I know this was long but there's just so many things to talk about with this place. It's a lot of fun for all ages, and it's best if you experience the week there yourself. Yes there's some flaws but the scenery and fun activities cover the bad things. Hopefully this helped you in some way, thanks.