USD 68
View deal
Free cancellation until 02/05/21
Reserve now, pay at stay
Agoda.comUSD 68
Hotels.comUSD 67
eDreamsUSD 68
View all 15 deals
Prices are provided by our partners, and reflect total costs of the stay, including all taxes and fees known to our partners. Please see our partners for more details.
Payments made by partners impact the order of prices displayed. Room types may vary.
kalebmcculley
Poplar Bluff, Missouri
11

there was cockroaches in the refrigerator and the bed, hair in the bathroom, fire alarms went off for no reason at 3 in the morning, burn holes in the wall and tables in a non smoking room AND MOLD...

Trip type: Travelled with family
See all 59 reviews
Payments made by partners impact the order of prices displayed. Room types may vary.
Nearby Hotels 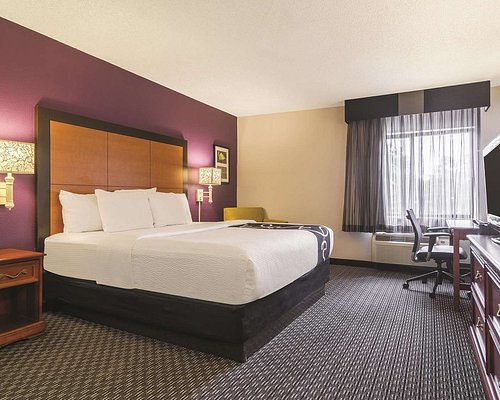 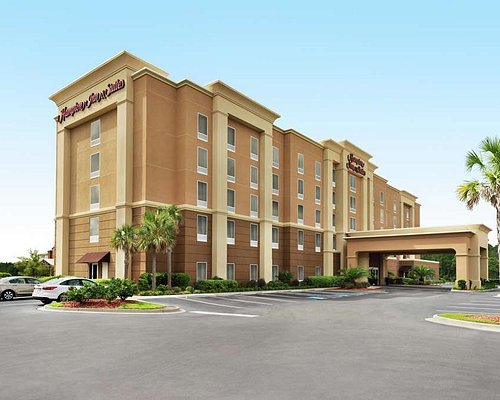 Good gracious it’s not often you find a good hotel that’s quite, clean an the WiFi works perfect EVERY time !! Front desk will not hesitate to assist your needs ! I will be back to visit this motel 6

Thank you for sharing your review. We are glad you enjoyed your stay! Until the next time, We’ll Leave the Light on For You!

Report response as inappropriateThank you. We appreciate your input.
This response is the subjective opinion of the management representative and not of TripAdvisor LLC
851tamh
12
Reviewed 9 May 2020
DRUG CENTRAL...DO NOT STAY HERE!!

I will never stay or recommend this place, except to the police. People come and buy drugs all night long here. They park in front of your door, they walk around cussing and talking extremely loud. You fear for your safety, so I suggest taking some form of protection. Rooms are very nasty and the childish ass quest walk past your window and bang on it. I will definitely be giving corporate a call.

On behalf of Motel 6, we would like to apologize for the inconvenience you incurred while our guest as this is not our standard. We are committed to guest satisfaction and appreciate you taking time to review your experience. Thank you for bringing this to our attention.

Report response as inappropriateThank you. We appreciate your input.
This response is the subjective opinion of the management representative and not of TripAdvisor LLC
Kabbw
Amherst, Ohio
3412
Reviewed 5 November 2019 via mobile
Probably my worst motel experience EVER!

Needed a place to stay the night and couldn't find a room. Saw this motel and knew they had a decent reputation. Went online and booked the room. Could only get a smoking room, but I grew up in a smoking household, so ...
Got there and the gentleman at the desk was very nice and helpful, so we went up to the room. OMG! It smelled very smoky, but we expected that. What we did NOT expect was:
No upper door lock
The door fitting so poorly that we could see outside light all around the frame (and wondering what could get in through the openings)
Horrid tap water
Dirty floors
A tub that looked about half refinished
Baseboards that had mold on them

We stayed, as it was late and we'd been driving all day. But they can leave all of their lights on and I will never stay in another Motel 6!

I stayed here with my grand daughter while traveling down south. When we got to the hotel a man was standing at the door trying to get in. When he couldn't he left. We walked over and the door was indeed locked it said to push the bell so I did then my grand daughter did. No one answered or came to the door. Having been met by an out of business hotel the night before my heart sank thinking we were going tohave to hunt down a new hotel. As we stepped away from the door a man called out to us. It was the owner or manager. He began my check in and asked if my grand daughter would be sharing the room. Really she's a kid no I'm going to make her sleep in the car. Not to mention when I made the reservation I added her to it. He said she was not on the reservation. BS! It was only a couple dollars more than Travelocity quoted so no big deal. The room was clean. The TV worked, kind of. It was very snowy. the shower worked and the beds were very soft and comfortable. It is close to restaurants and gas stations. All in all it was a pretty pleasant stay.

This review is the subjective opinion of a TripAdvisor member and not of TripAdvisor LLC
EddieFields
12
Reviewed 27 May 2019 via mobile
You get what you pay for, but...

I travel regular and I am not picky. I travel with a pet so I regularly stay at Motel 6 or Redroof or Days Inn type hotels. I understand the “you get what you pay for” concept.

I don’t need or expect anything special. All I want is a safe and clean room.

This was neither. I checked in early and immediately left for the beach. When arriving back at the room, I could not get the shower to work so I called the front desk. My phone did not work so I walked to the office to tell them about the issues.

The front desk attendant was abundantly rude but he did say he would come back and get the shower and phone going. After getting the shower going, he tried the phone. It made the outgoing call fine but it wasn’t picking up any sound while talking. (So basically the person talking into the phone couldn’t be heard).

He said he would go back to the office and call my phone and see if he could hear me. A few minutes later he called. I answered and he couldn’t hear me. He couldn’t pick up any sound from me so he hung up. He called right back and same thing.

At that point I figure he is going to bring me a new phone. Nope, I was wrong. I wait ten minutes and haven’t heard back from him so I get ready to walk down to the office but my door won’t latch behind me. After multiple attempts, I get it to close.

I am frustrated but just want to get this fixed so I can go to bed. I was at the beach in the sun since I had checked in and the temperature had been near 100. The beach was great and the day was excellent, but it was also exhausting so all of these unnecessary and annoying.

When I arrive back to the office, the man working the desk again was rude. He said something along the line of “what now?” That was when I decided I wasn’t staying there that night. I understand budget hotels aren’t perfect and will have issues, but I do expect when issues arise for them to be addressed and to be treated respectfully.

So to answer the attendant’s question of “what now?” I explained that he told me was going to check out my phone and he called me and knew it wasn’t working but never addressed it and just left me hanging. And also there was a door was having issues.

He told me that it was my fault that the door wouldn’t work and that I didn’t know how to work a door. I found that pretty insulting because a door is pretty simple: you pull it, it closes. Except this one didn’t (I have video) do that consistently.

Had the man been respectful I would have just asked for another room, but the way he treated me was inappropriate and inconsiderate.

I told him I had a room with a phone and a door that wouldn’t work properly and I didn’t feel comfortable with that set up so I was leaving. He asked if I wanted a refund and I told him that I would prefer one. Then he told me since I had checked in earlier in the day (around noon) that he wouldn’t be able to refund me because I hadn’t brought the issues to his attention earlier. I told him that after I got to my room I had dropped my stuff off immediately left and that I hadn’t had any of the issues at that time. I hadn’t tested the shower nor the phone and the door hadn’t presented the problem.

He said he would call his manager. When he called the manager they talked privately for a moment then he said that I could talk to the manager but I couldn’t have a refund.

The manager got on the phone and he asked the situation, which I explained. He said he could give me another room but not a refund. I explained that I wasn’t comfortable with that because the whole situation had been unacceptable in my opinion and that I would just leave without refund. I
told my night was ruined and that I didn’t care that much about the money so I would forfeit the money but I was going to call the corporate customer service and use social media platforms to express my dissatisfaction.

Then the manager told me that he understood and that he would give me a refund. He and the attendant again talked privately. The attendant told me he was refunding me. I told him I was going to pack and I would be back with the keys in minutes.

When I got back with the keys, he asked me to write at the bottom of the receipt that I had received a full refund and sign it. I wasn’t going to write that because I wasn’t certain that was the case. Instead I wrote that I had been I would be refunded but I hadn’t confirmed that to be the case. As of this review (morning after) I have not received the refund. When I get it, I will update the review.

As my title says you get what you pay for. I understand that when traveling and have never had an issue. My only expectations when booking a budget hotel are safety and cleanliness. However, neither of these were delivered and on top of that I was treated poor throughout the process.

I want to also note I have stayed at multiple Motel 6 brand hotels. I have never had any of these issues. This precise location was uniquely bad.

We are disappointed to learn that we fell short of your expectations. We take reports of poor customer service very seriously. On behalf of Motel 6, we would like to apologize that your stay was less than satisfactory.
We would like to discuss your experience with you further, and ask that you reach out to our Guest Relations Team by using the Contact Us feature at www.motel6.com.

Report response as inappropriateThank you. We appreciate your input.
This response is the subjective opinion of the management representative and not of TripAdvisor LLC
View more reviews
PreviousNext
123…10