USD 185
View deal
Free cancellation until 23/04/21
PricelineUSD 186
eDreamsUSD 186
FindHotelUSD 185
View all 17 deals
Prices are provided by our partners, and reflect total costs of the stay, including all taxes and fees known to our partners. Please see our partners for more details.
Payments made by partners impact the order of prices displayed. Room types may vary.
mikevS4846OK
Truckee, California
1

Trip type: Travelled solo
See all 256 reviews
Payments made by partners impact the order of prices displayed. Room types may vary.
Nearby Hotels 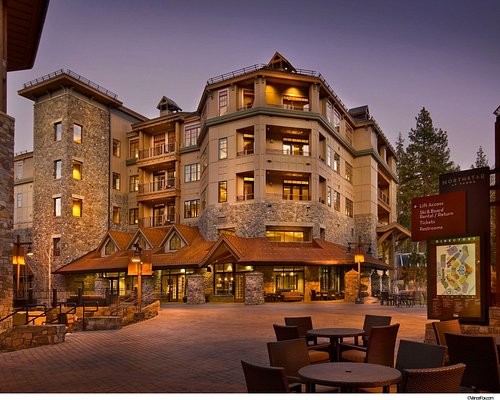 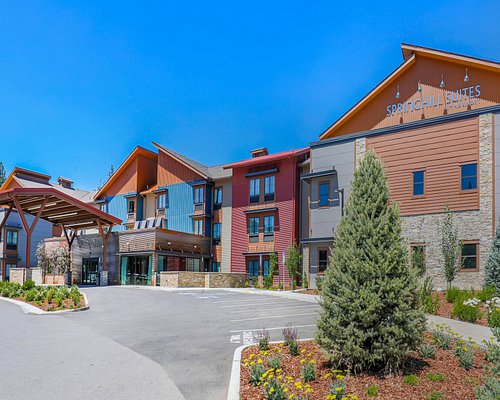 This is a convenient place to stay for visiting the nearby ski resorts, like Boreal. They provide breakfast with your stay which is nice for family with kids. While rooms do not come with kitchen, they do provide in-room microwave. Front desk is very courteous and helpful.

This review is the subjective opinion of a TripAdvisor member and not of TripAdvisor LLC
Vacationer469741
11
Reviewed 9 January 2020
BEWARE: Unhealthy & unsafe Conditions and Credit Card Fraud!

The lobby, halls and rooms had a very strong chemical smell - with an inoperable window in the room they assigned us. There was only one person working in the whole place, and she said there was no one to even call for help. (Not reassuring if there were to be an emergency.) The alternative room she finally (and angrily) offered us was on the ground floor, and had no security bar on the window, which meant we would not be able to use that while sleeping. So we had to leave, as I was starting to wheeze from all the chemicals in the air. But the lone staffer refused to refund our money, which is highly unusual. The next day, I called to talk to the manager, Jon Borden, and was surprised to find he was unapologetic, rude, insulting and untruthful. And, instead of removing the charge, as any other reasonable hotel would do, he had instead added a whole other room charge to our bill the next day! But American Express immediately elevated this to their Fraud Dept. I have also reported this to the Better Bus. Bureau, and will call the Chamber of Commerce in Truckee, bc it is a lovely and friendly town, and this manager and hotel are a stain on it that the town does not deserve.

This review is the subjective opinion of a TripAdvisor member and not of TripAdvisor LLC
Brenda B
Santa Cruz, CA
5754
Reviewed 16 December 2019
Very disappointed

It must've been a very nice lodge 50 years ago, but now it's very dated, carpets worn out and unclean, beds sagging and lousy pillows. The lodge needs an upgrade asap. The walls are super thin, you can hear the next door neighbors TV and talk. The cleaning crew is very loud very early in the morning and they wake up guests with their talking and laughing. We had to complain. Not to mention the breakfast. Lousy as in most hotels. Had to eat out every day. The only bit of good was the fact that they don't accept dogs or pets at all and all the room windows open to let in fresh air.

Ask Brenda B about Truckee Donner Lodge
2  Thank Brenda B

This review is the subjective opinion of a TripAdvisor member and not of TripAdvisor LLC
Brenda B
Ogden, Utah
24161
Reviewed 5 December 2019
Convenient when I-80 closed

If snowed in and can't proceed past Donner Pass Rd, this is a convenient location to stop and rest. A gas station is located across the street for supplies such as tire cables (chains) and snacks. Ice is only located on 2nd floor.

Ask Brenda B about Truckee Donner Lodge
Thank Brenda B

This review is the subjective opinion of a TripAdvisor member and not of TripAdvisor LLC
Pequodhill
San Mateo, California
2
Reviewed 24 September 2019
Great place to stay

We participate in the Donner Historical Society walks each fall. We have found that this is the best place to stay. Easy check in, cordial and responsive staff, good rooms and satisfying breakfast. Great management! Thank you John