Recommended as being comfortable and clean, with good meals and service - Review of Mayleko Lodge

USD 71
View deal
PricelineUSD 75
Agoda.comUSD 71
Hotels.com
View all 11 deals
Prices are provided by our partners for one room, with variable occupancy rules as provided by the property, and reflect total costs of the stay, including all taxes and fees known to our partners. Please see our partners for more details.
Payments made by partners impact the order of prices displayed. Room types may vary.
JimAndDenise51
Toronto, Ontario
94154

Recommended as being comfortable and clean, with good meals and service

We stayed here for a total of two nights, in different rooms, separated by one night in Simien Mountains National Park. Very early in the morning, there is chanting coming, not from a church, but from an athletic club working out, we were told. However, it did not really bother us. The rooms, beds, and bathrooms were comfortable and clean. Dinner and breakfast in the restaurant were good (but a bit of a walk up a hill from the rooms.) No complaints, except for the Internet being limited to the reception area and even then, not good. However, the receptionists let us connect through their cell phones and that worked well, if not as convenient as being in our rooms. While it is some distance from the sight in the city centre, we recommend it.More

Show less
See all 167 reviews
Payments made by partners impact the order of prices displayed. Room types may vary.
Nearby Hotels 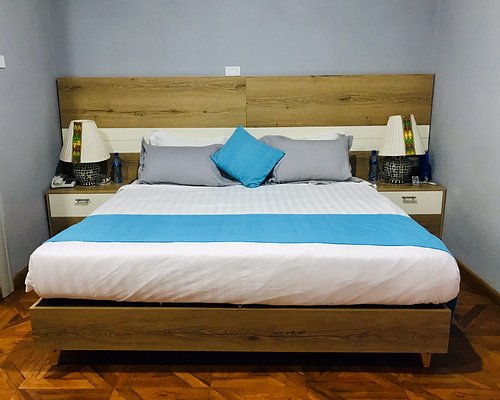 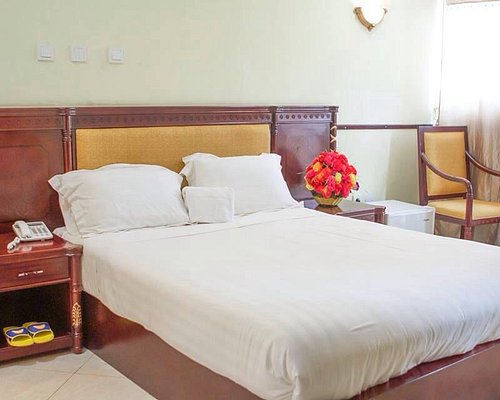 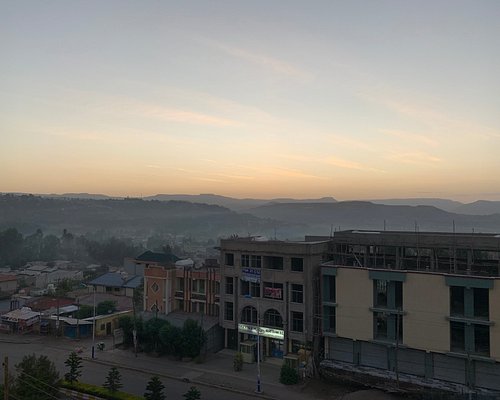 Stayed here for one night with family.
Excellent location just a few minutes away from the airport. Our rooms (21-22 as far as I recall) were excellent, especially the bathrooms and large windows which let in a lot of light impressed.
The terrace connected to the restaurant offers a great view, we really enjoyed eating our breakfast there.
I would definitely come back here to stay another time, one night was not enough.

This review is the subjective opinion of a TripAdvisor member and not of TripAdvisor LLC
TravelLover654
71
Reviewed 7 March 2020
Great lodge, good views, excellent service

This lodge has good rooms - we luckily got upgraded to the newer and larger rooms which were very nice. The restaurant has good quality food and the service was excellent. There is a nice terrace with lovely views from the restaurant. We ended up seeing a local wedding at the hotel and joining in to dance at a corporate event being held there! I would highly recommend.

This review is the subjective opinion of a TripAdvisor member and not of TripAdvisor LLC
organic-ice
Stresa, Italy
236118
Reviewed 28 February 2020
Beautiful and quiet

This wonderful lodge is 5 minutes from the airport but since there are practically no flights it is very quiet.
The rooms are large and beautiful, perfectly clean, spread over a large garden. The restaurant is on a hill-top with beautiful views.
The food is absolutely delicious, especially the European dishes; service is surprisingly quick for Ethiopia and very friendly.

Room tip: All the rooms are nice, but better further from the road
Ask organic-ice about Mayleko Lodge
Thank organic-ice

This review is the subjective opinion of a TripAdvisor member and not of TripAdvisor LLC
Anthony A
Montesson, France
495224
Reviewed 22 February 2020
Beautiful setting

We loved the spacious room, the surroundings, the kind staff and the restaurant. The bed was very comfortable and the shower was nice and hot. We stayed for 2 nights and the only downside was the amplified chanting from the local church that started at 3 am (being a Sunday) but there wasn't much the hotel could do about that. The regular wifi did not work due to a cable cut but the manager set up a hotspot on his phone which worked well in the lobby.

Breakfast was a buffet one day, due to large group staying, otherwise it was a la carte. Good quality and quantity. The terrace is great for both eating or drinking. Of the staff in the restaurant, Abush was particularly attentive and efficient.

It's a way out of Gondar and there's nothing much nearby but after a day of being a tourist it's a great place to relax. It wasn't warm enough for us to use the pool but more hardy souls did.

Room tip: Higher numbered rooms are further away from the main road, not that it generates much noise
Ask Anthony A about Mayleko Lodge
1  Thank Anthony A

This review is the subjective opinion of a TripAdvisor member and not of TripAdvisor LLC
Mmerlot
Salisbury, United Kingdom
14795
Reviewed 13 February 2020
Good option near the airport

We spent two nights at Mayleko in a royal bungalow, which was adequate. Quite basic but ok for a couple of nights. The bed and pillows were uncomfortable. Breakfast and dinner were simple but ok.
Note there is church nearby and you are awaken at 5.30 in the morning by their loud prayers (they go on for a couple of hours); we chose the lodge as we thought it was quiet...
The pool itself is ok but the area around it is very run down with broken/uncomfortable chairs.
It 40 minutes drive from Gondar , but very close to the airport.
Booking, payment and confirmation were a bit hard work (I had to email several times to get replies) but got there in the end.
Staff were nice.
Overall an ok stay but quite basic.