It was our third trip to Malolo and ended up being so disappointing.

There were still the wonderful kids club , restaurant and bar staff but unfortunately every thing else really missed the mark this time.

All four in our family fell sick while on the island, this happened on the 4th day of being there which impacted our stay as you would imagine. Before falling sick we found the food standard had dropped significantly to that we had enjoyed previously.

It just wasn't the same, even before falling sick but needless to say we won't be back.

See all 855 reviews
Payments made by partners impact the order of prices displayed. Room types may vary.
Nearby Hotels 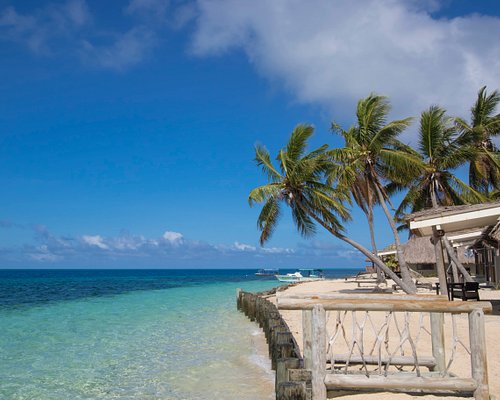 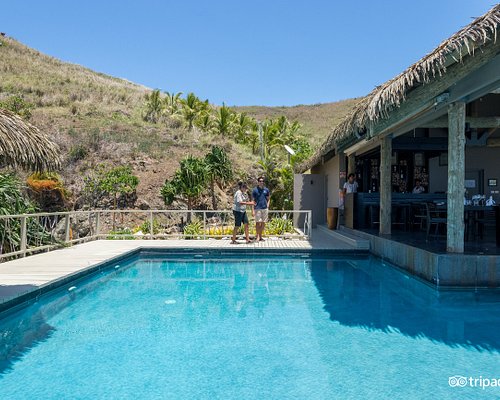 Stayed here recently to escape the stress of everyday life. With no TV or Wifi in the bures, this is totally achievable and the ideal place to go off the grid for a while. We chose a very quiet time of year to visit and some days had the beach and reef all to ourselves to snorkel, paddleboard, kayak or just sit on the lounge chairs and listen to the water lapping on the coral. I think this place is a perfect couples retreat with an adults only pool, restaurant and lounge.
There is a kids club that would suit younger families but I don't think enough action for teenagers.

This review is the subjective opinion of a Tripadvisor member and not of TripAdvisor LLC.
kdun33
Salt Lake City, Utah
43
Reviewed 20 March 2019
Most amazing vacation ever!

We loved Malolo Island Resort. It is quiet and beautiful with bures facing the ocean. The activities desk offered tours, snorkel gear, sailboats, paddleboards, canoes, and many tours (scuba, etc.). The food at the 3 restaurants was wonderful, but the most amazing part of this resort was the incredible people. We felt so welcomed and well cared for...it was truly the most relaxing vacation we have ever had!

This review is the subjective opinion of a Tripadvisor member and not of TripAdvisor LLC.
krsthom
Sherwood Park, Canada
23995
Reviewed 4 March 2019
Exactly What the Soul Needed!

My husband & I spent seven, enjoyable & very relaxing nights at this resort. We loved our little Oceanfront Bure and being able to sit on our patio & look out at the vivid blues of the water & the lush surroundings of the flora & fauna that is all very well cared for by the resort staff. Having access to snorkel sets was also very nice (we were each given a set to use for our entire stay), so with the water being right there all we had to do was walk straight out our door, into the water, put the gear on & enjoy an underwater paradise like nothing one could ever imagine existed! Truly a dream world below the surface. Also spent some time using the paddle boards and a kayak which we took to a deserted island which was truly spectacular. The resort itself is lovely and has two beautiful swimming pools - one for adults only which we enjoyed and one for kids & families which is nice. The beach is wonderful & every morning I enjoyed a walk with my coffee & had only my thoughts, the birds & the fish for company - so peaceful & exactly what my heart & soul needed! The staff were all great, but we in particular love Asa as he is truly a great, genuinely, kind, special man & we hope he is acknowledged for this always! Arete, Mese & Titilia are also very, very good & Tom was a great host during our snorkeling trip (he's also a very good snorkeler). Our few disappointments were the meal prices which were very high - paying what was $50 a day Canadian for the two of us for breakfast for 2 eggs, 3 to 4 strips of bacon, 2 potato patties & a tomato slice was rather astonishing. The two other meals of the day as one can only imagine go higher and then sky high...! Understood that once here you have nowhere else to go, so either pay or starve, but gee why can the prices not be somewhat sensible? We came to the conclusion that they feel that if one can afford to come here perhaps one can afford to pay any price they chose to charge for anything while you are staying here, but they also do not seem to take into account that we also all have worked hard in order to afford to bring ourselves here & in doing this are smart enough to not wish to be "robbed" of our hard earned money! A few other things were: not being given washcloths after our initial first day even when we asked for them and having a broken water glass in the bathroom for 3/4 of our stay; that was washed daily; but never replaced. The couple of excursions we chose to do with one being a visit to the village of Yaro. We were taken to this village on a boat; in the rain, by one of the resort staff who is also a Yaro local named Jim; along with a Chinese family of 3 . We were quickly rushed through the village with a few things thrown out about this or that as we went up a hill to the school that sits behind the village where we got to look through the windows of the school, then back down the hill where we were told a few things about a couple of trees, then we were taken to a building that was full of village ladies selling Chinese made items that they were passing off as Fiji/Yaro Village made items where we were left by Jim who went off somewhere? Now we were also supposed to meet the Chief and have a Kava Ceremony, but were told by Jim that the Chief wasn't there & that there was no Kava, so then with the family & us only buying a necklace each because we all felt we should give something, we were taken back to the boat by a now very angry Jim (his wife told him we did not spend what I guess they thought we should spend) and returned to the resort! When asked at the resort how this trip was my husband told them how we felt & what happened with Jim & his behavior upon us not buying anything from his wife - how he was happy & animated going, but angry & never spoke a word to any of us coming back. Very shortly after our return we were visited by Titilia from management & she apologized for the events of the trip and said that this was not the first time this type of thing had happened and then she said that a Kava Ceremony was being planned for us the other family for that evening to make up for the lack of one at the village. Very nice of her and we appreciated it. The ceremony was performed later that afternoon by Jesse and even though he did not wish to do it he did & that was that! Another trip we chose to do was to see the baby turtles on Mana Island and snorkeling off Castaway Island on the way back. This then had us being the only 2 going and because all boats had already gone out with other trips we were taken by 3 different boats over to Mana Island, walked through the Mana Island resort by Tom who had to get directions on where to go and then we got to where the turtles were to be; only to be told that the turtles had all been released? So we saw a large turtle that was injured, then walked back through the resort to our boat and went snorkeling which was wonderful - thankfully and Tom was great at hosting! Outside of these things our stay was wonderful and I would do it again in a heartbeat! Beautiful place on a beautiful Island!

This review is the subjective opinion of a Tripadvisor member and not of TripAdvisor LLC.
Guide813301
London, United Kingdom
6115
Reviewed 25 February 2019 via mobile
Lovely island resort

We visited in low season but still had an absolutely fantastic time. The staff are very friendly and helpful, especially those that do the dinner service. The musicians, watersports guys and chefs are amazing! They really make this place shine. The only reason we give this 4/5 stars is because when you compare it to other island resorts (for example on the Yasawas) the beach isn’t as pretty and the value for money isn’t as good. Still, we had a lovely stay and got to see a great sunset.

This review is the subjective opinion of a Tripadvisor member and not of TripAdvisor LLC.
Todd F
65
Reviewed 13 February 2019
Island staff are brilliant

This is the second time we stayed at Malolo Island Resort. Great family destination (for kids under say 14). The water sports team are great with the kids (especially Jim and Jese). Food in the adult only restaurant is of a very high standard - could not fault it this trip. The Bure rooms are great and perfect for us. I also had a massage and facial in the Spa and that was excellent - the semi outdoor treatment rooms are cool and peaceful. The only downside was that a Cyclone was hanging around the other side of Fiji which made the days a a bit windy but we had very little rain. We were again very happy with our stay and will be booking again for next year.