Does it really deserve being part of Mercury Hotels Chain? - Review of Hotel Mercure Recife Navegantes

USD 37
View Deal
USD 28
View Deal
eDreamsUSD 37
TravelocityUSD 37
Agoda.comUSD 37
View all 14 deals
Prices are provided by our partners, and reflect total costs of the stay, including all taxes and fees known to our partners. Please see our partners for more details.
Payments made by partners impact the order of prices displayed. Room types may vary.
CMauricioBastos
Resende, RJ
6026

Does it really deserve being part of Mercury Hotels Chain?

My opinion is it does not! I had some issues such as, old toels, bathroom linking and very dark and dirty look, air conditioner out of order and apparently its filter hasn't been cleaned for ages. I'm allergic and got sick because of it. The property has an excelent location but a renovation is urgently needed! The cafeteria is extremely poor and looks dirty. I'll never get back and I'll let all my friends and social media friends know to avoid this hotel.

Review collected in partnership with Accorhotels.com
This business uses tools provided by Tripadvisor (or one of its official Review Collection Partners) to encourage and collect guest reviews, including this one.
See all 1,046 reviews
Payments made by partners impact the order of prices displayed. Room types may vary.
Nearby Hotels 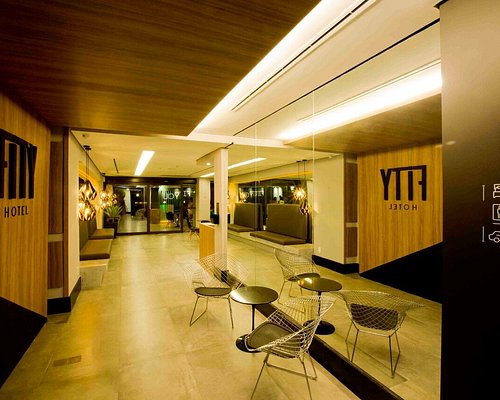 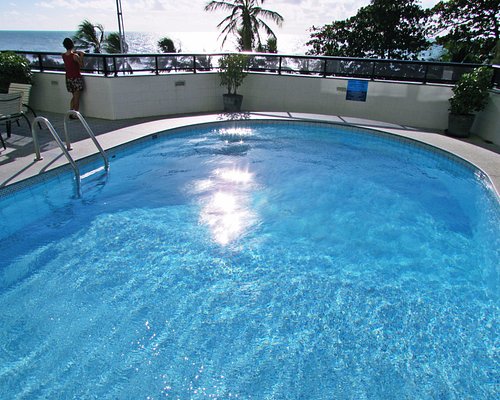 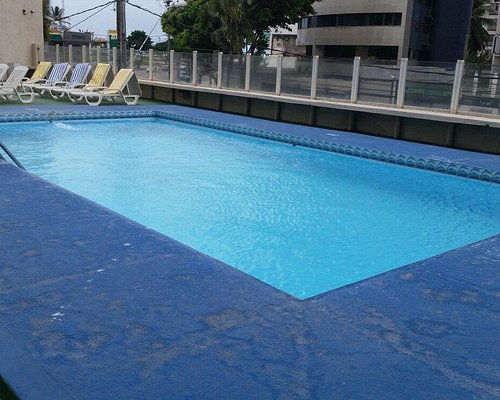 This is a very old unit of a Mercure hotel.
Good location near the beach and close to the airport, with a staff that tries hard to deliver an Accor standard despite the conditions.
The building is horrible and not suited for a hotel.
Rooms are apartment style, large and clean, though, but they require an urgent update.
Breakfast offers good food, in line with the chain standard, but the restaurant is very bad.
I believe there is a much newer Mercure in Recife, so next time I will go straight to that one.

This review is the subjective opinion of a TripAdvisor member and not of TripAdvisor LLC
gcbranco
Salvador, BA
10125
Reviewed 5 March 2019
Tired retrofit, could be a lot better

This is the classic example of a hotel which was retrofitted from an old apartment building, but the owner didn't change it enough to look like a hotel.

Although the location is superb, the hotel desperately needs a refurbishment. It smells old and tired.

The room I got was nice, sea view, high floor, ample space. Mattress ok, nothing memorable. The bathroom looks like a bathroom from the 70s.

Wifi so bad I had to use my personal 4G stick.

At breakfast, the fruits were fresh and sweet. They had one of those Nespresso machines with the capsules, but only offered two choices of coffee, both mild. I had the brewed coffee, which was ok. The prize went to the horrible scrambled eggs. I would be ashamed to serve eggs like that to anyone, let alone my hotel guests. See picture. F&B definitely needs to get their act together.

Look out for Getulio at the reception, experient, polite and speaks perfect english.

This review is the subjective opinion of a TripAdvisor member and not of TripAdvisor LLC
Erick S
Sao Paulo, SP
3516
Reviewed 19 February 2019
It was not a good idea

Despite the renovation in rooms with new furniture - nice, by the way - services are still poor, with not well trained staff, poor breakfast, horrible car garage (especially downstairs) and with no parking attendant. Sounds funny but as Le Club Gold member I received the famous Welcome Drink, but there is no bar in the hotel!!! First time I saw that. I asked "Well, where can I drink my welcome drink?", and the check-in attendant said "At your room. You can take a water or a soft drink, but not a beer." Really (negative) impressive!

Review collected in partnership with Accorhotels.com
This business uses tools provided by Tripadvisor (or one of its official Review Collection Partners) to encourage and collect guest reviews, including this one.
Ask Erick S about Hotel Mercure Recife Navegantes
2  Thank Erick S

This review is the subjective opinion of a TripAdvisor member and not of TripAdvisor LLC
LuizL10
Rio de Janeiro, RJ
4648
Reviewed 17 February 2019
Some steps to Boa Viagem beach

Very close to Boa Viagem beach, next to restaurants and most Recife's touristic sites. I had an issue about my loyalty program and nobody could solve. Except when I talked to manager Igor: he's from Sao Paulo and was the only one who adds professionlism to sympathy. Thanks, Mr. Igor!

Review collected in partnership with Accorhotels.com
This business uses tools provided by Tripadvisor (or one of its official Review Collection Partners) to encourage and collect guest reviews, including this one.
Ask LuizL10 about Hotel Mercure Recife Navegantes
1  Thank LuizL10

This review is the subjective opinion of a TripAdvisor member and not of TripAdvisor LLC
can42
Zurich, Switzerland
1
Reviewed 3 January 2019
good location, old, but ok, but not for that price.

It's clear that you should not expect the same quality of a Mercure hotel here, compared to central Europe. Nevertheless, I was still a bit disappointed. The hotel seems quite old, especially the bathroom. Furthermore the windows do not seal well, so you hear the noise from outside/street. This is of course typical for Brazil.

I had the superior room, which has a kitchenette and a sofa. Sadly, there were no plates or cutlery to use, not even a coffee maker, although it is shown in photos. The fridge is inconveniently placed behind a sliding door, which scratches the floor each time they get moved. There was also no safe in the room.

The room had a new air condition which worked great and silently.
The location of the hotel is good/great. It's on the second parallel street to the beach, right in the middle of Boa Viagem. The side ocean view is a small gap between two other houses, so don’t get excited.

Unfortunately the hotel has no gym and the pool was/is under construction and therefore not usable. Some hotel search engines still list it to have a pool, so double check. To my fault I did not verify it, and there is no chance to move your stay to the other Mercure hotel once you arrived. But they offered that you can use the other hotel's pool (10min walk)
The staff at reception was nice and helpful and spoke english well.

The breakfast is fine. Selection is ok and on the plus side you can order ready made omelets or tapiocas and they have a Nespresso cafe machine. But I would not have paid the 30R for it, if it would not have been included.

The TV channels are mostly in Portuguese. The Internet connection is free, but had some serious issues (connection failures) while I was there.
So overall it’s an ok hotel, but for the price I paid I would go to a better one next time.

Ask can42 about Hotel Mercure Recife Navegantes
Thank can42