USD 69
View deal
Hotels.comUSD 74
Booking.comUSD 74
TravelocityUSD 74
View all 13 deals
Prices are provided by our partners, and reflect total costs of the stay, including all taxes and fees known to our partners. Please see our partners for more details.
Payments made by partners impact the order of prices displayed. Room types may vary.
Jonathan M
Hong Kong
10176

The Hotel Art is an easy 10-15 minute walk from the rail station and although situated on an unremarkable street, it is literally around the corner from the main downtown shopping and bar/restaurant pedestrian strip. It is also within walking distance of the Kazan Kremlin and other attractions.

It took a while to check in, and the attitude of the staff at reception was rather distant, but the room itself was fine - clean, and everything worked - and it had a great view towards the back of one of Kazan's largest and most colourful churches.

The staff warmed up slightly during our stay, well, the people in charge of the breakfast room had a smile or two in their repertoire. Breakfast was an interesting mix of whatever the kitchen had in stock, but was adequate.

Overall, the hotel offered good value, and had not attempted to capitalise too much on the fact that the World Cup was in town - at least, we were able to get a decent rate, although booking several months in advance had probably helped.

This is a property in a superb location with a clean and cool feel to it, and if the front of house staff were to up their game a little it would likely be a strong candidate for a five-star review.More

Show less
See all 244 reviews
Payments made by partners impact the order of prices displayed. Room types may vary.
Nearby Hotels 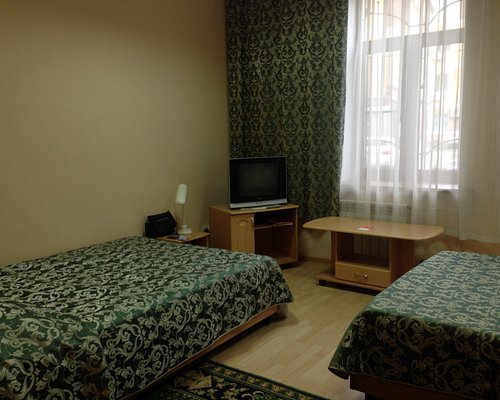 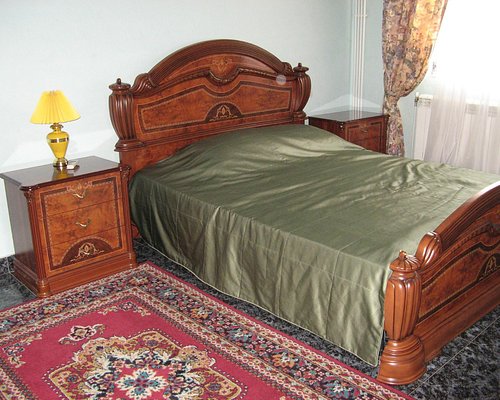 Taking safety measures
We compare low prices from 16 websites.
Hostel Like on Suleimanovoi

We stayed in this hotel for 3 nights in a large suite with a big terrase.There was nothing,we were be hard up for.Simply hotel parking, fast wifi, a lot of space,giant terrase, good hotel restaurant, complaisant staff...Recomend

This review is the subjective opinion of a Tripadvisor member and not of TripAdvisor LLC.
Bookworm46
Urbana, Illinois
13085
Reviewed 28 June 2017
Very nice hotel, excellent location

Nice rooms, compact baths, comfortable beds. Wifi was inconsistent, but overall good. The breakfast buffet was quite nice, with lots for a vegetarian. The hotel is centrally located, within walking distance of the kremlin, a pedestrian mall with dozens of restaurants, and the Kazan rail station (Kazan 1). WARNING: our train arrived at Kazan 2 but departed from Kazan 1, which are miles apart. Highly recommended for a comfortable, very affordable stay.

This review is the subjective opinion of a Tripadvisor member and not of TripAdvisor LLC.
Euro327
Aberdeen, United Kingdom
3522
Reviewed 24 June 2017
Basic, but clean and well located

Had a three night stay in Kazan at the Hotel Art during the Confederations Cup. It was ok and covered all the basics, but needs to add one or two things if it is to be a good base for foreign fans during the World Cup in 2018.

It's one block away from the main area of Bauman Street, so a good spot, but there is an hourly charge for use of the spa and the only non-Russian TV channels -- out of 24 -- are an Italian channel and Fashion TV.

No CNN, BBC World, Sky or anything which most tourist hotels in Russia next summer will need to have.

The free wifi is good and works even on the higher floors and the breakfast is a decent buffet. However, there is bread, but no toaster.

Overall, it is a good hotel, with a lack of amenities, and is certainly clean and well-located for tourists.

But it just needs to add things here and there to make it a more suitable hotel for non-Russian guests.

This review is the subjective opinion of a Tripadvisor member and not of TripAdvisor LLC.
aussie290309
Bratislava, Slovakia
15356
Reviewed 10 March 2017
Very good location in Amazing city. Right next to old town

Hotel is small and very good located. Rooms are spacious . TV small but ok. Internet was fine. Mattrace was too soft for me. Breakfast was ok with small choice bt as a size of hotel is small you cant get more. Receptionist were very helfull and whole place was fine.

This review is the subjective opinion of a Tripadvisor member and not of TripAdvisor LLC.
Leon D
3532
Reviewed 26 October 2016
Safe, efficient, quiet

Decent stay, decent size room. Secure professional hotel in excellent location for tourism or business. You'll even find English speakers. Wasn't too excited about the dying fish on the tables for dinner, but I guess that's the restaurant, and not the hotel.