USD 65
Free cancellation until 05/02/22
Reserve now, pay at stay
View deal
Hotels.comUSD 65
Booking.comUSD 66
PricelineUSD 66
TravelocityUSD 65
eDreamsUSD 66
CheapTicketsUSD 65
View all 12 deals
Prices are provided by our partners, and reflect total costs of the stay, including all taxes and fees known to our partners. Please see our partners for more details.
Payments made by partners impact the order of prices displayed. Room types may vary.
Casa62
Brisbane, Australia
417231

Just down the road from the kremlin this hotel is on the high point in the city with views out to the river from the back.

We checked in here for three nights as part of our trans siberian journey to explore Kazan.

Our room 113 at the back of the hotel was huge with a big sofa and coffee table, plenty of room for our luggage. Everything was clean and comfy although all a bit old fashioned.
For those with mobility issues this is not a viable choice. There is no lift and there are lots of stairs and changes in level.
Wifi was not great here, you need to keep logging in. There are english language stations on the tv.

Its an easy stroll down the hill to the main pedestrian fare and down the road from the kremlin and the museum of tatarstan. There are plenty of restaurants close by as well.
Breakfast is in a formal dining room and there is plenty of seating and food to go around. Food ok but three breakfasts were enough.

Reception is friendly and helpful. They will store your luggage after checkout if you need it.

The railway station is close by down the hill. We paid 300 rouble by taxi to get there and 110 by yandex to get back.More

Show less
Room tip: Choose a room at the back of the hotel for views
See all 420 reviews
Payments made by partners impact the order of prices displayed. Room types may vary.
Nearby Hotels 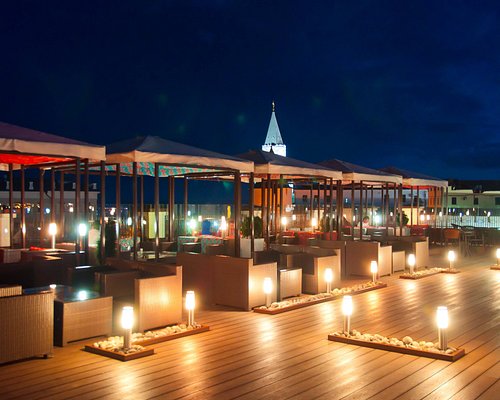 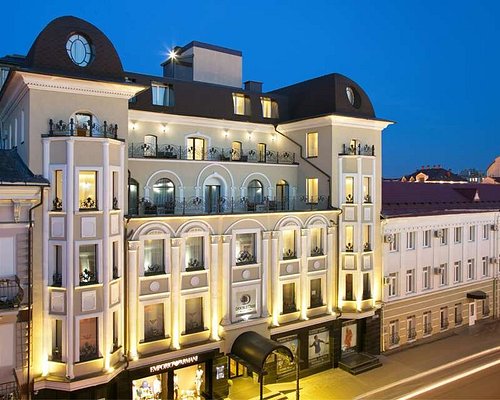 Stayed in a big and clean room with a friend. Room is clean but interior furnishing is "hard" and old fashion type. No air con so it was warm inside the room. Hotel is less than 5 mins walk to the Kremlin and walking street is just down the road - convenient location.

This review is the subjective opinion of a Tripadvisor member and not of TripAdvisor LLC.
133deborahs
Tel Aviv, Israel
4819
Reviewed 12 October 2018
A true gem in the heart of Kazan

I was here in May 2017 and then came back for 8 nights at the end of September 2018. This is my home in Kazan. I have only the best things to say about this hotel and Mr. Giuseppe. This is a beautiful and a very clean hotel with spacious rooms and a marvelous staff. The towels are the best smelling towels I have encountered in any hotel! At breakfast there is something for everyone, including cold meat, salads and cooked dishes! There are guests who stay here several weeks every year. I met someone who was there last year too :-) It just shows that people are not disappointed. Bravo to Mr. Giuseppe and all the staff members (the reception, the restaurant and the rooms). Thank you! I hope to come back.

This review is the subjective opinion of a Tripadvisor member and not of TripAdvisor LLC.
KFB13
Dallas, Texas
215
Reviewed 7 September 2018
Great Location!

Great hotel just down the road from the Kremlin in Kazan. We had booked for 2 nights initially but were enjoying our stay so much that we extended by another 2 nights.

Staff were friendly and accommodating.

This review is the subjective opinion of a Tripadvisor member and not of TripAdvisor LLC.
peyman p
33
Reviewed 21 June 2018 via mobile
Great characteristic independent hotel in heart of the city

Great independent hotel in great location.
Staff were very nice and spoke good english.
Rooms were very clean and spacious. Bathrooms also with all eminities expected, provided.
We were really pleased with our stay.
Met the owner at the end in reception who offered us some complimentory hot drinks and sweets.
If we ever visit Kazan again would def stay there

This review is the subjective opinion of a Tripadvisor member and not of TripAdvisor LLC.
Ian C
London, United Kingdom
430325
Reviewed 17 December 2017
A pleasant surprise

The building which the Hotel Giuseppe occupies clearly predates 1989, but I'll bet that the hotel itself doesn't. It doesn't seem like the kind of place that would have flourished under the Soviets. It was the most idiosyncratic hotel we stayed in during our three weeks in Russia, quirky and a bit rambling, with fine wide corridors (albeit a bit under-lit). We had a good big room. True, the furniture was old and solid and anything but uniform, but that was all part of the character.

The reception staff were helpful and friendly. Breakfast was a pretty average buffet, and the waiting staff didn't take a great deal of interest in one. Location is ideal, just along the street from the UNESCO World Heritage site Kremlin. The commercial centre of Kazan is down the hill (Kazan is a city built on hills). Best of all, although we arrived at 8.30 a.m. after an overnight train journey from Moscow, we were allowed to check in at once; no nonsense about having to wait until 2 p.m.