USD 200
View deal
Expedia.comUSD 327
eDreamsUSD 368
TravelocityUSD 327
View all 18 deals
Prices are provided by our partners, and reflect total costs of the stay, including all taxes and fees known to our partners. Please see our partners for more details.
Payments made by partners impact the order of prices displayed. Room types may vary.
TravelComrade91
1

Excellent Service and an Exquisite Suite

It was just a shame that some things in the hotel are closed currently as a result of the Covid pandemic. The Atlases in the central lobby would have been great to get a couple of photos with but the lights were turned off. I guess there aren't many guests for high end hotels at the moment so they're trying to save money.

All in all and that unexpected first impression aside my wife and I had a wonderful stay and I'd definitely recommend the Taleon to anyone wishing to stay at one of the posher hotels Petersburg has to offer. The winning factor for me was that compared with the Hotel Europe and the Astoria the Taleon certainly offered more for the same money.More

Dear TravelComrade91,
Thank you for your valuable feedback and for sharing such remarkable occasions with the Taleon Imperial Hotel!
We strongly appreciate both your encouraging words and those service weaknesses which you have kindly pointed at. We are working tirelessly to achieve a higher level of service, and your precious feedback helps us a lot in this regard. Thank you once again!
We would like to confirm that with the current pandemic situation some areas of the Hotel are not functioning so far. Instead of Atlantes bar we have opened the Griboedov gastronomic bar with separate entrance overlooking the Moika river with the access of fresh air and sunlight. Being the “Safe travels” campaign member, we precisely follow the government restrictions and doing all possible to keep our guests safe. We all pray that the pandemic is over soon, and we could show the Hotel’s original grandeur to you.
We sincerely hope to welcome you and your respected spouse again many times so that we could have a chance to more favorably impress you with our best suites and service.
Looking forward to welcoming you again,

Report response as inappropriateThank you. We appreciate your input.
This response is the subjective opinion of the management representative and not of TripAdvisor LLC
See all 735 reviews
Payments made by partners impact the order of prices displayed. Room types may vary.
Nearby Hotels 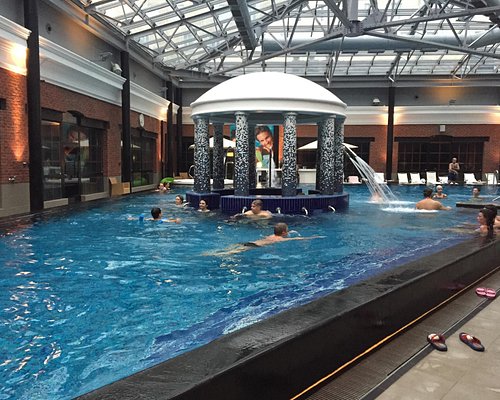 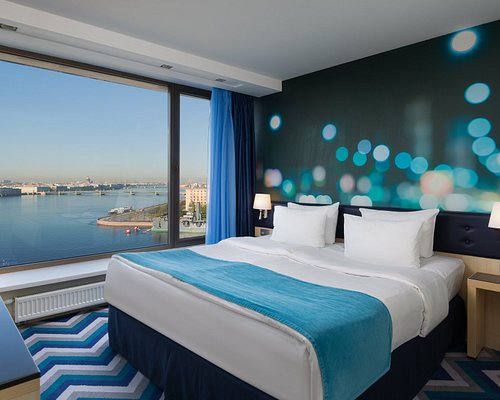 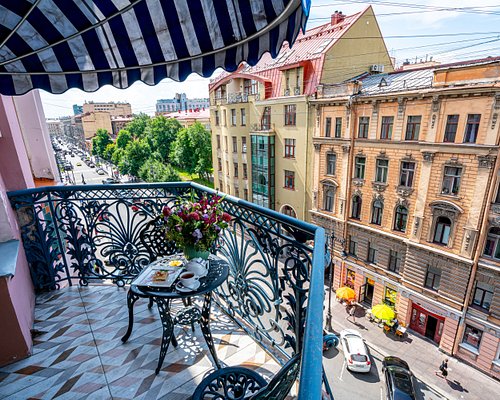 The rooms are large and impressively decorated. The staff were all very helpful, especially the concierge Natalyia. Delicious breakfast buffet too. Great location, even though the hotel is on a Main Street, our room was quiet. We definitely will recommend this hotel to others and will stay here during our next visit to St. Petersburg.

Dear Mrs. Cronin-Wolkov!
Thank you so much for your valuable feedback. We strongly appreciate your positive commenting and sharing your experience of visiting the Taleon Imperial Hotel, and sincerely hope to welcome you and your friends during your future visits to St. Petersburg.

Report response as inappropriateThank you. We appreciate your input.
This response is the subjective opinion of the management representative and not of TripAdvisor LLC
Chris B
Nashville, Tennessee
4662
Reviewed 20 September 2019
Meh...

So my brother and I stayed at the Taleon for 4 nights in September. The rooms were solid, but the hotel fell short in many other categories.

Location: pretty decent. It's close to many of the main sites in city center. That being said, there are tons of hotels with good if not better location.

Service: not great in my opinion. Here's an example. I asked the concierge Natalia to book us a train reservation. It's a known thing that booking through an agency will increase the ticket price by about 50%. I knew exactly what train I wanted, so I asked her to book through rzd.ru - basically book direct. She apologized and told me they always go through an agency because it's easier. I'm sure it is easier for the concierge. But as a patron of the hotel, I expect the concierge to work on my behalf not just do the easiest thing and pass cost to me. Not a big deal, but a good example of the level of service we received at the Taleon. Of note, our hotel in Moscow clued me into booking direct and advised me not to go through an agency because of the price hike.

Bar: pretty bad. Something about the configuration along with a big gaudy flat screen stuck in the middle of the place makes for a terrible place to enjoy a drink.

Front desk: mixed reviews. Some were nice and some were just adequate. My brother dropped off some postcards to be mailed with postage already attached. He still had to pay 100 rubles/postcard. I am still blown away by that.

Spa: standard massage. Nothing special. The lead up to the massage was awkward for many reasons. Here's an example. Once we booked, they told us to change into robes in our rooms and then come back to the spa. I asked if they had some dressing rooms, and the spa reception confirmed, I needed to change in my room first. I'm not shy, but it was weird considering they have dressing rooms.

In short, the Taleon was totally adequate, but in my opinion, we paid a premium for subpar service.

Ask Chris B about Taleon Imperial Hotel
1  Thank Chris B

Thank you for having taken the time to share the valuable concerns about your experience with us. I am naturally disappointed to learn that you did not enjoy your stay with us and would like to sincerely apologize for this.

I would like to assure you that we constantly strive to achieve only the highest level of quality, service and hospitality and I truly regret that we fell short delivering on our promise.

While the lack of service you experienced is unusual for our hotel, there is no excuse for a such a lackadaisical attitude of our employees. Discussions involving the respective team members and myself have taken place, in order to review your comments regarding the situation with the breakfast, so please be assured that we have taken all measures to prevent а recurrence of similar errors in the future.

I am really sorry for the annoyance this incident caused and I hope that this situation did not spoil the impression about your stay. Hope that you choose the Taleon Imperial Hotel again during your next trip to Saint-Petersburg, so we will be able to provide you with our best accommodation and service.

Report response as inappropriateThank you. We appreciate your input.
This response is the subjective opinion of the management representative and not of TripAdvisor LLC
80suzanb
Julianadorp, The Netherlands
11587
Reviewed 10 September 2019 via mobile
Great location

The hotel is located on Nevsky Prospect. Which is ideal to walk to all the main sights and museums. The metro, bus and train station are close. There are many restaurants and bars nearby.
The hotel is situated in a unique building, a old palace. There are many beautiful chandeliers, marble and ornaments. But I think extra floors are fitted in, what makes it look a bit strange and you can easily get lost. Some of the lights are not on, which makes it a bit dark. I would advise the hotel to light up the hotel better.
We had a very spacious room and a double bathroom. The interior is old fashioned, but in good condition. Breakfast was nice, with enough choices and a egg station.
Drinks and the minibar are a bit expensive.
The food in the Victoria restaurant is truly amazing and not expensive. It also has a nice terrace overlooking a part of the city. I recommend to eat there!
The pool and spa are very nice as well.

Dear Suzan!
Thank you very much for choosing our hotel for your stay in Saint-Petersburg and for sharing your experience. Your valuable comments are much appreciated and for sure will be taken into consideration by the management. We hopefully look forward to welcoming you back in the future.
Best regards,
Sergey S
Front Office Director

Report response as inappropriateThank you. We appreciate your input.
This response is the subjective opinion of the management representative and not of TripAdvisor LLC
LuisDMateos1
Mexico City, Mexico
81100
Reviewed 2 September 2019
Great understanding (DID NOT STAY)

Just wanted to write a public thank you to the reservation and sales staff at the Taleon Imperial. I had to cancel my entire trip to the Baltic because my mother was diagnosed with terminal cancer. The Taleon staff were humane and understanding (unlike The Kamp in Helsinki) and did a complete refund of the entire fare, even though it was non-refundable. I wanted to highlight this because it is what you would expect from a Leading Hotels and Resorts property which is not always the case! Thank you Taleon!