USD 62
View deal
Reserve now, pay at stay
Orbitz.com
Booking.comUSD 63
Hotels.comUSD 63
View all 12 deals
Prices are provided by our partners, and reflect total costs of the stay, including all taxes and fees known to our partners. Please see our partners for more details.
Payments made by partners impact the order of prices displayed. Room types may vary.
JandJCanberra
Canberra
12765

This is a hotel that caters for tour groups. Given that, as would be expected, it is a hotel that could be found anywhere in the world. It is a long way from town, so the hotel is the only place to eat. Food was average, but the hotel was full and catering for close to a couple of hundred guests, so it was difficult for it to be otherwise. The rooms were of a good size and the beds were comfortable. The balcony was a bonus and well used for drying washing. Staff appeared to be rushed and harried.

See all 333 reviews
Payments made by partners impact the order of prices displayed. Room types may vary.
Nearby Hotels 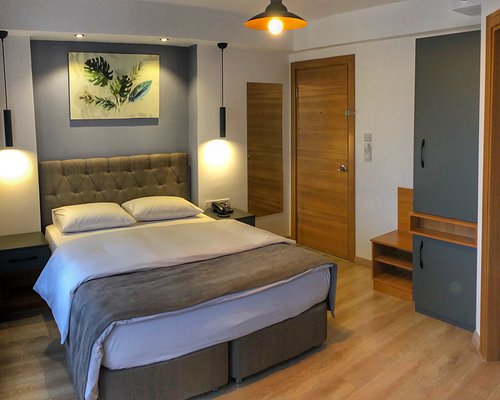 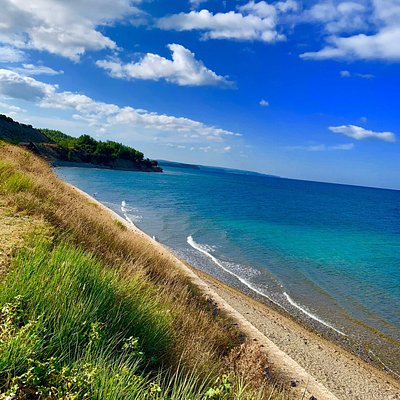 We travelled from Sofia and stayed for 1 night in Iris. Many our friends have been coming here since years and have recommended this property to us. We arrived just at the sunset time and had the best chance to enjoy beautiful nature and history view - the Gallipoli monument across the Dardanelles! Then we had a rich buffet dinner at the restaurant and were nicely surprised to learn that most of the food served there is ecological!
The room was enough to fit all family - 2 adults with 2 kids. Bathroom and room were perfectly clean. With a view towards the mountains. We had a good sleep. Breakfast was fresh and good for small kids tastes too (!). But what kids liked the most was the small zoo just next to the hotel - deers, yes real deers! It was hard to make the children get on the car - but we had to go to Troy...

Ask Bc B about Iris Hotel
8  Thank Bc B

This review is the subjective opinion of a Tripadvisor member and not of TripAdvisor LLC.
28130
Vancouver
9841
Reviewed 26 October 2012
Beach and Pool

Stayed here one night between Kusadasi and Istanbul. About five other tourist buses had the same idea. The room overlooked the pool...and some party was going on next door that involved loud drumming. There was time for a massage--a lovely couple provide the services--and after feeling the mattress, a massage seemed like a really good idea.... The buffet was geared to large numbers in a tour --though I'm not sure who eats stone cold fries at breakfast time.

Okay for one night. Glad it wasn't longer.

This review is the subjective opinion of a Tripadvisor member and not of TripAdvisor LLC.
Bryce W
Auckland
6952
Reviewed 21 October 2012
An average Hotel

Stayed here one night after a trip to Gallipoli. It was reasonably clean and quiet (our room overlooked the pool area) but it was very basic. No hair shampoo, only a dispenser of soap in the shower and beside the hand basin. Althought it is on the beachfront, the beach shoreline was covered in seaweed and did not look inviting. Reasonable buffet dinner and breakfast but if you are looking for a culinary treat this isn't the hotel. The real downside is that it is 15 minutes out of the city centre and therefore if you want to look at the local shops or restaurants it's a bus ride or a 40 lira taxi trip, one way.

This review is the subjective opinion of a Tripadvisor member and not of TripAdvisor LLC.
Kenneth964
Ipswich, United Kingdom
815
Reviewed 14 October 2012
Newmarket Holiday

Our second of three scheduled hotels for this trip.
Just a one night stayover as a break stop for the trip.
From the outside and first impressions at reception as you enter the hotel it seems a fantastic hotel.
After a quick shower and brush up to get ready for dinner you see that the main function of this hotel somewhat starts to falter as our room was a tad on the tired side. The beds for a start could do with the mattress replacing.
However, after a decent buffy stle meal and retiring to bed, we were confronted by a horrendous noise coming from somewhere.
Hoping that it would shortly stop we settled down for the night, half an hour later with no let up, I complained to reception who duly sent their maintainence man to investigate.
Having managed to dull the sound I managed to drop off.
I was awoken by the sound at 2:30am, and asked my wife how long it had been going, to which she replied YOU dropped off to sleep very quickly and it wasn't long after that the noise returned.
Upon complaining to the night receptionist about it's return I was told it was a water pump making the noise and that he cold turn it off but that would mean no one would have water in the morning. I guessed that would make me very popular in the morning, so had to put up with a sleepless night.
To make matters worse we had a small amount of water dripping through the bathroom ceiling into the washbasin next morning.

Room tip: Luck of the draw as some in our party said they had a fab room and could not fault the place. We had room 213. guess the 13 part was unlucky.
Ask Kenneth964 about Iris Hotel
2  Thank Kenneth964

This review is the subjective opinion of a Tripadvisor member and not of TripAdvisor LLC.
rosemaryf666
Geelong, Australia
773312
Reviewed 2 October 2012
Fabulous

This huge, clean, attractive hotel with everything you could want is situated on the beach, one with real sand. Staff are lovely. Rooms are spacious. The buffet is has better quality food than many other large hotels. Wifi is strong. Hotel is in a quiet area. Only downside is you have to drive or taxi if you want to leave the hotel. It's 15 minutes out of Canakkale.

Thank you for your feedback objectively. See you soon.

Report response as inappropriateThank you. We appreciate your input.
This response is the subjective opinion of the management representative and not of TripAdvisor LLC
View more reviews
PreviousNext
1…222324…