USD 28
Free cancellation until 02/12/21
View deal
Hotels.comUSD 28
TravelocityUSD 28
Orbitz.comUSD 28
CheapTicketsUSD 28
TripadvisorUSD 28
StayForLong
View all 13 deals
Prices are provided by our partners, and reflect total costs of the stay, including all taxes and fees known to our partners. Please see our partners for more details.
Payments made by partners impact the order of prices displayed. Room types may vary.
Roseanna Q
Gold Coast, Australia
71

My husband and I stayed for 1 night on our way from the airport to Nusa Lembongan.
Highlights: late check in (we arrived at 1.30am), pool looked nice and location was close to boats for Lembongan.
Lowlights: bathroom was old and dirty (lucky we didn't have to use it..).
I would recommend this hotel for a place to rest your head but not for a holiday stay.

Trip type: Travelled as a couple
See all 233 reviews
Payments made by partners impact the order of prices displayed. Room types may vary.
Nearby Hotels 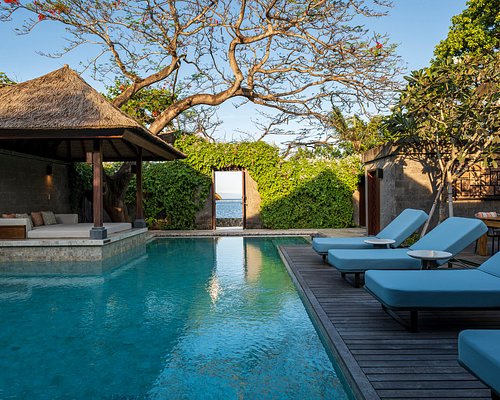 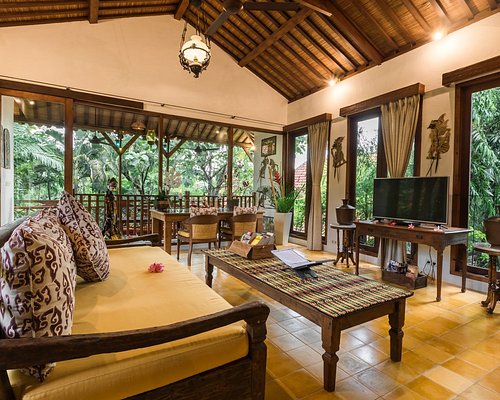 This hotel is good value for money.
It has a nice pool areas. The rooms were clean, but quite basic.
Try not to stay near the conference room or in the rooms close to the main road as it can be quite noisy. The breakfast is worth having.

This review is the subjective opinion of a Tripadvisor member and not of TripAdvisor LLC.
René d
Denpasar, Indonesia
42
Reviewed 4 November 2016
A long stay that was warm and welcoming.

We stayed for the second time in Puri Dalem Hotel. In 2015 we stayed for 9 nights and now we booked for 19 night and this year we brought our daughter with us. The hotel was our home base for traveling on Bali.

On the first day our welcome was warm and friendly. The staff is great and doing there very best to make feel as a welcome guest. Every day they ask if there is anything needed and they come for a talk or learn some (in our case) Dutch words. Breakfast is great. We also had a diner at restaurant wich was good. During our stay some roofs were renewed and a lot of landscaping is done. Everyday the garden is cleaned and landscapers are busy to keep the garden look wonderfull.

Our "de luxe" room was great. (We had the same room as last year.)The bathroom is getting a little bit dated. Never the less it is all clean. Every day our bed sheets, towels and pool towels were changed. Halfway our holiday we got a fruit basket.

Although the hotel is on a busy road the noise is not bothersome. The shuttle service to another hotel on the beach front is great. You can use all facilities of that hotel as well.

We had a wonderfull stay at Puri Dalem Hotel and look back at three wonderfull weeks and we look forward to our next stay.

Management and staff of Puri Dalem THANK YOU!!

Room tip: Rooms in the back of the hotel are not on the road side and thereby more quiet.
Ask René d about Puri Dalem Hotel
Thank René d

This review is the subjective opinion of a Tripadvisor member and not of TripAdvisor LLC.
CJswanderlust
Adelaide, Australia
5758
Reviewed 4 November 2016
Looks good on the surface

On approaching this hotel it looks great, the gardens are nice, the pool looks cool and welcoming, the reception area has brochures about local sites and restaurants and the receptionist smiles politely. That's about where it ends.
We were lead to our room which was dark and dingy and had an odd and very strong smell we couldn't put our finger on. The room had 2 single beds when I had requested a double. There was no pool view as stated in the information and in the photos of the rooms.
I opened the curtains to let some light in only to be greeted by a fence, dirt and the outside half of a few other rooms air-conditioning units. Unfortunately we had no choice but to leave the curtains open as the room was so dark not even having all the lights on was enough. I questioned the rooms location to the pool and also the twin beds and was told they didn't have any vacant double rooms.... that's great for you but I booked a double room with pool view weeks ago. They offered to join the beds and given we were only there one night we just said yeah fine knowing it would be over soonish. They made the bed up with what was apparently clean sheets.... grey as a winters day but yes they were clean and smelled of laundry powder.
On entering the bathroom the odd smell smacked me in the face like a frying pan! It was awful!! We put the exhaust fan on for the entire time we were in that room to draw the smell away, we ended up discovering the smell was in fact coming from a brand new shower curtain. That was about the only clean and new thing in that bathroom. It was disgusting, filthy, mouldy and grimy. The doors had cracks in them, the walls in the whole room and bathroom were FILTHY dirty and the air conditioner leaked all into our luggage. When I reported the issue with the air conditioner the man said yes yes and left....... never heard a thing about it and no one came. It leaked the whole time and I had to put one of our 2 towels on the floor to collect the water. 2 people swimming and showering and only 1 towel each to use for both. No clothes horse to dry anything, no face washers in the bathroom, dirty glasses and stained coffee cups. No bottled water supplied but they did give us a jug of water to use in the kettle. We didn't use it as by now we didn't trust much at this place. The TV was the old deep box style, the phone was basic and yellowed with age and sunlight.
The include breakfast was average at best and the staff seemed to be spending a lot of time talking amongst themselves while we all ate, having said that they did sweep away our dirty dishes very quickly from our table.
The pools look beautiful until you get close up, the grout is green and so is a film of calcified muck on the tiles. Needs draining and scrubbing.
Very disappointed in this place and will never stay again. This is the worst hotel my husband and I have ever stayed in to date. We will never go back and will never recommend this place to anyone.
If I didn't feel like it would TOTALY spoil our holiday and cause me to have to find another place to stay, I would have complained, asked for a refund and left. We were there for 1 night before we flew home so we just put up with it. Hubby was also down with Bali belly so dragging him around wasn't an option.

This review is the subjective opinion of a Tripadvisor member and not of TripAdvisor LLC.
James R
149
Reviewed 16 October 2016 via mobile
One night stay was ok

The staff are great. Absolutely great! Breakfast was great. The room was ok. As the usual case with Bali the people stand out as the best part. Smiles and greetings the whole time. The pool was nice for a dip.

This review is the subjective opinion of a Tripadvisor member and not of TripAdvisor LLC.
Charlie B
Dapto, New South Wales, Australia
3434
Reviewed 25 September 2016
Home away from home

Wonderful hotel
Warm and friendly staff make you feel like part of the family.
If you have a problem, staff acted quickly to rectify the problem
2 Beautiful pools to swim in
Breakfast is nice and restaurant food improving all the time
comfortable and clean rooms with A/C

Ask Charlie B about Puri Dalem Hotel
2  Thank Charlie B