USD 25
Free cancellation until 23/04/21
View deal
Expedia.comUSD 25
TripadvisorUSD 25
FindHotel
TravelocityUSD 25
CheapTicketsUSD 25
Orbitz.comUSD 25
View all 12 deals
Prices are provided by our partners, and reflect total costs of the stay, including all taxes and fees known to our partners. Please see our partners for more details.
Payments made by partners impact the order of prices displayed. Room types may vary.
Ksg1668
41

Terrible...the main entrance was muddy when we get out of the car...We didnt like the room given to us that we changed..the second was given without changing bedsheets ..toilet was not cleaned..the wash bassin was full..a big thanks to the head of housekeeping ..he changed everything for us..very nice guy..we adjust for one night and shifted...when checking out Manager said he will give us a suite...Suite should have been given on the arrival..very dissapointed

Trip type: Travelled as a couple
See all 391 reviews
Payments made by partners impact the order of prices displayed. Room types may vary.
Nearby Hotels 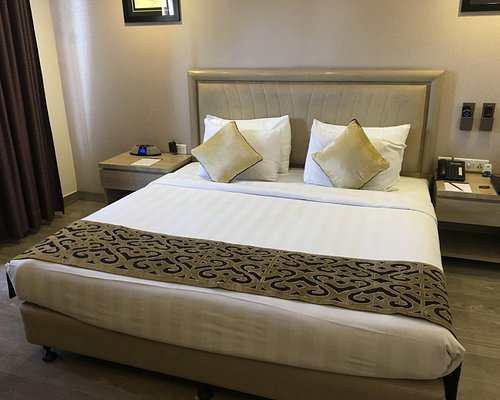 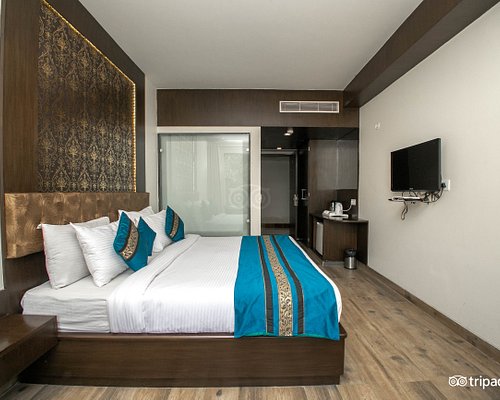 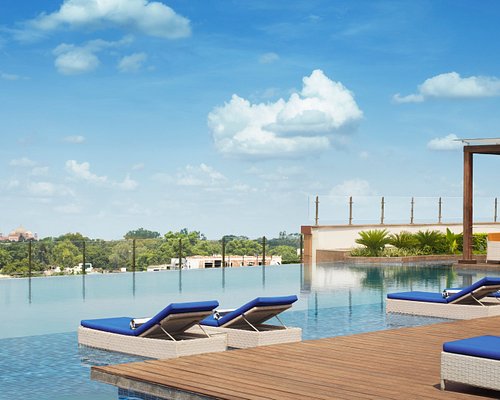 Poor information regarding hot water times, and when they said they were coming with buckets, it took an hour, even though they said «two minutes». I ended up washing my hair in the sink because we had a tight time schedule, which they knew about. During breakfast they made the wrong food and my friend had to leave before she even got her beverage (tight schedule again). When I finally got my food, it was only half complete and the waitor never came back with the rest. The reception wanted me to pay for the one they made wrong + the one I had, and two beverages. I denied, since it was on them. Then I had to argue with the staff, and manager, before he agreed on letting me not have to pay for the breakfast.

This review is the subjective opinion of a TripAdvisor member and not of TripAdvisor LLC
Vivek S
Gurugram (Gurgaon), India
9
Reviewed 6 November 2019
Stay at Amar Yatri Niwas

A few people really left best impression on me... A very good receptionist - Pooja Dubey... Operations manager like Mr. Lokesh raghuvanshi... And Ravi kishan at the room service.... they really made the stay very good. Very loyal and honest people.. but they are not backed with equivalent house keeping. Pillow quality was worse, bed sheets were having stains.. and worst part is I left my hotspot there which got missed by hotel staff. I truly remember that at night it near by pillow which fell down between the bed... Unfortunately there were two joint bed instead a king size. I thought I will take it back in the morning, but forgot to do so.

Room tip: Be careful while vacating the place if you leave anything by mistake, you will not get it back of sure.
Review collected in partnership with this hotel
This business uses tools provided by Tripadvisor (or one of its official Review Collection Partners) to encourage and collect guest reviews, including this one.
Ask Vivek S about Amar Yatri Niwas
Thank Vivek S

This review is the subjective opinion of a TripAdvisor member and not of TripAdvisor LLC
WISHAL2013
Surfers Paradise, Australia
5770
Reviewed 2 November 2019 via mobile
Best Customer Service Great Attitude

We were on a business trip which started with a bad hotel in India, after just one night in that hotel I called this property and spoke to Senior Operations Manager Mr. Lokesh over the phone he assured me he will look after us. So we decided to go to Amar Yatri Niwas... I we were greated by Mr.Lokesh in Lobby, which was vibrant and Mr.Aman was smiling at the front desk. Mr. Lokesh took me to my room straight away and offered me coffee. We were getting for the meeting so we completed our check in process and left. Although we were supposed to stay for only couple of days but because of the way Mr. Lokesh looked after us we decided that we will stay in his hotel until we leave India.
Front Desk was always smiling always welcoming which I didn't find even at Marriott Hotel when I was there. A happy front desk is a sign of positivity which any guest would love to see. Ms. Pooja was extremely helpful while our stay making sure that our stay is smooth without any issues. Ms. Sanjana housekeeping manager made sure that our room was made professionally. Night Manager Praveen and Aman were always helpful when ever I needed anything. Food was good too.
I have been working in International Tourism and Hospitality Industry for more then 20 years now and I can definitely see that the way Mr. Lokesh was leading his team it was calm, cool and professional.
I would personally like to Invite Mr. Lokesh to come to Australia and teach my team so that we can also get the benefit of his skills.
I'm definitely coming back to this property and hopefully I will hear back from you guys soon.
Cheers Mate Keep Up The Good Job

It was good experiance in hotel amar yatri niwas.. its also near to realways station and taj mahal agra... nice room nice service all was good here i will recomand this hotel to my all freind thank you

Horrendous hotel. Piles of rubbish in the hallways, electric problems during the entire stay, plug sockets didn’t work, WiFi was bad quality if any, hotel had an awful damp smell throughout, lights wouldn’t stay on/off, no hot water at all during our stay. Sheets weren’t cleaned (hair, dirt, food stains) and floor was dirty. Not in a nice area, huge muddy area you have to walk through before entrance.