The most helpful hotel in Jaisalmer - Review of Shahi Palace Hotel

USD 7
View deal
Hotels.comUSD 7
Booking.comUSD 7
Trip.comUSD 28
FindHotelUSD 7
Orbitz.comUSD 7
TravelocityUSD 7
View all 13 deals
Prices are provided by our partners, and reflect total costs of the stay, including all taxes and fees known to our partners. Please see our partners for more details.
Payments made by partners impact the order of prices displayed. Room types may vary.
lucy24r
Brisbane, Australia
135

The most helpful hotel in Jaisalmer

I arrived at Shahi Palace with no booking after reading many positive reviews and I was blown away by the hotels hospitality. I did not actually stay at Shahi Palace however I did book a overnight camel safari through the hotel. In saying this when I arrived I was given a complimentary coffee and bottle of water on my arrival. I sorted out the camel safari and then was given a room free of charge to use for a few hours until it was time to go on the safari. I was then driven to their sister hotel so I could go for a swim in the pool and taken back to Shahi palace before embarking on the camel safari. The camel safari was great. It was very peaceful out in the Thar Desert and we camped at sand dunes with no other tours so very non touristy which was great. I was also taken to a village and would recommend buying some lollies or lollipops to give to the children in the village as it made them so happy. On return of the safari Hemant organised my bus tickets for me and gave me a room again to relax in until my bus arrived. I was then driven to the bus station all free of charge. Hemant and Shahi palace were so hospitable and beyond amazing. I can not recommend them enoughMore

Namast!!! and thank you Lucy for the nice review on Trip Advisor. I’m glad everything was to your satisfaction and you enjoyed the hotel. It’s great you had such a good time on our camel and jeep safari as it’s one of our most popular tours. Hope to see you back again in the future.
All the best from everyone in Shahi Palace.

Report response as inappropriateThank you. We appreciate your input.
This response is the subjective opinion of the management representative and not of TripAdvisor LLC
See all 1,523 reviews
Payments made by partners impact the order of prices displayed. Room types may vary.
Nearby Hotels 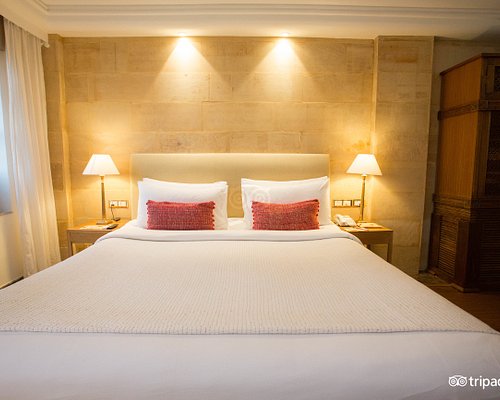 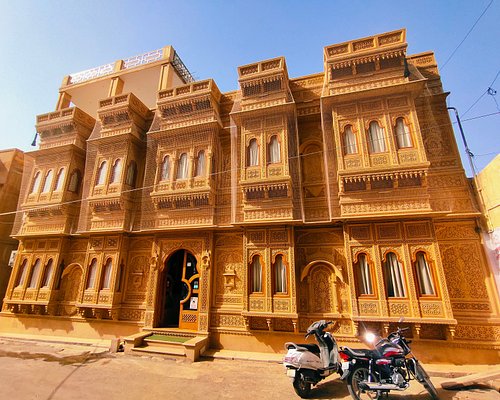 Very helpful guy. We didn’t need half the services he was offering, but we used the car to the airport he offered us at a good rate, even though by then we were staying in the fort itself.
An honourable guy.

Namaste, It’s great you had such a good time in our hotel. Hopefully next time you will return to us in our hotel so we can take you on a camel and jeep safari. We do a great tour out to the desert which is not to be missed. Take care and enjoy the rest of your adventures in our country.
Kind Regards,
Devilal Mali

Report response as inappropriateThank you. We appreciate your input.
This response is the subjective opinion of the management representative and not of TripAdvisor LLC
tajkia_mitu
22
Reviewed 25 August 2019
amazing tour at jaysalmer

it was amazing experience to live in shahi palace..the interior of the room gives the rajesthani taste. the mesmerizing roof top beautiful
natural environment with golden fort view was so mesmerazing!! the yammy chicken biriani..and above hall the service of the hotel was just amazing and too helpful. special thanks to hemnath ji, who helped us with his best.for making our tour plan.he guided us to enjoy to our best.the camel riding, cultural evening,
zeep ridind at desert, visiting the histrical places at jaysalmer everything was just outstanding,it was amazingly managed by the hotel..the behavior and cooperation from the hotel service was so helpful for us.the wifi facilities taxi service filter and other services were so good..one must stay here to enjoy.. thank you hotel shahi palace. wanna come again...come to shahi palace and feel like home at jaysalmer..

Namaste and thank you for the review on Trip Advisor, it’s much appreciated. Myself and my staff are delighted you had such a good time in our hotel. Hopefully in the future you will return to us and eat at our popular roof top restaurant as our chef cooks a wide selection of dishes.
Regards from all in Shahi Palace.

Report response as inappropriateThank you. We appreciate your input.
This response is the subjective opinion of the management representative and not of TripAdvisor LLC
Anam140133
Bangladesh
21
Reviewed 22 August 2019
A happy journey in jaisalmer

The hotel is awesome...And the service of the hotel really is fantastic.There is a man in this hotel named "Hemant" is very helpful,who will help you in any kind of situation to make your journey perfect..And the situation of the hotel is right beside the golden fort.so you can enjoy the view of the fort in the light also..

Namaste!!!
Thank you for the review on Trip Advisor, It’s much appreciated. Were delighted you started your trip with us and had a good time in our hotel. We set high standards for our staff in regard to hospitality and cleanliness so I’m glad everything was to your satisfaction. Hope to see you back again in the future.
Best of luck from all in Shahi Palace.

Report response as inappropriateThank you. We appreciate your input.
This response is the subjective opinion of the management representative and not of TripAdvisor LLC
Dhruubo
21
Reviewed 22 August 2019
Rajasthan tour

One of the best hotels to be comfortable and spend a great time in the hot context.The rooms are very comfortabl.The best part is the rooftop from where a great view of golden fort can be seen. Besides the stuffs are very cordial and helpful.My trip was so amazing as they helped us with the packages and other things.
A special thank to @Hemant

Namaste, thank you for the review on Trip Advisor. I’m glad everything was to your satisfaction and you had a good time in our hotel. We like our guests to come as strangers and leave as guests and I’m glad you felt that way. Hopefully we will see you back at our hotel again in the future.
All the best from everyone in Shahi Palace.

Report response as inappropriateThank you. We appreciate your input.
This response is the subjective opinion of the management representative and not of TripAdvisor LLC
HMogue
Zaragoza, Spain
11
Reviewed 21 August 2019
Surprisingly great!

We were supposed to go to another hotel.
We arrived and without any emails, our hotel is suddently closed, and there is a guy telling us that we could go to his hotel instead because the other one belongs to his friend (What we thought was "clearly" a scam).

Turns out, they were just being kind. We ended up looking at two hotels, and choosing a better hotel (Shahi Palace) than the one we had, stayed in a room that was more expensive and nicer than what we had already payed for (we checked on booking) for the same price. Staff were extremely caring and kind, letting us choose and think about it, offering us tea, making us comfortable. They even gave us a free tour around the city after. The rooftop view and the restaurant were also great.

And if they weren't kind enough, a few days later I realized that I had forgotten something in the room, so they managed to send it to me to the next city I was going to.

Namaste!!!
Helena thanks for the review on Trip Advisor. It’s much appreciated were glad you enjoyed our hotel and everything was to your satisfaction. Its not first time for us to sand the things of our guest have forgotten ,we have done same in past too.we have happy that this time its not too far to courier .we hope you have enjoyed the rest of your trip.
Regards from all in Shahi Palace.

Report response as inappropriateThank you. We appreciate your input.
This response is the subjective opinion of the management representative and not of TripAdvisor LLC
View more reviews
PreviousNext
1…202122…