Not bad, not great - Review of Saynamkhan River View

StayForLong
Expedia.com
Hotels.com
View all 13 deals
Prices are provided by our partners, and reflect total costs of the stay, including all taxes and fees known to our partners. Please see our partners for more details.
Payments made by partners impact the order of prices displayed. Room types may vary.
Davewithomson
610

Not bad, not great

Review of Saynamkhan River View
Reviewed 30 May 2012 via mobile

We booked 3 nights here. It was ok we had ground floor room. Literally the first room from reception it has a seating area outside which was good. Rooms were quite small and dark but the bed was quite hard, the bathroom was very standard. Great location just down the road from the main road with a nice market that came on at night. We thought it was a little expensive for what we got. Like I said. Not bad, not great

See all 227 reviews
Payments made by partners impact the order of prices displayed. Room types may vary.
Nearby Hotels 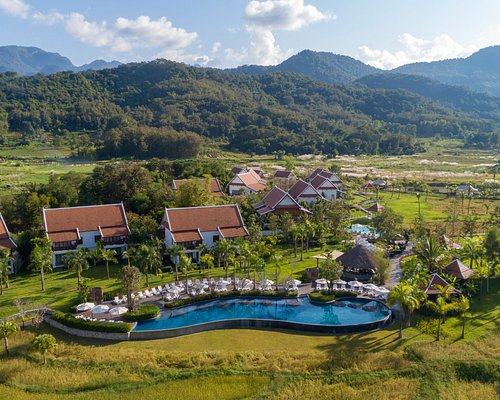 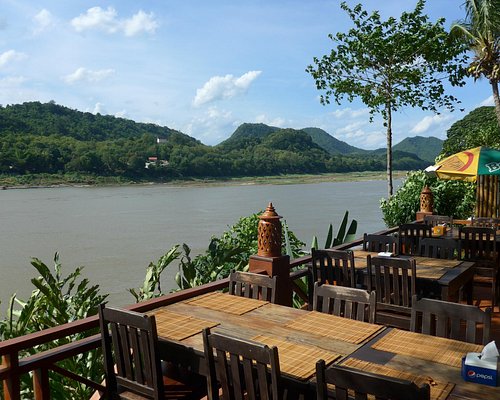 I stayed in this hotel in May for 2 nights after doing some research on tripadvisor. This seemed to be the best value for money as my gf and I were over budget on our travels at the time of arrival. We checked the pictures on the site and it looked like we were staying in the white building as photographed.
When we arrived we were greeted by a less than enthusiastic staff member who told us that the white building (new part) was full even though we saw nobody come in or out of there throughout our stay. We were told that we would have to stay in the older wooden building attached to the right side of the new building (you can just make it out in one of the hotels pictures). We were brought to our rooms to find that the room was dirty, smelly, the fridge had no water in it, no safe, ants in and around the bath, toilet, sink, bed etc. Reluctantly after a cull we decided we would continue on with our budget requirements and stay in our less than perfect room.
We awoke in the night to a loud chattering noise which once the light was turned on we discovered 2 lizards on the walls. We discovered that they have somewhat of a highway above the windows that allow them and any other creature smaller than a rooster to get in. Speaking of roosters, we awoke a few hours later to hear our new alarm clock going off with no intention of letting up until 10.30!
Tired and annoyed we decided we would go for breakfast. We met another unfriendly and less than enthusiastic member of staff who told us to go up the road (3 mins walk) to another restaurant where you can redeem a voucher for a free breakfast. This turned out to be no more than sliced bread, jam and cold coffee.
Afterwards we returned to the room to have our showers and go out for the day. I noticed that someone had been in our room as our wooden slat doors that lead onto the patio were open and just the light inner door with glass panes was closed. Passports and laptop on show of course as we had not expected them to clean the room. As I closed the curtain and began to get undressed I noticed someone trying to look in through the windows, covered by the thin layer of curtain material. After I exclaimed and went to the door the person who I had recognised as one of the hotel guys had run towards the white building pretending he hadn't been there. Tired, annoyed and still hungry I made it clear I was closing the outer doors for no more peeping tom games!
I have never showered with ants before then.
We left and went to a far better place nearby for the duration of our stay in Luang Prabang for similar price.
My gf and I would not trust the staff, we didn't like the rooms or the visitors in the night, we won't be coming back and would not recommend this to a friend.

This review is the subjective opinion of a Tripadvisor member and not of TripAdvisor LLC.
Aprile51284
99
Reviewed 10 May 2012 via mobile
If you like lizards running around your room... It's ok!

Disgusting place! Don't be fooled by the picture, we were put in the wooden Addams family style house with no protection from the outside! The room was designed in 1972 (by the look of it) and it was FULL of lines of ants running around the bath!
An old dirty pair of flip flops and we were told they were for our use!
We were given a voucher to walk about 5 minutes up the road to be served a slice of bread and a bowl of melon!
Oh and the big lizards running around inside the room made it very difficult to sleep! It might be due to the big holes in the wooden walls!
We also saw an employee looking in our room when we were in there and he quickly ran away when he saw us! There are no safes in the room so we've had to carry everything with us everywhere we go!
I haven't even left, this place creeps me out I'm scared to go asleep and I'm writing this review from my bed! We asked to be moved but they wouldn't and we booked the deluxe room! We found nicer accomodation around the corner for the same price and will be leaving tomorrow morning!
A gecko has just started making noise behind my head! Seriously! This place CREEPS me out! Both staff and animals!

This review is the subjective opinion of a Tripadvisor member and not of TripAdvisor LLC.
EnjoyBangkok
Chonburi, Thailand
2627
Reviewed 25 April 2012
Excellent location, nice staff

Highly recommend like other reviews, it is in the center of Luangprabang, walking distance to major places. But I did not feel like I am staying in middle of the town because of the Khan River view and the temple near by. All staff are nice and polite. I booked for 2 nights and decided to stay 1 more night after checking other guesthouses near by...just pay a little extra.

This review is the subjective opinion of a Tripadvisor member and not of TripAdvisor LLC.
fareastjim
Hong Kong, China
445315
Reviewed 8 April 2012
Lovely hotel, excellent location and great river views

We highly recommend this guest house. We have a river view room with a terrace. The room is clean, comfortable with lovely bedding and the bathroom is small but has a hot water shower. We have enjoyed sitting out on our terrace with a glass of wine watching the world go by in the early evening. Breakfast is included and is different from the usual breakfast - fruit salad and pancakes - very yummy. It is very close to the sights being situated in the historical quarter of Luang Prabang. We would stay here again.

Room tip: Ask for a ground floor room with terrace. It is really lovely sitting out there in the evening and it is great having the extra space.
Ask fareastjim about Saynamkhan River View
Thank fareastjim

This review is the subjective opinion of a Tripadvisor member and not of TripAdvisor LLC.
Laurent A
Vientiane, Laos
117
Reviewed 12 March 2012
Off/road motorbike trip north Laos

Working as motorbike guide in Laos, i discover this hotel downtown LPQ during my last trip in january. The hotel takes place in old colonial house and in old wooden house, between the "nam kong river" and the "nam khan river.
Nice place to stay and to feel the spirit of this old royal capital through this place.
Good service and good restaurant ("Couleur Cafe").
Free service : WIFI,TV, AIR COND, LAUNDRY.
The owners speak: French, English, Thai, and Lao.
My advice is : you are in old royal capital and stay in old colonial house, is the best way to be in harmony with this town.
Laurent.

Ask Laurent A about Saynamkhan River View
1  Thank Laurent A

This review is the subjective opinion of a Tripadvisor member and not of TripAdvisor LLC.
View more reviews
PreviousNext
1…212223…