USD 73
View deal
Hotels.comUSD 102
PricelineUSD 102
TravelocityUSD 102
View all 16 deals
Prices are provided by our partners, and reflect total costs of the stay, including all taxes and fees known to our partners. Please see our partners for more details.
Payments made by partners impact the order of prices displayed. Room types may vary.
David B
Sydney, Australia
10053

From the time we arrived, no one help us with 3 big suitcases, and 2 kids. Not a warm welcome either. Room were smlly not dirty but a very unpleasant smell. very dark with a very poor lighting definitly need a major upgrade. Breakfast buffet was poor not in selection but quality. service quiet average no warmth.

See all 1,470 reviews
Payments made by partners impact the order of prices displayed. Room types may vary.
Nearby Hotels 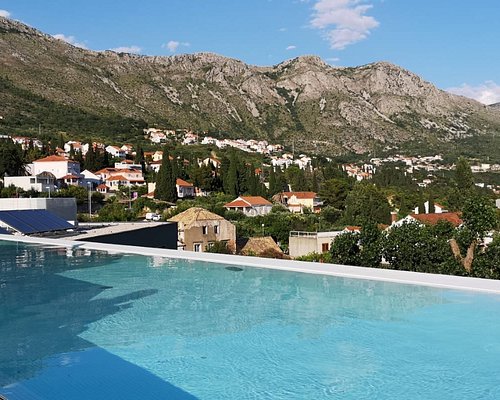 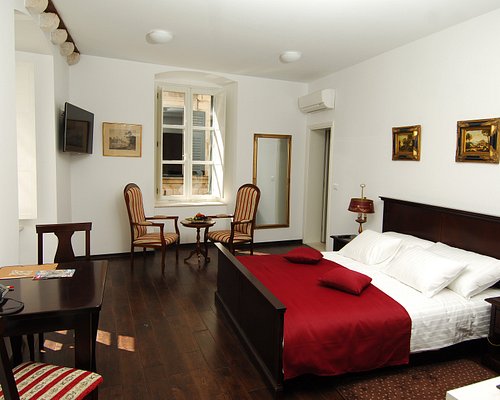 Very good standard of hotel walking distance from the city. Rooms are a good size and the beds are comfortable. Quiet at night. It has a nice big bar with a lovely outdoor area. The breakfast offers a huge choice, including cooked, in a large bright room. The staff in every area are both efficient and friendly. Very pleased with this choice

This review is the subjective opinion of a Tripadvisor member and not of TripAdvisor LLC.
VikkiHanley
Glossop, United Kingdom
4319
Reviewed 20 July 2017 via mobile
Good hotel with a few problems

The hotel was lovely upon first glance but there was quite a few underlying problems. We had tons of problems with our safe working, we arrived around 8:30 and just wanted to eat as we were starving and had to wait around for someone fixing the safe. We spoke to another couple who's safe had done the safe thing and ended up staying in and missing dinner as didn't want to leave valuables unattended. The shower handle was also hanging off and if you pulled it out instead of sideways it would come off revealing a grimy rusty handle thing. Aside from this the room was clean, comfortable and the air con kept the room lovely and cool. There was no view and our room over looked by balconies but as we spent little time it didnt bother us. The pool was a huge problem though, for the first couple of days getting sun loungers was no problem but after that there must have been an influx of customers as anytime after 9:30 you have no chance of getting one. Which is very irritating as most people came down and put towels on them really early without actually lying there for hours, they need to crack down on this in my opinion and maybe have a time limit if you leave your lounger as with so little beds its unfair. Its made worse by the fact nearly no rooms have a balcony so if you want to sit outside you have to go to the pool. Theres not too much sun either throughout the day so if you want to sun lounge Id probably recommend going else where. The bar was nice but pricey for tiny drinks. The food was ok, the breakfast had a good choice but the hot foods were not cooked very well- bacon very slimey and fatty and the scrambled eggs were watery and looked terrible, I didn't try the eggs however so maybe they tasted better than they looked. We didn't go half board but was tired one evening and decided to try the meal at the hotel, but it was pretty rubbish however, its a buffet but non of the food looked like the food on the posters! Basically unidentified chewy meats. Save your money (155kuna of it plus drinks) on that front and go to one of the many fabulous restaurants around the area. Over all it was a pleasant stay but there is a few problems that do need addressing. Its somewhere between a 3/4 star hotel with the potential to be much better.

This review is the subjective opinion of a Tripadvisor member and not of TripAdvisor LLC.
pz44
13
Reviewed 19 July 2017 via mobile
Great time.

This review is the subjective opinion of a Tripadvisor member and not of TripAdvisor LLC.
Lozzledoll
Milton Keynes, United Kingdom
1416
Reviewed 16 July 2017 via mobile
First time to Croatia

Hotel Lero is a good hotel..it is modern and the staff are attentive to your needs. The breakfast offers a wide selection of foods and there was plenty each day.
It is about 20 minute walk to the old town ..or there is regular buses available just yards away from the hotel.
Location is good and the facilities are good too. The only thing for me was the pool, it is tiny and we found it impossible to get a sunbed even if you tried very early in the morning. However, this did encourage us to make the most of our holiday and see the beautiful sights of Dubrovnik every day! (So many steps, no need for the gym!)
If you are looking for a holiday where you simply stay by the pool all day hotel Lero is probably not the place for you.
If you do choose to stay here..take your own hair dryer too!
Complimentary dressing gown and sliders to use whilst you stay was a bonus :)

This review is the subjective opinion of a Tripadvisor member and not of TripAdvisor LLC.
Lcorb
Greater London, United Kingdom
1111
Reviewed 15 July 2017
ok stay however charged twice and took over 2 wks of chasing for refund

was charged twice then had to chase for over two weeks with a lot of emails to get my money back, which still isnt 100% the correct amount. Such a painful process and so unnecessary - and not what i would expect for a 4 star hotel.

Our room was ok, however i expected more for a 4 star - our shower head was loose and constantly falling down, towels were old, tatty and frayed - they must have been old as still had 3 star branding.

Breakfast was good and the staff were friendly. Roughly a 20 min walk to the old town.

This review is the subjective opinion of a Tripadvisor member and not of TripAdvisor LLC.
View more reviews
PreviousNext
1…484950…