USD 174
Free cancellation until 03/02/22
View deal
Hotels.comUSD 174
Orbitz.comUSD 174
CheapTicketsUSD 174
TravelocityUSD 174
FindHotelUSD 174
EtripUSD 174
View all 12 deals
Prices are provided by our partners, and reflect total costs of the stay, including all taxes and fees known to our partners. Please see our partners for more details.
Payments made by partners impact the order of prices displayed. Room types may vary.
PerArdua83
Chester, United Kingdom
2325

Review of The Islander Hotel
Reviewed 27 January 2020 via mobile

Booked this particular hotel for its location more than anything else. Got met at the airport by a driver, which I was very grateful for, had quite a lot of baggage. Check in was very quick and easy. Room was massive, two single and on double bed. Happy Hour offers were good. All in all my stay was good.

Trip type: Travelled on business
See all 285 reviews
Payments made by partners impact the order of prices displayed. Room types may vary.
Nearby Hotels 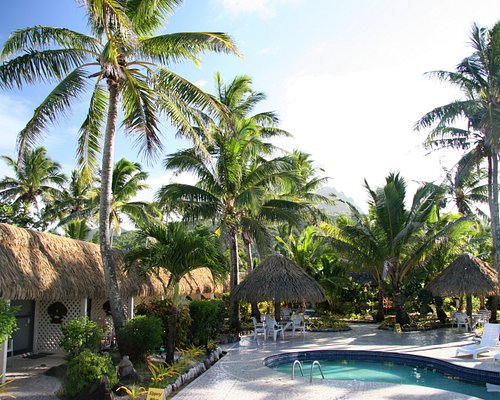 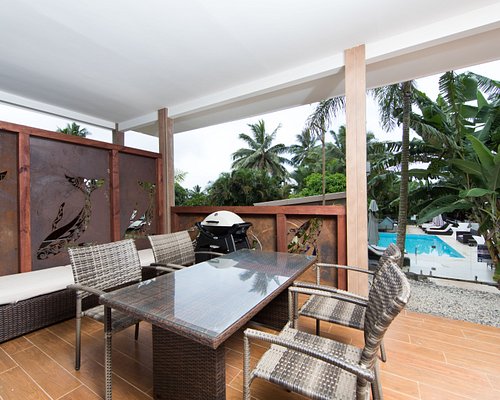 This hotel is ok I guess if you want to stay across from the airport for a flight at an unusual time. Our flight was at midnight, so we stayed here for the last night. If I had to do it over again though, I would have just booked an extra night at the nicer hotel we were staying at, since as we found out nothing is more than 30 min from the airport.

On the positive side, the room was clean (though very small), and of course a restaurant is attached.

On the less than positive side, the rooms are very loud. We asked for a quiet room, but were told there were no quiet rooms. Our room only had 1 towel, and wash cloth, despite the room was booked for 2 people, and the room had very little lighting. Plus you can hear everything that goes on in the hallway outside the rooms (all rooms are on one hall). Parking is very limited.

Room tip: There are no quiet rooms, but rooms 10-12 appear to be at the end of the hallway away from the front desk, so they may be quieter.
Ask AitutakiGirl about The Islander Hotel
2  Thank AitutakiGirl

This review is the subjective opinion of a Tripadvisor member and not of TripAdvisor LLC.
Bopshads
4
Reviewed 6 November 2019
Cook Islands -relaxation heaven

We stayed here pre heading home, wonderful facilities, friendly team and a view like no other. The food was fresh and well presented with no time pressure to finish up. Made you not wanting to head home to NZ

This review is the subjective opinion of a Tripadvisor member and not of TripAdvisor LLC.
dudoldve
Bokeelia, Florida
213173
Reviewed 16 October 2019 via mobile
Day stay

Let me start with the positives, very friendly staff and decent food. We had a day room after our airline overbooked our flight. I would only consider using this hotel for a day use until your accommodations are available or to be close to the airport the night before a flight. The rooms are very narrow and cramped and not sound proofed. The halls are narrow and dark. Restaurant is fine with nice service and nice view.

This review is the subjective opinion of a Tripadvisor member and not of TripAdvisor LLC.
lolazmama
Manukau, New Zealand
3946
Reviewed 30 September 2019 via mobile
Last minute booking

We found ourselves stranded after not being able to catch our flight home. Thank goodness The Islander Hotel (which is right across the road from the airport) was able to accommodate our family! The room #3 had a king size bed and 2x singles, beautiful view of the reef/ lagoon (not for swimming, there is a pool) and Hula bar right outside. There is a bit of noise at night from the music an people laughing etc but I found it ok- ear plugs are provided. The Hotel has a restaurant which is priced as you would expect for Rarotonga, the food is delicious. We also enjoyed the complimentary buffet breakfast of cereal, pastries, muffins, pancakes, fruit, juice an coffee :) After checkout they have free luggage storage just in case you want to go an get last minute gifts 100m down the road, or snacks from the small convenience store next to the gift shop.
All in all, I definitely recommend staying at The Islander Hotel!!

This review is the subjective opinion of a Tripadvisor member and not of TripAdvisor LLC.
RachandMax
Havelock North, New Zealand
5122
Reviewed 21 September 2019 via mobile
Steer clear of this place!

We booked 2 rooms for four of us arriving from Auckland late at night and flying out to Aitutaki the next day. It certainly is convenient to the airport, being right across the road - the only redeeming feature of the place. When we arrived we were told we were in rooms across the road (definitely not the advertised "beach front") so we wouldn't be disturbed by the noise from the Hula Bar - at least they acknowledged there would be noise from the bar. That sounded a bonus, so over we went.

We were shown pokey little rooms in what is named Airport Lodge, which looks like a backpackers. Comparing what we found there to the features of the rooms shown on the website we got:
2 king beds, no a bunk with double at the bottom and single on top.
Air conditioning, no a fan on a stand.
TV, no.
Telephone, no.
Tea and coffee making facilities, no.
Bar fridge, no.
Kitchenette, no.
Alarm clock, no.
Room safe, no.
Ironing board, no.
Bathrobes, no.
Hair dryer, no.
Bathroom toiletries, no - not even soap to wash your hands after using the toilet.
45 sq m area, no probably less than 20 sq m.

What we were given was so far removed from what they advertised, it was unbelievable. Back across the road to complain, with little joy from the receptionist who told us the hotel was fully booked and there were no other rooms available. While trying to sort it out we spoke to very embarrassed house staff who told us the place was overbooked.

After getting very irate with someone who may have been the manager, lo and behold two rooms suddenly became available! Our gain turned out to be later guests' loss as we saw them complain about their accommodation arrangements.

A search on the web suggests Airport Lodge charges $25pp per night, compared to the $250 a room being charged at The Islander. Even if the place had been overbooked there was never any mention of a reduction in tariff (to $50?) to be put up over the road.

Don't go near the place. As a number of other reviews have noted, there are plenty of places within a few minutes of the airport which are far better than this place.

The pictures below show the room we booked and paid for and the room they tried to give us.