Don't expect to much in the way of service. - Review of Rendezvous Hotel Singapore by Far East Hospitality

StayForLong
Expedia.com
Hotels.com
View all 15 deals
Prices are provided by our partners, and reflect total costs of the stay, including all taxes and fees known to our partners. Please see our partners for more details.
Payments made by partners impact the order of prices displayed. Room types may vary.
AlbertBell
Sydney, Australia
53

Don't expect to much in the way of service.

We stayed here twice on our spot overs to and from Europe.

All that can be said is the hotel is in a great location and the rooms are clean.

Don't expect friendly helpful staff because you might be disappointed, we were.

If you enjoy satay make sure you get a taxi to Lau Pa Sat after dark and have a jug or two of Tiger beer with them, its a great night out.

Room tip: Get a room 6th floor or above.
See all 4,554 reviews
Payments made by partners impact the order of prices displayed. Room types may vary.
Nearby Hotels 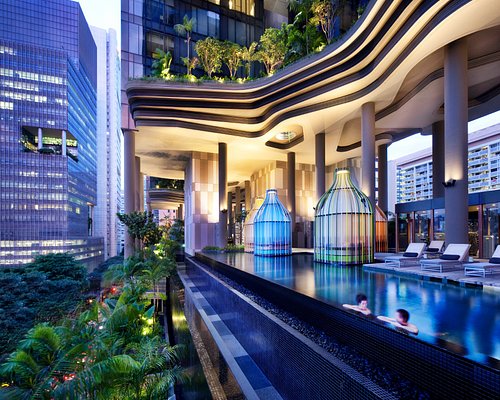 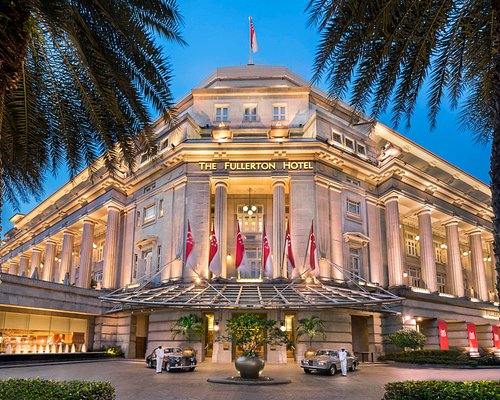 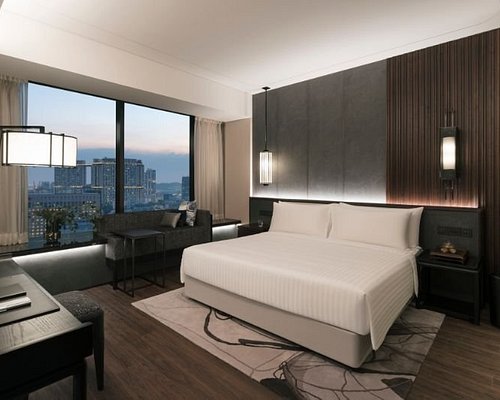 Concierge and all staff are stars. Loved the simple, light, white design. Master switch in the bedroom really kills all the lights. F & B (breakfast) marvelous. Very good central location and super value for money.

This review is the subjective opinion of a Tripadvisor member and not of TripAdvisor LLC.
Cynthia L
Canberra, Australia
19453
Reviewed 14 October 2012
Not happy!

The hotel is in a very central location and the room was comfortable enough, except for a badly fitted toilet seat which made a racket when we sat on it! The windows were double glazed which was necessary as Bras Baseh is a very busy road and there was heavy construction on a side street. However the service was well below what you would expect from a 4-star property. Except for one receptionist (Vivien) and a bellhop, services were non-existent. Room attendants were rather inconsistent and surly and when I rang for un-replaced towels, it took half an hour and a second call before they arrived. I used up the only 'newspaper request' card for the local newspapers on one day and since the request card was not replaced, I was not able to get any newspapers for the rest of my stay (5 days)! Restaurant is very, very expensive - even by Singapore's standards. A cup of coffee is S$7.50 plus 10% service, plus 7% GST! A sign on the window of the coffee shop advertised it was only $5 a cup and when I protested, they told me the $5 price was meant for the courtyard cafe and not the coffee shop. And when I went to check in the Courtyard cafe, they told me the $5 tag was for coffee from the coffee shop! I walked away in disgust. As a result of this, we had all our meals outside the hotel.

It was not very practical to have messages put in the TV. We missed a couple of messages simply because we did not switch on the TV! Isn't it simplier to have a 'message waiting' button on the phone?

This review is the subjective opinion of a Tripadvisor member and not of TripAdvisor LLC.
Down U
Melbourne, Australia
4824
Reviewed 14 October 2012
Ok, but could be really good

The arrival was very positive and the appearance of the room excellent. The location is excellent too, close to everything. With a few adjustments on services this hotel could be great.

During our stay the cleaning has left much to be desired on more than one occasion unfortunately (towels were not changed, used glasses left around the room etc etc). The menu for in-room dining is limited and the quality could be better. Upon check out, one of the luggage handlers almost smashed one of the suitcases trying to press them into the boot of the taxi without noticing that it would have been enough to slide the handle inwards into the compartment so that it would have gotten in easily,

This review is the subjective opinion of a Tripadvisor member and not of TripAdvisor LLC.
Joe A
Perth, Australia
22
Reviewed 12 October 2012
Tried to overcharge

They tried to overcharge by applying the service charge and sales tax twice. And when I pointed out their mistake, they at first insisted they were correct (before later apologizing and fixing the bill). It's hard to believe this was an accident - charging for rooms is what they do for a living, after all.

The rooms are OK and the location is good (5 minute walk to an MRT interchange), but by the time you add on $27 per day for Internet access and another possible $40 of overcharges if you're not all the ball, you could stay in a far nicer and newer hotel such as Fort Canning just a block away.

Another point is that many of their rooms are noisy right now due to the construction of the Downtown MRT line adjacent to the hotel which goes on for most of 16 hours a day, 7 days a week. This is not their fault, but it's something you should be aware of. They have a limited number of quieter rooms on the opposite side, so if noise bothers you, ask for one of these should you book.

Also, their mattresses are hard - harder than anything I've seen in a shop. This didn't bother me personally, but it's worth bearing in mind if you're used to something soft.

Room tip: While the new MRT line is under construction, ask for a quiet room if daytime noise bothers you.
Ask Joe A about Rendezvous Hotel Singapore by Far East Hospitality
2  Thank Joe A

This review is the subjective opinion of a Tripadvisor member and not of TripAdvisor LLC.
rob h
Melbourne, Australia
4
Reviewed 11 October 2012
aus tourist

Hotel room was very good,bed was quite comfortable after a lot of pretty hard beds throughout France,Polandand Rome.The hotel restaurant has a great spread for breakfast but is quite expensive for meals.They have a special for a bottle of wine.Buy one get one free but the bottle costs about three times the cost of a comparable bottle at home.

This review is the subjective opinion of a Tripadvisor member and not of TripAdvisor LLC.
View more reviews
PreviousNext
1…618619620…