Well worth the money. - Review of Hotel Hill House

USD 37
View deal
Free cancellation until 24/01/22
Hotels.comUSD 42
PricelineUSD 61
Orbitz.comUSD 42
View all 12 deals
Prices are provided by our partners, and reflect total costs of the stay, including all taxes and fees known to our partners. Please see our partners for more details.
Payments made by partners impact the order of prices displayed. Room types may vary.
OnMyLastLegs
Australia
4354

Well worth the money.

Show less
See all 318 reviews
Payments made by partners impact the order of prices displayed. Room types may vary.
Nearby Hotels 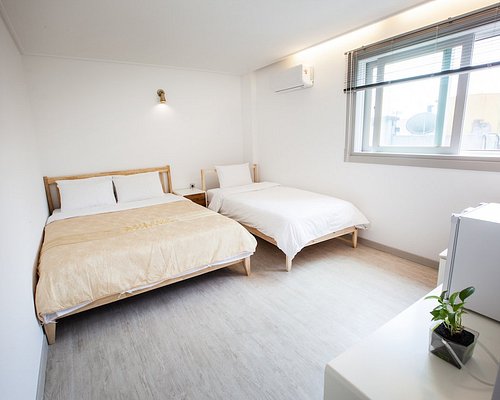 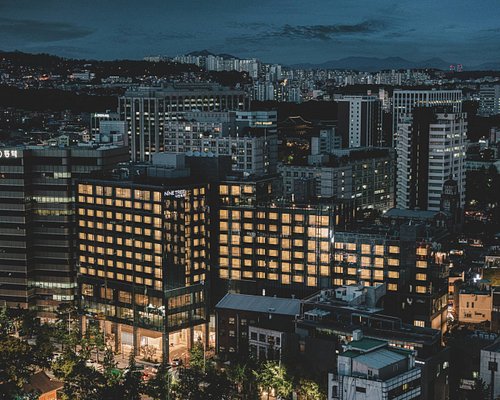 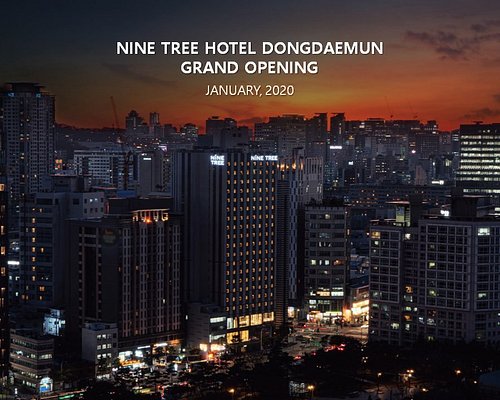 My two friends and I stayed here from Nov. 1st through Nov. 12th. From Incheon airport, we took the 6015 bus which you can purchase at the airport for about 8,000 won. From there, the bus will drop you off at Seoul Station. From there, I can't really give you advice on how to get to the hotel because instead of taking a taxi, we walked from Seoul Station to the hotel since we had too many luggages and if we had taken a taxi, we would've taken a couple to accomodate all of our luggages. Now, it was an adventure trying to find the hotel. I give kudos to my eagle eyes for even finding the hotel amidst the other tall buildings. I had to ask my friend who read Hangul to make sure it was the correct hotel. The best way to know you are on the right path to the hotel is by the subway exit #6, and Pomato restaurant. You go up the street where Pomato is and keep going. Just keep going up the hill and you will find GS25 on your left hand side. The hotel will be around the corner of the mart.

Now once you get to the hotel, it's smooth sailing from there. Their reps at the front desk are super nice, very helpful, and spoke good English. I had my own room (3rd floor, room 308) so it was big enough for me. My bed was a double (full-queen size) and bathroom was big as well. I love that wifi was free and the signal was strong. It made it easier for me to communicate with my friends who stayed on the 5th floor. The bed was hard, but I think it's from the heating pad. I didn't heat my bed as I like it cold, but my friends took advantage of it. Breakfast is served from 8-10 am. Now, I know that everyone says it's just the basic eggs and toast, but darnit, my friends and I all agree that it's the best eggs, toast (w/ butter and jam), coffee, and orange juice breakfast! The cook is stern but nice and we laugh at the new guests who has their first interaction with her because she does come a bit too strong. Nonetheless, she's sweet and she makes that breakfast so good!

Oh yea, you can get a converter with a deposit of 10,000 won. You get your money back after you turn the converter in. As for the T-money pass for the subway, you can get it at the GS25 store for about 2,500 won then load it. Our initial load was for 20,000 and that lasted us for about 9 days with it as our only means of transportation since it was the most convenient and fastest way to go from city to city. We only had to reload it once for 5,000 won (which you could do at any subway station) and before I left, I still had about 2,000 won left in it.

When you leave the hotel to go to Incheon Airport once your trip is over, we had the hotel reserve a "jumbo taxi" for us, which was a van. It was a flat fee of 70,000 but it was sooo worth it because they pick you up from the hotel and drop you off at the airport. I believe the other alternative was to take the bus, but we would have to walk to Shinsegae department store with all of our luggages in order for us to do that, and the cost was 14,000 each person. With the jumbo taxi, we split the fare three ways, which was only 26,000 each person and that saved us time, energy, and it was super convenient! So if you have a lot of bags and you are traveling with more than one person, the jumbo taxi is what I would recommend to take you to the airport.

Let me know if you have any questions and I'll try to answer them the best I can.

This review is the subjective opinion of a Tripadvisor member and not of TripAdvisor LLC.
nckchan
Hong Kong, China
63
Reviewed 26 October 2012
Good location in cheap price

Room condition is clean. Staffs are good in English, Japanese and Mandarin. Wifi is ok and LAN port is available in the room. However, the LAN didn't connect to the Internet. I used the pocket wifi to keep online.

Location actually is not too bad. Close to the Hoehyeon station exit 1. Just all the way walk up the slope. The slope is not too deep. There are some local restaurants. Myeong-dong is just 5-10 minutes walk. Very convenient.

This review is the subjective opinion of a Tripadvisor member and not of TripAdvisor LLC.
Rain T
Singapore
32
Reviewed 4 October 2012
WiFi and location score!

Can't say enough good stuff on the wifi and location - extremely close to Namendum Market & Myeongdong for excellent food and shopping and the WiFi met the expectation totally! Still felt the easiest avenue to get to the hotel is by train (Hoehyeon station), getting to the hotel by airport coach - 6015, is fine except it might be a bit more confusing to walk. Beware of the 8 minutes uphill walk though it is somehow comfortable to know that we were draining some of the extra calories that we feasted, haha! The biggest disappointment is the missing of the bathtub! Part of the reason for booking Hill House was the luxurious bathtub featured, and though the description listed a deep bathtub, the space where the tub should be is totally empty.

Room tip: It's good to check out rental of entire apartment if you have a big group, from sites like airbnb.com.
Ask Rain T about Hotel Hill House
1  Thank Rain T

This review is the subjective opinion of a Tripadvisor member and not of TripAdvisor LLC.
View more reviews
PreviousNext
1…192021…