USD 37
View deal
Free cancellation until 03/02/22
Orbitz.com
eDreams
travelup.com
View all 15 deals
Prices are provided by our partners, and reflect total costs of the stay, including all taxes and fees known to our partners. Please see our partners for more details.
Payments made by partners impact the order of prices displayed. Room types may vary.
TheTravellingBanker
33

Really good hotel. Booked it last minute as I couldn't get a room at my regular hotel in Bangkok. My room was huge for a single traveller and was quite clean however did have a strong ciggerette smell presence due I believe to their non-existant smoking policy in rooms (didn't really bother me as I was hardly in my room) Bit of a walk (5 - 10 min) to Sukhumvit main rd. But definately a great hotel to stay at. Staff at the hotel was great and really good value for money. This will definately be my back up hotel from now on, with no hesitations.

See all 585 reviews
Payments made by partners impact the order of prices displayed. Room types may vary.
Nearby Hotels 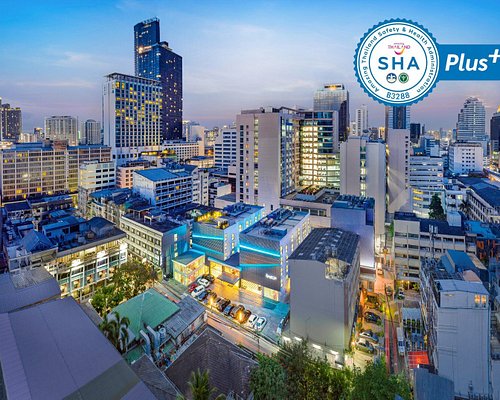 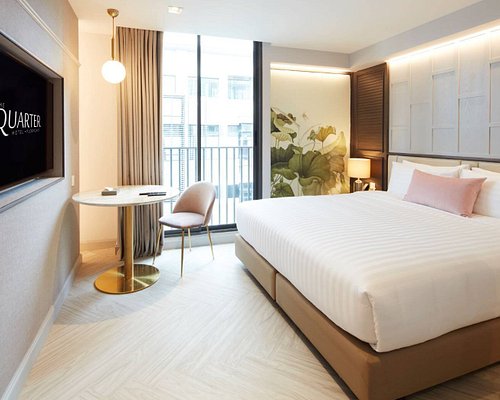 The Quarter Ploenchit by UHG
USD 26 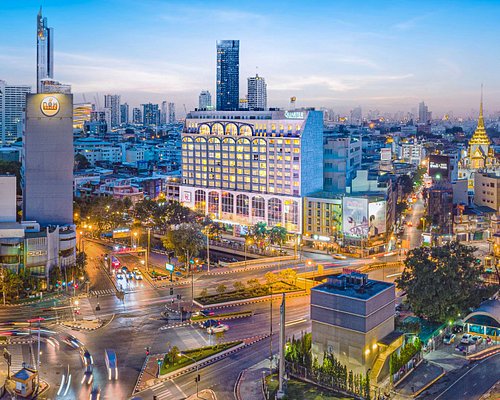 The Quarter Hualamphong By UHG
USD 26

Taking safety measures
We compare low prices from 16 websites.
The Residence on Thonglor by UHG
USD 34

We arrived at the Tai-Pan after a 13 hour train trip across Thailand. Our first impressions were very good - the hotel was in a great location, it was clean and well presented.

We decided to dine in the hotel restaurant as we were exhausted. The meal was great. We paid with a 1000 baht note, received our change and went to use the hotel internet in the lobby.

5 minutes later whilst at the main desk we were accused of presenting a fake bank note. Given we had just taken the money out of an ATM (it is the largest denomination note so we could not have received it as change), we were very taken aback and surprised that this was not mentioned when we paid given the Thai custom of checking bank notes on payment.

There can be no other explanation other than it was switched at the cashiers at the bar.

It took four days for us to be able to speak to the GM about this matter and have the extra money we paid returned.

We suggest that if you do use this hotel that you are very wary of the staff. If not for this matter we would return.

This review is the subjective opinion of a Tripadvisor member and not of TripAdvisor LLC.
happyOldham
oldham
6329
Reviewed 26 July 2011
good value

we have stayed at this hotel on several visits to asia.The breakfast is very good as it hasdifferent types of food for all nationalalities. The rooms are clean and plenty of room.It is close to the Sky train,night life and eataries

This review is the subjective opinion of a Tripadvisor member and not of TripAdvisor LLC.
Basing36
Basingstoke
1114
Reviewed 19 July 2011
Very comfortable and excellent location

We stayed here for the first week of July as members of CLC. The hotel is very clean and and the rooms very spacious. Yes I would agree that compared to other hotels it may look a little tired but it certainly didn't detract from the overall experience of staying here.
It is very close to both the Skytrain and the Metro, and conveniently situated on a side street just off Sukhumvit where there are plenty of eating and shopping opportunites to be had. Also very close to Soi Cowboy if that kind of thing is of interest.
The food in the hotel itself was very plentiful and very reasonably priced. There was a buffet choice for all three meals of the day as well as an a la carte option for dinner. It was all very tasty.
The hotel pool is great to cool off in but not really big enough for a serious swim and the gym is ample enough for a workout but the equipment is probably relatively old but it does the job.
We indulged in a thai massage at the hotel which, again, was great value for money. Worked out about £13 for 75 minutes!
All in all we had a great stay. Staff were friendly and did anything to help. Would recommend this hotel to anyone.

This review is the subjective opinion of a Tripadvisor member and not of TripAdvisor LLC.
xglenx31
Amsterdam, The Netherlands
6342
Reviewed 11 July 2011
Great quality for a good price in central location

This is becoming one of our regular hotels. It is very close to Sukhumvit road in Soi 23. The pool and gym are good. Wifi internet in the rooms works fine with a free 48 hour valid code. You can ask for a new code after. Reception is friendly and helpful. Rooms are spacious and clean, but when we stayed in room 1202 there was a little 'smokers' smell but we stayed anyway. We almost everytime get upgraded to a higher class so that is nice. We will come back for sure. It is great value for money.

This review is the subjective opinion of a Tripadvisor member and not of TripAdvisor LLC.
AndrewClareFred
Lyng, United Kingdom
148101
Reviewed 27 June 2011
Good clean, friendly hotel; ideal for Sukhumvit, sky train and metro

I have stayed in this hotel nearly 50 times when travelling to Bangkok on business. The rooms are very comfortable, large with all the facilities you need for business including wi-fi access. It is very well located for Sukhumvit Road - and all that can be found there - as well as being two minutes walk from both Sky Train and Metro stations. The staff are extremely pleasant and friendly, nothing is too much for them. The bar and restaurant tend to be quiet but the food is very good and it's good value too.

I have also stayed here when on holiday with my family (wife and young son - aged 5) and they too thought the hotel was excellent.

The rooms may not have the opulent splender of some hotels in Bangkok, but they are very large and comfortable at a much more affordable price.

If you are in Bangkok on business or holiday then this is the ideal place to stay.

This review is the subjective opinion of a Tripadvisor member and not of TripAdvisor LLC.
View more reviews
PreviousNext
1…394041…