USD 56
Free cancellation until 26/06/21
View deal
Hotels.comUSD 56
TripadvisorUSD 56
ZenHotels.com
CheapTicketsUSD 56
Orbitz.comUSD 56
TravelocityUSD 56
View all 9 deals
Prices are provided by our partners for one room, with variable occupancy rules as provided by the property, and reflect total costs of the stay, including all taxes and fees known to our partners. Please see our partners for more details.
Payments made by partners impact the order of prices displayed. Room types may vary.
Sightsee00251530794
1

If I had read this before being introduced to the hotel I certainly would have a rethink before paying to stay in it. I have never ever stayed in a Hotel that treated me this badly.

First it’s like they knew I was coming in so coming in that morning I didn’t notice the ugly sides till I returned at night to sleep. First the reception had water on the floor from a leaking roof, got into the room and was welcomed with a strong stench of smell.
The hygiene prevented me from having breakfast for fear of having food poisoning.
That night the generator noise kept me awake and when I demanded for a refund for the remaining days it was refused so I had no choice than to live there another two nights in hell.

The last night they put off the generator without notice or apology at 2am to 6am so I slept in the dark which meant no elevator working or the intercom. The generator was again put on by 6am and by 9am it was put off again despite my plea that they wait till I check out at 12. This Hotel is to be rated 0.5 it is not fit for any rating above 1.More

Show less
See all 5 reviews
Payments made by partners impact the order of prices displayed. Room types may vary.
Nearby Hotels 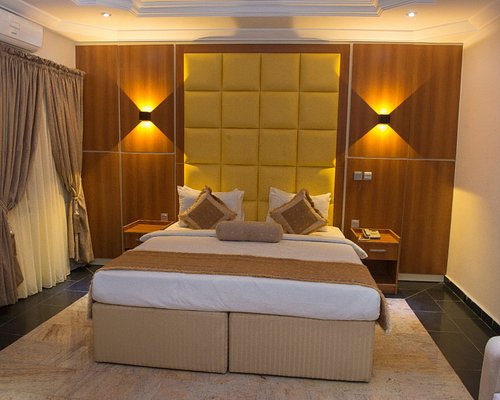 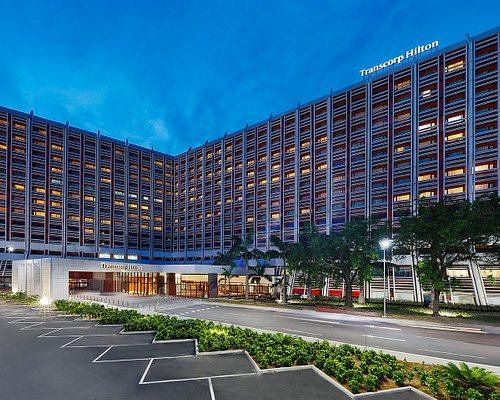 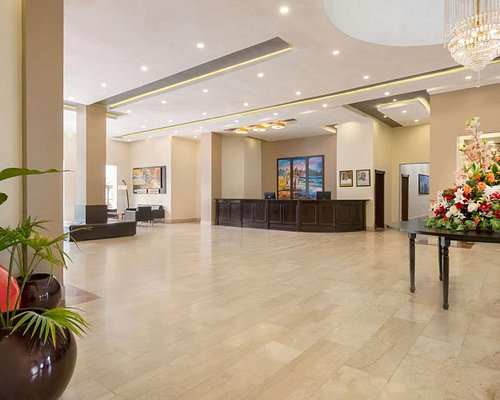 Oxford Hotels definitely saw better days. Lodged recently after being convinced by a top staff while attending a conference in Abuja. Having stayed here previously, couldn't but be amazed at the somewhat degeneration. The plusses include its good location in Wuse 4 district behind a popular bigger hotel and ease of accessibility, together with moderate rates.
The place is definitely under-staffed with just one visible cleaner who took quite some time to prepare my room while the restaurant has very few staff too. Elevator? Oh, it stopped functioning long time back, so one had to climb the stairs and windy/clumsy passages to my room at the last floor. There was a power outage which lasted several hours as they didn't turn on the generators. The meals were just Spartan whilst the touted "complimentary/free continental breakfast" didn't happen. I had to pay for it and it took a long while to be served at the restaurant. There is free Wifi which never worked in my 3rd floor room. And now this: Cable TV subscription had expired and was not renewed during my stay, depriving one of an international news channel in the least. Hey Oxford Hotel, that was a damn poor treat and you need a serious re-jigging!

Room tip: If you must use the Wifi then stay at the first floor close to the reception.
Ask saxxin- about Oxford Hotels
Thank saxxin-

This review is the subjective opinion of a TripAdvisor member and not of TripAdvisor LLC
vinodp79
Ibadan, Nigeria
93119
Reviewed 2 July 2015
Oxford hotels Abuja

Excellent location and reasonably priced but no value for money. Very small rooms and one of the most confusing hotel. Passages are too narrow and don't know where are they leading you to. Very poor maintenance, generator sound in most of the rooms. Very small restaurant and don't expect a big menu and very high quality food.

Oxford hotel facilities are just average. The hotel is in a mainly residential area so it is quiet. However if you are looking for a lot of activity, it may not be the place for you. As a six footer, the bed wasn't large enough but one can bend in. If you are tall and with company, you have to compromise.

This review is the subjective opinion of a TripAdvisor member and not of TripAdvisor LLC
Oreoluwa S
Lagos, Nigeria
3547
Reviewed 11 November 2014
Very Basic Hotel

The Oxford Hotel is a no-frills place to rest your head.

It is located in a quiet estate, not too far from the Abuja Sheraton. The hotel itself is not particularly quiet though. Like I have noticed in quite a few Abuja hotels I have stayed at, a constant stream of chatter flows from the car park into the guest rooms all day long. It stops temporarily around midnight and resumes without fail from the crack of dawn.

The elevator was not always working. My room was shabby but clean-ish. The paint on the walls were peeling in places. There were gashes in the wall where the electrical fittings had been pulled out. The wifi was very slow. I could go on, but - as with most things - I guess you get what you pay for.