USD 174
View deal
Booking.comUSD 280
TravelocityUSD 249
eDreamsUSD 244
View all 18 deals
Prices are provided by our partners, and reflect total costs of the stay, including all taxes and fees known to our partners. Please see our partners for more details.
Payments made by partners impact the order of prices displayed. Room types may vary.
StephanieA899
Strasbourg, France
96

This is a great hotel with everything you need. Excellent location (easy 10-15 minute walk to most things). Great facility (nice rooms, restaurant, bar, large breakfast, good pool). Amazing kids club Diwi (super nice staff, kids wanted to go there each day, lots of things to do). Helpful staff (everyone knew English and took great care of us).

Trip type: Travelled with family
See all 1,215 reviews
Payments made by partners impact the order of prices displayed. Room types may vary.
Nearby Hotels 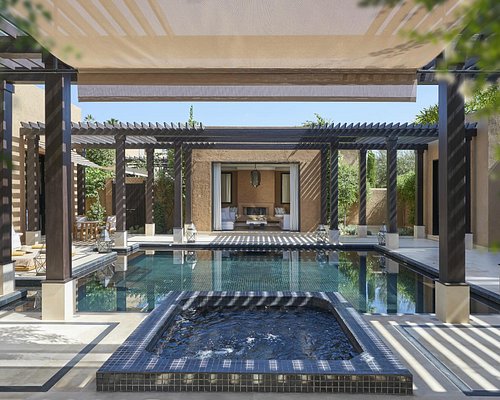 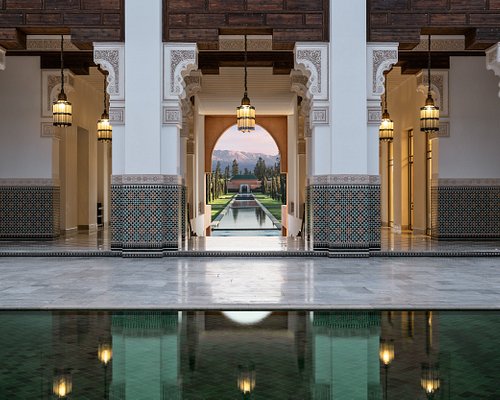 I'll start with the good. The hotel was clean and my room was nice and comfortable. I had a view of the pool. Breakfasts were good. The general hotel staff were excellent, very attentive and friendly - the wait staff, the cleaning staff, the valets, some of the front desk staff, and a concierge who I think was named Jamil - all absolutely amazing! I did not use the pool, but it was heated. Now for what does not make this a 5-star hotel. I used the jacuzzi, which was huge - but the water was not very hot, more like warm. The spa staff were not extremely friendly, but it might be because its seemed that there was only 1 woman working and she was quite busy. I booked a PCR test and they sent the tech to my room, but failed to tell me how much the test would be or that I had to pay in cash. After the test, I asked the front desk staff I could charge it to my room and they said no. I asked if they had on-site ATMs and they did not. I asked if they could change my money and they said no. I would expect that a 5-star hotel could do one of these things to save me from having to walk to 3 ATM machines in the area to get cash to pay for the PCR test. But it's not just that they couldn't help me other than to have the poor hotel valet walk me to 3 ATMS, it was that the management staff were not very friendly about it. One night, I needed a hairdryer and the night manager told me he couldn't help me because he was alone. I don't understand how that is acceptable for a 5-star hotel. I recently stayed at a 3-star hotel who were friendlier and changed my money for me at the front desk. On another day, I asked the concierge how to get to a store and he wasn't super friendly, but he did point it out to me on a map. The hotel valet helped me get a taxi. I was super happy that I was given a late check-out. But when I was leaving I wanted the name of the super friendly concierge and it was like pulling teeth. He was on break, so I could not get it from him. So, I asked the manager and she drilled me with questions before giving me his first name. All I wanted was a first name to commend his excellent service. Anyway, I won't stay here again.

This review is the subjective opinion of a Tripadvisor member and not of TripAdvisor LLC.
nat6508
715
Reviewed 22 October 2021 via mobile
Our 5 star home from home and just too fabulous in every way !

Our 7th or 8th stay here, I’ve said it countless times before. This place is a stunning oasis of calm and incredible service in the middle of the hubbub of this enchanting city. Each staff member we have now known for 8 plus years, is still working there ! This in itself is a testament. Unbeatable customer service and each and each and everyone employed are a complete credit to this hotel and make us feel at home and cared for . I wish we had a longer stay, we always are welcomed by everyone with such warmth. It feels like our second home and since covid we have had a 2 year gap, so retuning to find not only we’re all of the same staff still there, remembered and looked after us above and beyond. Everything seems to have increased in terms level, we didn’t think it could be possible. Hicham, you and your entire team are exceptional and truly know how to look after your customers. We can’t fault one thing and never had so please trust us and disregard any negative comments, just try for yourself !!! Thank you again for a fabulous trip. We miss you all already xxx

This review is the subjective opinion of a Tripadvisor member and not of TripAdvisor LLC.
705lilyr
Brooklyn, New York
166101
Reviewed 11 June 2021 via mobile
Beautiful hotel

While the layout of this hotel was confusing and I got lost more times than I’d like to admit (somehow managing to use a different elevator every time I left my room), it was all worth it for the beautiful hotel and amazingly spacious room. I loved the many rooms within the room- including a large closet area, toilet room, and separate rooms for the bath and shower. The porch looking over the pool was a nice addition as well. The only downside was the music and noise coming from the pool area late into the night.

This review is the subjective opinion of a Tripadvisor member and not of TripAdvisor LLC.
670margaretf
Abu Dhabi, United Arab Emirates
1040
Reviewed 30 May 2021
An exceptional stay

We had an enjoyable stay at the hotel. Everything from check in to check out was exceptional. We found all of the staff to be welcoming and attentive. A special thank you to Mohamed and Yassine at Le Wardya pool side restaurant for your hospitality. Your meal suggestions, refreshing mint tea and pastries were wonderful. The concierge staff, especially Khadija, coordinated PCR testing and same day receipt of results which was required for our flight home. Meals taken at the hotel were delicious and plentiful. The location within the Medina walls was perfect which enabled us to visit many sites on foot. We would definitely stay at this property again and will recommend it to family and friends traveling to Marrakech. This was our first experience with a Barriere property and will look forward to staying at others as we travel.

We would like to thank you for your feedback. We hope that you had a safe trip back to home.
The entire team will be most happy to welcome you back at the Naoura Barrière Marrakech.

We wish you the very best.

Report response as inappropriateThank you. We appreciate your input.
This response is the subjective opinion of the management representative and not of TripAdvisor LLC
Themadkarimu
Marrakech, Morocco
914
Reviewed 17 May 2021 via mobile
Fantastic Stay / Very Relaxing / Amazing Staff

Our 5 night stay at the Naoura Barriere hotel got off to a bit of a rocky start because of room cooling issues. BUT...the way hotel management handled the situation was top notch. We were moved to a larger Riad, top management apologized personally for the situation and from then on our stay was nothing short of perfect.

The food was top notch at the breakfast buffet, dinner and room service were also excellent. The Spa was heavenly and everyone enjoyed their massage and hammam very much. The Kids club offered a great variety of activities for the 5y and 8y olds in our group. This being the COVID era, I have to mention how thorough the cleaning staff was, and how masks / physical distancing etc were the norm everywhere in the resort - we felt very safe at all times.

Last but definitely not least, the staff - what made this stay, and any stay really, so memorable and outstanding was the incredible staff. Every single person we encountered, from the cleaning ladies to the servers, room service folks (shoutout to to Younes!), the reservation manager (thanks again for everything Selma!), and management (shoukran encore mille fois, Hicham and especially to you. Mr Rachid!), everyone went above and beyond to make sure our stay was as comfortable as possible, catering to our every ask & need, and truly made us feel home. Bravo!

We enjoyed our stay so much we got our cousins to book a couple of nights at the Naoura Barriere, and they were graciously upgraded (double upgrade!) - I didn’t even have to ask for it when I booked their room.

A million thanks to everyone at the Naoura Barriere for your fine, fine, fiiiiine service! Keep it up!