Basic Hotel - expect nothing more than that and you may get a pleasant surprise! - Review of Hotel Les Saisons

USD 78
View deal
Hotels.comUSD 90
PricelineUSD 95
eDreamsUSD 84
View all 14 deals
Prices are provided by our partners, and reflect total costs of the stay, including all taxes and fees known to our partners. Please see our partners for more details.
Payments made by partners impact the order of prices displayed. Room types may vary.
Gavin R
Brisbane Region, Australia
2711

Basic Hotel - expect nothing more than that and you may get a pleasant surprise!

GOOD: This is used by Intrepid Travel as a starting point for Morocco tours - Comfort level. The Hotel was OK and uninspiring. Adequate but not sensational. Good thing was the location - pretty OK for Casa!

BAD: Air conditioning did not work.
Fridge in room did not work.
Bathroom was NOT clean!
Included breakfast needed continual prompting to staff for each every item to be replenished.
Handing key back I was kept at desk for a huge amount of time even though there were NO extras - like really!!

See all 364 reviews
Payments made by partners impact the order of prices displayed. Room types may vary.
Nearby Hotels 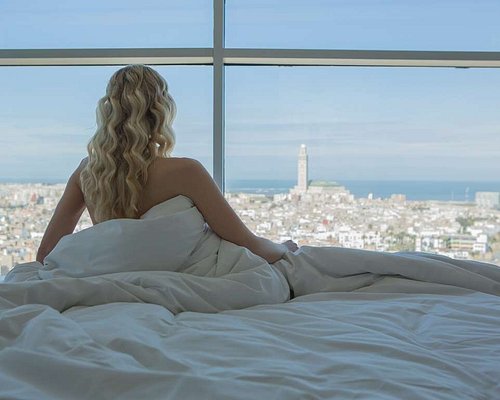 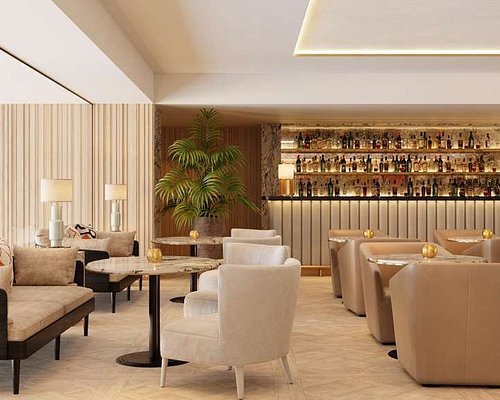 Comfortable but slightly rundown hotel near the grand bazaar.
Enjoyed the stay and the breakfast and bar were very good.
Short walk to the grand bazaar or the fish markets. Numerous restaurants nearly so skip the hotel restaurant

This review is the subjective opinion of a Tripadvisor member and not of TripAdvisor LLC.
willskeates
Belgrave, Australia
5769
Reviewed 12 May 2019 via mobile
Casablanca

Its ok if you only there to sart a tour.
Casablanca is the economic centre of Morocco. It has the largest port on the African continent, there for it lack caricature and feel. Its big grimey and crazy. We had one night there at the beginning of out Intrepid Morocco uncovered tour, wich see us traveling in a small group of 11people. We met at the hotel Sension had our tour briefing. The hotel was great the staff very friendly and helpful. Good coffee and plentiful breakfast.

This review is the subjective opinion of a Tripadvisor member and not of TripAdvisor LLC.
rc0llin
Dublin, Ireland
2252
Reviewed 12 May 2019 via mobile
Nice hotel

This review is the subjective opinion of a Tripadvisor member and not of TripAdvisor LLC.
Mike C
Atlanta, Georgia
117103
Reviewed 31 March 2019
Perfect one-night stay prior to country tour

I just returned from an incredible 13 day tour of all of Morocco. Our tour began in Casablanca and the tour company arranged for us to stay at the Hotel les Saisons the night of the arrival.

The hotel staff was pleasant and helpful. The hotel seems to be right in the middle of the city but we didn't have much time to explore. The room was very comfortable with a small but not uncomfortable sized bathroom. The only meal we had on site was breakfast and while not extravagant, was perfectly fine prior to the start of our trip.

Some others on my group tour said they had arrived a night early and did have a chance to walk around the area a bit. They said it was close to a lot of sites and the medina. Overall a nice stay.

This review is the subjective opinion of a Tripadvisor member and not of TripAdvisor LLC.
bebackinabritt
Los Angeles, California
4652
Reviewed 19 March 2019
Terrible Service

We booked this hotel mostly to have a place to leave our bags and be able to shower during a long layover in Casablanca. While all of the hotel staff wore badges saying that they spoke English, their English was so poor that we were mostly unable to communicate with anyone that worked there. As an American traveling, I don't expect that everyone speaks English but, don't falsely advertise this by marking it on all of the front desk staff's name tags. One of the reasons we chose this hotel was that they stated they had an airport shuttle. When we asked about booking this, the woman working seemed very confused. She finally said she would confirm it and the cost would be 300 MAD fixed. When we went down to the lobby to meet the shuttle, the man working behind the front desk said something to the bellman who went running outside. We confirmed with the front desk guy two more times that the price was 300 MAD fixed. The bellman came back with a taxi (van) and told us that was our shuttle. When we got in, the taxi driver told us the cost was 450 MAD. We're not sure if they actually had a shuttle and forgot to schedule it or if this is how they usually provide "shuttle" services, as if we couldn't hail a taxi by ourselves. Regardless, they did not let the taxi driver know the fixed price we were promised 3 different times. It should also be noted that while we were waiting for the "shuttle", a woman arrived to check in and complained about how long she had been waiting at the airport for the hotel shuttle that she booked to get her to the hotel. Outside of the struggles, the hotel was very outdated and dark and reeked of cigarette smoke. Aside from the easy access to the Medina, I would not recommend staying here.