a room with a view - Review of Parador de Ronda

USD 111
View deal
Free cancellation until 02/07/21
PricelineUSD 113
eDreamsUSD 115
Orbitz.comUSD 111
View all 14 deals
Prices are provided by our partners, and reflect total costs of the stay, including all taxes and fees known to our partners. Please see our partners for more details.
Payments made by partners impact the order of prices displayed. Room types may vary.
bronygraig
Ynys Mon
97

a room with a view

Stayed here for 1 night, a Superior room (223) you have read the all the reviews. The hotel itself, just another nice 4 star hotel, but the views!!!!! They are superb. Treat yourself, we are only here once.

See all 2,695 reviews
Payments made by partners impact the order of prices displayed. Room types may vary.
Nearby Hotels 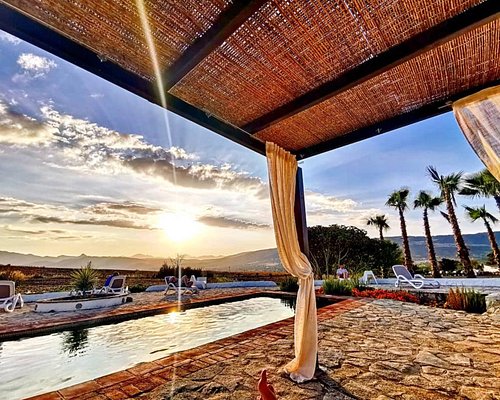 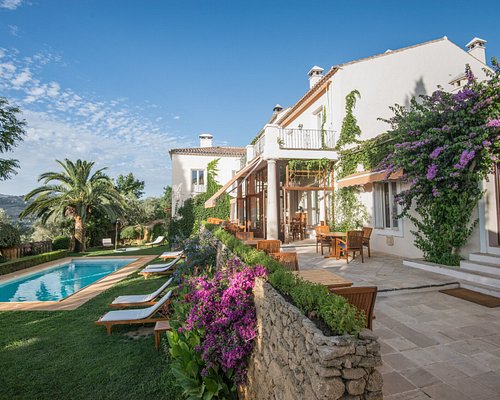 Expectations of the hotel were high after reading all the wonderful reviews on tripadvisor and the pictures on the Parador website. It delivered on all fronts. The only comment I could suggest for improvement was the enthusiasm of the check-in staff, however, this was not a problem as we didn't need any help with transport or directions etc. Other staff we met (ie. restuarant) were great.
We paid for a superior room on the young persons getaway which included breakfast and was of good value. We were initially disappointed as we thought that these rooms overlooked the bridge, however, that was soon alleviated as the views of the sunset over the valley was equally impressive.
The room was lovely and roomy. Large bed with quality sheets, modern bathroom and cute balcony.
Location wise, I can only restate that it sits right on the edge of the cliff and will likely feature in all the pictures of the new bridge. It literally is wedged between the bridge and bullring. Great to access the restuarants nearby and go exploring the town. Although because ronda is so small, probably any hotel you choose will allow you to walk to all attractions with ease.
Breakfast at the hotel was the best we had in Europe and the dinner was the best meal we had in Andalusia. We didn't go with the degustation menu, but picked the suckling pig and venison and a Ronda wine to accompany the meal.
Definitely consider Ronda as a nice relaxing break from the crowds of Seville and Granada. It's a quite town, so don't expect alot of entertainment at night. We wandered around from about 4pm, not bumping into many tourists and even had the bullring to ourselves for a little while!

This review is the subjective opinion of a TripAdvisor member and not of TripAdvisor LLC
atty_busnss_travlr
San Francisco
520
Reviewed 5 June 2007
pay for the superior room!

I don't have much to add to the comments of others who have stayed at the hotel, but since I decided to write a review on all 6 of our Spain hotels, I will include a short review of this also.

The common areas are large and attractive with comfortable seating areas. There is a small pool with a few lounge chairs surrounding the pool, and an old computer offering very overpriced, and terrible, internet access.

But who cares? The only thing you need to know is that the superior rooms have the best views in town overlooking the gorge and far, far beyond across the valley. The majority of people staying at the hotel stay one night, as did we, and you are unlikely to return to Ronda in your life. So pay the extra $40 to $50 for the superior room! There are few views anywhere that can compete with this.

One odd problem we had was with housekeeping. Highly professional, with supervisors and cleaning staff buzzing around in the morning to quickly clean for a turn-over of guests well above 50% daily, and the hotel is often full. We were lucky and were able to check-in at 10:00 and not leave until 12:30. But on both days the room was opened over, and over and over by both cleaning crew & supervisors, often without knocking. And on the day we left the knocking at 10:00 became simply walking into the room by 10:30 and by 11:00 they simply opened & kept open the door. Conversations with the staff, in Spanish, failed to solve the problem. Bizarre.

We were also less than happy when our credit card bill arrived and we saw that the hotel (and we booked directly through the hotel) charged us one night as a no-show and then 10 minutes later charged us for the same night again. Yes, they apologized and corrected it, but it was still highly annoying.

And lastly, we had never stayed at a Parador before, so I wonder if the following comment applies to the entire chain. There was constant evidence of 2 strains or philosophies running through the hotel: 1) we are in the hospitality business; and 2) we are the government. Instances of the later included a ludicrous sign at pool side with about a dozen things you absolutely, under no circumstances, could do. And each was explained in the most dire terms in several languages. It is not unusual for hotels to remind guests that it would be appreciated if they would refrain from using the pool until they had showered. But no, this demanded that under no circumstances were any guests allowed to use the pool facilities until they showered. My local public swimming pool in San Francisco has a long and fairly fascist lists of does and don't, but the Parador's list was in a class by itself. There was even a picture of a guy with huge splotches on his face and a long rant about how sick people must avoid the pool area. Must!

This same attitude infected the guy who checked us in. We knew we were hours early for check-in and had low expectations that any room would be available. But when we asked if, by any chance, our room was available, the long rant we received about the check-in time served no purpose. Particularly when all of 90 seconds later, when we were in the midst of storing our luggage in the storage room he hands us our room key, without any explanation.

This review is the subjective opinion of a TripAdvisor member and not of TripAdvisor LLC
Julie032
Saint Louis, Missouri
47
Reviewed 25 May 2007
Worth it!

I had reservations about spending so much money on a hotel room for one night, but this was our big splurge of the trip. Was it worth it? You bet! We stayed in room 223 which I think is a superior double. In my opinion it had the best view of any other room (though, honestly, all the rooms on that side have a spectacular view).

"Wow" was all I could say when looking at the view from our balcony. I'd read the descriptions and seen pictures, but it was still breathtaking - living up to my expectations. The location was perfect (being right next to the bridge you are between the new city and old city). Parking cost 17 euros and is directly below the parador. The staff was great and the room was very large. The balcony was huge because we were in a corner room. I don't think we paid extra for the corner but to get a room with a view I *think* you need to book a superior double or higher (don't take my word on it).

We splurged (again) at the restaurant for our evening meal. The food was good, but not outstanding. It also took some time to get through because of the courses and waiting for the check. I would certainly recommend the hotel but if you are only there one night, save some time and money and find a different restaurant. Take the money and time you saved, spend it on a bottle of wine or sherry at the “Queso y Jamon Boutique” across the street, and enjoy the balcony!

Regarding the sewer smell that is mentioned in other reviews, we visited in early May with and we did not notice any odor with mild temperature.

This review is the subjective opinion of a TripAdvisor member and not of TripAdvisor LLC
A2D
Vancouver, Canada
22
Reviewed 17 April 2007
Even better than Jaen

Ronda was the second Parador of our trip, the first being the Parador de Jaen. The building interior was heavily modernized and much less dramatic than Jaen but the setting was even more spectacular; surrounded on 2 sides by a 350' deep chasm and on the others by a plaza and park. The "Standard" room we had was fine, nothing exceptional just a generic modern room with a large balcony, it had been freshly painted and the wooden floors varnished; the smell was still in the air but we got used to it after a few hours.

What was really impressive was the location of the hotel, sitting on the edge of the chasm at the N. end of the Puente Nuevo (New Bridge) that leads to the old town. Ronda is a small town and the Parador is in the very centre. Every site in the town is within easy walking distance from the hotel although some hard climbs are in store for you if you venture down to the Arab baths off the east side of the escarpment.

Like every one of these Spanish towns it's best to park your car and walk; the tiny streets with all their distractions and pedestrians are no place for the uninitiated to drive.

Although none of the historical sites, except for the old city walls, are terribly memorable they are worth the look; the Arab baths, the cathederal and the bull ring are all interesting. There is a great shopping street in the new part of town that was the best we saw in Andelucia and a 22km drive to the NW will get you the Pileta Caves where an english speaking guide will show you some nice Neolithic cave paintings.

We had a great stay at this fine hotel.

The hotel is in a great location, close to the bars and restaurants of Ronda. We had a superior room which had a balcony and stunning views across the valley. Would definitely recommend opting for a room with a view. Breakfast wasn't included in the rate so didn't try the food there. All in all a nice hotel with big, airy rooms.