USD 83
View deal
Free cancellation until 03/02/22
Hotels.comUSD 91
Booking.comUSD 91
eDreamsUSD 91
View all 16 deals
Prices are provided by our partners, and reflect total costs of the stay, including all taxes and fees known to our partners. Please see our partners for more details.
Payments made by partners impact the order of prices displayed. Room types may vary.
Go504096
Brisbane, Australia
2

Whitsunday on the beach

Review of Whitsunday on the Beach
Reviewed 30 July 2021

Stayed 5 nights , fairly priced , great location in the middle of Airlie Beach. Backs onto the beach front lagoon. Rooms a little dated but a good bed, a great shower. The atmosphere is good as its right in the main street with walking to all amenities. Park your car and pack your car keys away until you leave. Would stay here again!

Review collected in partnership with Accorhotels.com
This business uses tools provided by Tripadvisor (or one of its official Review Collection Partners) to encourage and collect guest reviews, including this one.
See all 190 reviews
Payments made by partners impact the order of prices displayed. Room types may vary.
Nearby Hotels 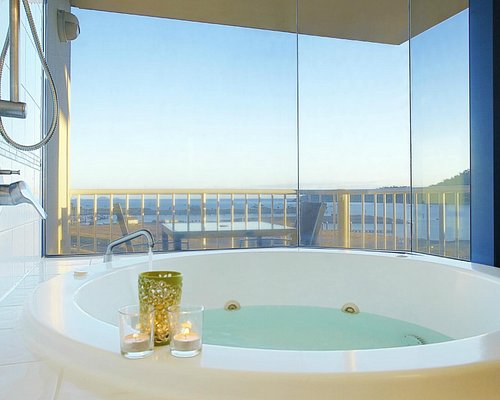 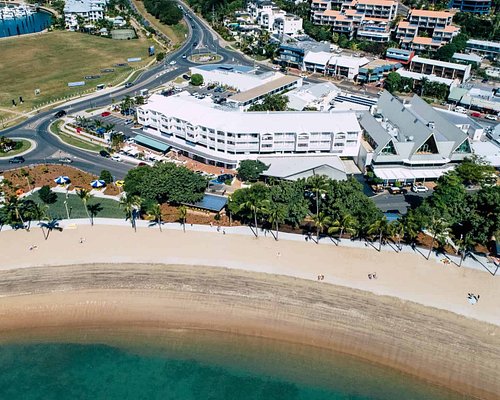 From the moment we attempted to open the door to having the leave the room clean and tidy and “take out the garbage” as you leave, this place charged a premium price and doesn’t deliver. The smells from the restaurant’s exhaust fan next door comes into the bathroom, and stinks your room up!!

It was built close to 50 years ago and looks like only the bare minimum has been done to upgrade the facilities.

The fridge had no proper shelving, (see picture) which another traveler had bought to the owners attention several months ago. I thought by now they would have replaced them… but nope, that would cost them money.

No cupboards, just a rack with no hangers provided. (See picture)

You are given 1 white (greying) thinned towel for each guest, to last 4 days. What a joke, they don’t alert people to that fact when you book. Also the rack provided to dry your towels on is rusted. See picture.

The toilet looks like it hasn’t been cleaned since the last century. Putrid. (See picture) we were expected to clean it when we left. Which made me wonder if these units are cleaned and sanitised between guests, particularly in this age of Covid!! Definitely a health hazard.

No screens on doors, so you cannot sleep with the sliding door or window open for fresh air at night. Security is a big concern here as the back door doesn’t have a dead lock. We were warned about thieves coming into the complex, but obviously nothing has been done to secure the guests possessions while they are out.

I would advise people to look elsewhere in Airlie Beach, and not waste hood money on this dump.

This review is the subjective opinion of a Tripadvisor member and not of TripAdvisor LLC.
Anieoakly
Queensland, Australia
92
Reviewed 11 January 2021 via mobile
Birthday week ..great location right in Airlie Beach

Walk to shops restaurants bars and lagoon ..rooms clean ..easy safe entry and exit at night ..didn’t have a car so bus stop outside was handy ..close to Woolies ..everything you need is out the door couple metres away ..Sandy is wonderful and looked after us with local knowledge of day trips and tours ..highly recommend if you want to be amongst the shops restaurants bars and night life ..we loved the location ..and would stay here again ..pick ups for most tours were within walking distance less than 100 metres away ..thank you Sandy we will be back

This review is the subjective opinion of a Tripadvisor member and not of TripAdvisor LLC.
W2992RVjonathand
111
Reviewed 25 December 2020
Good Accommodation and Location

Stayed here after another location and were happy with our stay. Room is ok with good kitchen. Location is spot on and having key access to lagoon is outstanding. Staff are super friendly and wonderful. Definitely recommended to stay here.

This review is the subjective opinion of a Tripadvisor member and not of TripAdvisor LLC.
MargaretP697
Brisbane, Australia
12777
Reviewed 21 September 2020 via mobile
Fabulous

Great little place, very central and with good security for your car. Marnie and George were terrific - we got held up because of an accident on the highway but they made sure we could get in ok and gave us an extra phone number just in case. They were very hospitable and friendly. Good room, pool facilities and you are in the middle of the main dining and wining area of Airlie.

This review is the subjective opinion of a Tripadvisor member and not of TripAdvisor LLC.
sierra d
Mackay, Australia
1723
Reviewed 7 June 2020 via mobile
Great location

Nice size room with a kitchenette, lovely double sliding doors to balcony with a view to the lagoon. Perfect locality in the heart of everything. Right next to the lagoon, cafes and beautiful sunrises. Will definatley book again.