USD 116
View deal
Free cancellation until 23/04/21
Travelocity
eDreams
Booking.com
View all 14 deals
Prices are provided by our partners, and reflect total costs of the stay, including all taxes and fees known to our partners. Please see our partners for more details.
Payments made by partners impact the order of prices displayed. Room types may vary.
aussie0101
Sydney
12

Not a bad place to stay

I stayed here while undertaking a last minute business trip . And was surprised the staff were nice and the hotel was clean and the bed was relatively comfy . Really what more could you ask for When travelling in a small country town . I’d happily stay here again .

Trip type: Travelled on business
See all 78 reviews
Payments made by partners impact the order of prices displayed. Room types may vary.
Nearby Hotels 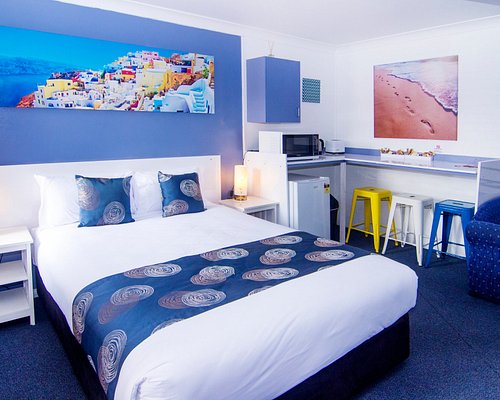 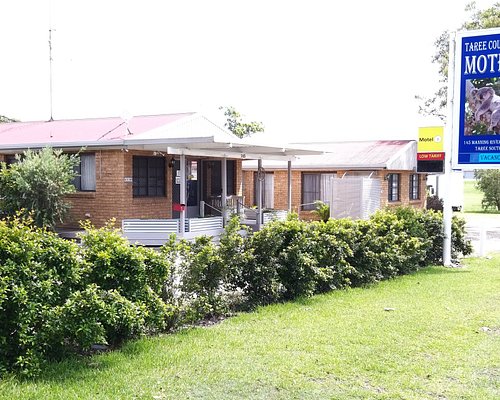 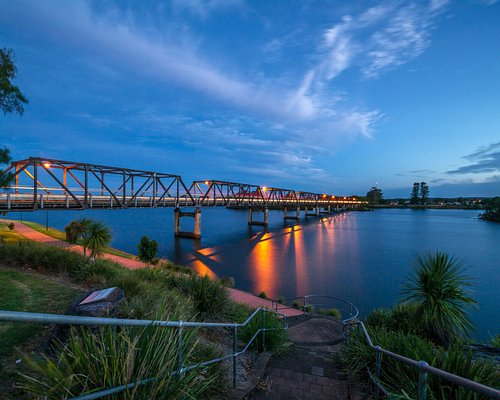 The outside appearance is awful with weeds and long grass, road noise doesn’t stop and when you need rest from a medical procedure is the wrong place to stay. After two nights my back was sore from the bed, plenty of nicer motels closer to the Main Street for more convenience however it is in walking distance to a Sports League Club for meals. We stayed two nights and our room wasn’t on the cleaning list after the first night until we asked, we needed more tea, coffee, milk, fresh towels, bins emptied etc etc. They are certainly cutting corners here.

This review is the subjective opinion of a TripAdvisor member and not of TripAdvisor LLC
IanCtraveller
Kambah, Australia
204
Reviewed 25 October 2019 via mobile
Just OK

Well appointed and reasonably clean but poor housekeeping detracted from the experience. Rooms have AC, a microwave and toaster as well as the usual coffee and tea making facilites. The motel also has a pool and free wifi.

The TV was inoperable but the very apologetic and helpful manager swapped it out for another that did the job. Housekeeping had neglected to replenish the milk supply and there was no extra roll of toilet paper a necessity as there were only a few sheets left on the roll. Again the manager provided. Rooms can be noisy tho, both road noise and from the upstairs and adjacent rooms. The plantation shutters do a great job of keeping the rooms dark if you're after a sleep-in, possibly a necessity if your noisy neighbours are night owls!

This review is the subjective opinion of a TripAdvisor member and not of TripAdvisor LLC
JackAntcliff
Newcastle, Australia
74
Reviewed 27 July 2019
WON'T RETURN | A POOR EXPERIENCE

Booked based on a small amount of research and trust in a reputable name, my overnight stopover at this hotel has dealt a major blow to my confidence in the Comfort Inn brand.

Credit where credit was due, the room was incredibly clean, though that was probably linked to the fact it smelt like someone had just laced the place with a 15-litre drum of chlorine.

Having just arrived, I gave the benefit of the doubt and assumed the smell was just that of bleach lingering from earlier cleaning. It was only when I returned some hours later, well after the staff had gone home, that I realised how strong the odour was.

Even with the windows and door open, it continued to linger, strong enough that at times it was causing me to feel dizzy and ill.

Attempting to sleep, by the early hours of the morning I made the decision to pull on a jumper and sleep in the back of the car.

Will I be staying here next time I return to Taree, not a chance.

This review is the subjective opinion of a TripAdvisor member and not of TripAdvisor LLC
Boags1956
Curlewis, Australia
294
Reviewed 5 February 2019
Neat but small

A strange setup of a room, with an armchair tucked away in the corner which could not be used?
Not sure what the guest in the room above was doing but it sounded like a couple of dogs playing ball!
asked for instructions on how to get to a couple of places and it was vague to say the least
Not sure if i'd stay again

This review is the subjective opinion of a TripAdvisor member and not of TripAdvisor LLC
sez3110
Canberra, Australia
2
Reviewed 2 January 2019 via mobile
Good for short stay.

Our stay was fine as a stop over.

Reception was polite and accommodating, The room was pretty small but the bed was big and comfortable and the whole room and bathroom were really clean. Theres a good TV, kettle, microwave and fridge so if you need anything more than this, then this isn’t the place for you.

The pool was really nice after a long day of driving.

Only downside for us was being located on the lower floor, the footsteps and talking alone from the room above sounds like a pack elephants stomping.

Over all though, it’s good accomodation and I’d still stay again.