CheapTickets
Expedia.com
Hotels.com
View all 18 deals
Prices are provided by our partners, and reflect total costs of the stay, including all taxes and fees known to our partners. Please see our partners for more details.
Payments made by partners impact the order of prices displayed. Room types may vary.
257brettd
Melbourne, Australia
8335

First time here and had high expectations
Coffee guy in the lobby was excellent, happy greeting and great coffee
Swim up pool bar needs some work
TVs not working, nothing on show and reason the sit at the bar in the water
Very poor worst swim up bar ever !
Baggage guys good
Check in was great - nice crew
Rooms nice and large
Overall - I will try another if I come back

Thank you for taking the time to leave us a review. We appreciate your kind comments on our staff, the coffee and the rooms.
I apologise your expectations were not exceeded with our pool bar and that you TV was not working. Please be assured your constructive feedback will be shared as we focus on delivering on brand service and experiences.

Report response as inappropriateThank you. We appreciate your input.
This response is the subjective opinion of the management representative and not of TripAdvisor LLC
See all 1,204 reviews
Payments made by partners impact the order of prices displayed. Room types may vary.
Nearby Hotels 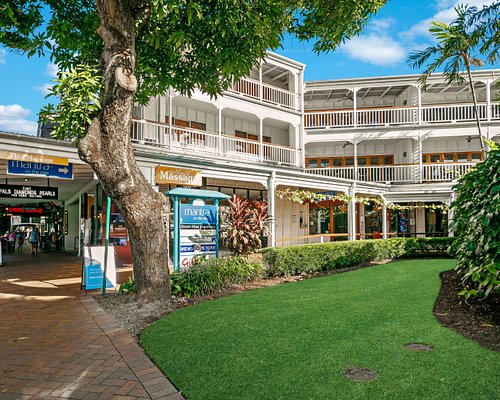 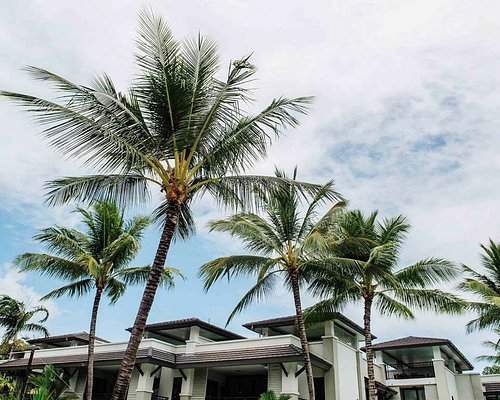 Pool and beach were wonderful! Staff was excellent, especially as we had some mix-ups with our reservations. Highly recommend this resort! Breakfast buffet is incredible, starts the day strong! Music in the lounge was terrific too! And the swim-up pool bar was fun for us to enjoy lunch and cool drinks!

This review is the subjective opinion of a Tripadvisor member and not of TripAdvisor LLC.
2HappyAussies
Sydney, Australia
14165
Reviewed 4 August 2019
Service slipping under the Marriott umbrella

We expected the same standard as last year on this visit but did not receive it.
We wondered if bringing Sheraton under the Marriott umbrella was the reason.
Housekeeping needs a giant shot in the arm or a change of supervisor.
The room initially allocated had not been made up necessitating a change. Had to ask for the floor to be mopped as our feet were blackened by the tiled floor. It happened once but should have been done daily. Housekeepers did not even have a mop on their trolley.
Some staff were great, particularly Leanne and Ben on the front desk, and without them we may well have decided not to return next year given the other issues
Complimentary water was not provided daily as it should have been and when asked for was initially charged at $6/bottle.
Amenities were not replenished daily as required.
Some mini bar items not used were charged to the account.
Four drinks were charged to the account despite having complimentary vouchers for them.
Without their long standing, very competent, lovely Leslie cooking in Feast at breakfast it was shambolic. Added to that, items on the breakfast bar were not replaced when they needed to be and when this was mentioned to a Supervisor he reacted in a very surly manner to a point I was about to report him.
With Sheraton we have been accustomed to a pillow menu. This was not the case this year and three of our party had problems in getting a quality sleep.
Although we intend to return next year, a further decline in service will cause us to look elsewhere in following years

This review is the subjective opinion of a Tripadvisor member and not of TripAdvisor LLC.
rchughes
Sydney, Australia
6117
Reviewed 3 August 2019
Lovely resort

My wife and I stayed here for 4 nights in July. It was our first time to the lovely Port Douglas resort. The hotel is a little way from the main town and provides access the cheap and frequent shuttles.

The hotel looked great and was nicely set out. Staff were friendly and responsive. Rooms were well equipped and very comfortable. The pool area (including bar service) was great too and there was ready access to 4 Mile Beach.

Why not 5 stars? Difficult to put my finger on it precisely but, as another poster put it, it's lacking a certain soul / vibe / identity.

Nonetheless, I'd recommend and would go back.

This review is the subjective opinion of a Tripadvisor member and not of TripAdvisor LLC.
IndiaTravelfreak
Mumbai, India
12092
Reviewed 2 August 2019 via mobile
Good large beautiful property with a missing soul

A grand property with a huge golf course, many restaurants, multiple swimming pools and a huge lobby will give you an amazing feeling of being in a lavish property but the soul is missing when it comes to guest satisfaction.

Having reserved multiple rooms, we time and again called them to have us in the same wing closer to each other as we all had children and they would want to meet each other often. Unfortunately they failed to help us out in this upon check in saying that they were completely full and previous requests are not honoured. That was a terrible violation on their part and dissapointed all families for the rest of the week during our stay as it is not easy to walk from one wing to another as you need to call carts.

Breakfast spread was good but not many changes everyday and feels repetitive. The staff is not very helpful whenever you order stuff in the lobby. They are mostly short staffed and takes forever to get stuff you ordered. It would be easier to go to the town with a street full of cafes and restaurants giving a variety of choices.

Rooms are pretty small and average looking when looking at the size of the resort. They could have done a better job at making it decent sized when you are a family of 4 staying in a room. Bathroom is pretty average though the bathtub is a privilege.

Overall missed the luxury element in this resort and wouldn't wanna come back again.

Thank you for taking the time to share your valuable feedback. Providing the highest level of hospitality is our number one priority and we sincerley apologize for falling short of meeting your expectations. In particular your room allocations not being honoured. I have shared your feedback with the appropriate hotel teams to ensure this is prevented from occuring in the future.

If you ever decide to come back to Port Douglas please reach out so that my team can arrange a seamlesss stay for you.

Report response as inappropriateThank you. We appreciate your input.
This response is the subjective opinion of the management representative and not of TripAdvisor LLC
TandT2015
Auckland, New Zealand
1010
Reviewed 2 August 2019
Disappointed, lack of consistency

We stayed here for 5 nights, this week. This was our first stay here. We choose this resort as we regularly stay at The Sheraton Waikiki and also The Sheraton Denarau. Unfortunately it was no where near the standard of any of the Sheratons we have stated at before. We wouldn't stay here again or recommend it to others. It appeared to be very poorly managed. The staff appeared poorly trained with a lack of consistent systems in place. We were disappointed from the moment we walked into our room until we checked out. We had booked a Garden View room. The room we got only had a view of the external stairs to reception and the restuarants. And likewise for anyone walking along those stairs their view was directly into our room, which meant we had to keep the shutters closed alot. Was totally overpriced and not worth the money.

Your detailed feedback which we treat as a gift enables us to review and improve as we strive to create enjoyable and memorable experiences for our guests. I apologise that we did not meet your expectations.

As a teachable moment we will certainly review your comments on your room allocation & in regards to staff we have invested highly in training and will continue to do so as we strive for excellence.

Report response as inappropriateThank you. We appreciate your input.
This response is the subjective opinion of the management representative and not of TripAdvisor LLC
View more reviews
PreviousNext
1…505152…