There are chairs provided so you can sit and watch the ocean. - Review of Burnt Cape Cabins and Cafe

USD 141
View deal
Free cancellation until 29/04/21
Reserve now, pay at stay
Hotels.comUSD 141
eDreamsUSD 141
Orbitz.comUSD 141
View all 11 deals
Prices are provided by our partners for one room, with variable occupancy rules as provided by the property, and reflect total costs of the stay, including all taxes and fees known to our partners. Please see our partners for more details.
Payments made by partners impact the order of prices displayed. Room types may vary.
MLV038
St. John's, Canada
13140

There are chairs provided so you can sit and watch the ocean.

The cabin was clean and fairly well equipped for a couple of nights stay. We had planned to eat at the cafe but it had not opened for the season due to Covid19. I think they should make note of this on their website because there is nowhere to eat or buy food in the area. Make sure to bring your own for this year!

Room tip: These cabins are right across the road from the ocean with nothing to block your view.
See all 134 reviews
Payments made by partners impact the order of prices displayed. Room types may vary.
Nearby Hotels 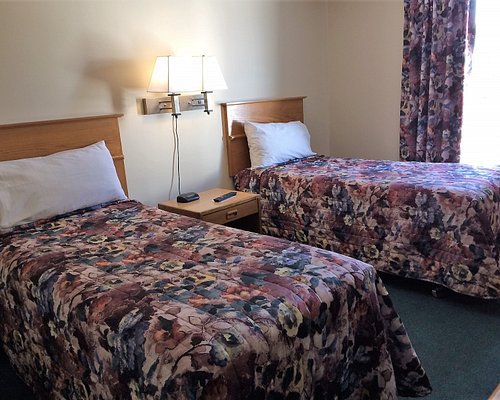 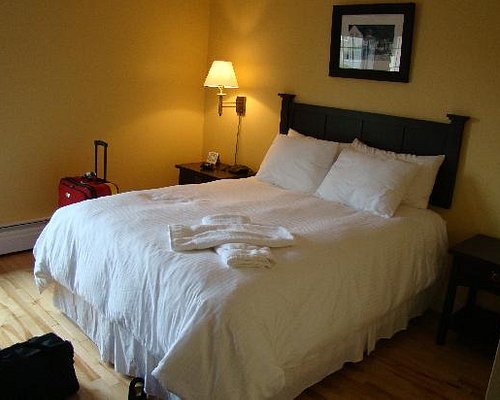 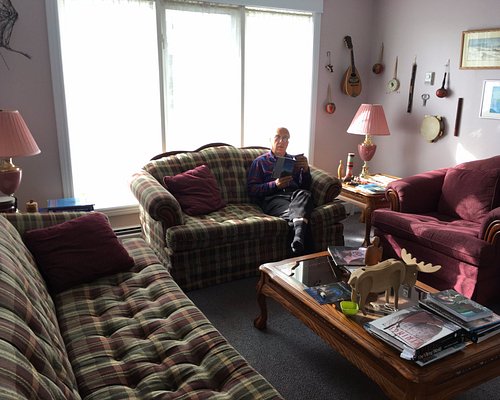 We rented at Burnt Cape cabins for 4 nights last week.Beautiful clean cabin literally across the street from the water and a view of the Burnt Cape ecological reserve.We LOVED the bed....sooo comfy! And for anyone who likes to beachcomb ,there are tons of sea glass on the beach! Lots of nice hikes in the area too.Unfortunately the cafe is not open this year due to Covid...so bring your own food. Kitchen was well equipped. Over all a wonderful place to call home for a few nights !

This review is the subjective opinion of a TripAdvisor member and not of TripAdvisor LLC
Ruth N
West Columbia, South Carolina
5323
Reviewed 30 October 2019
A Very Nice Surprise

Even though I'd read that staying in a Burnt Cape Cabin was definitely not 'roughing it," I was very pleasantly surprised to find our accommodations to be more like a very spacious half of a duplex. Cabin 3 was the only one available when we booked, and it was larger than needed for 2 people, but we found it very convenient to use 1 bedroom for our luggage and the other for sleeping. Because we were there in late September, the restaurant was not open. We would have liked to sample the proprietor's cuisine! During our two-day stay, we purchased breakfast food at a Tim Horton's on the north end of St. Anthony to stow in the refrigerator; it was no more than a 30-minute drive away, and we found very fine places for lunch and dinner in St. Lunaire and St. Anthony after exploring at L'Anse aux Meadows and sites in St. Anthony. It was great to have the kitchen stocked with coffee and to have a washer and dryer there, also. The store across the street met our other needs when we needed batteries for cameras, etc.

Our family of four stayed in one of the cabins for 2 nights. It was clean, we'll furnished and great for a family. Right across the street is the local grocery store, post office and cafe where we had dinner each night. Give Ted's moose burger a try. It is delicious. This is probably the best place to stay for a visit to L'Anse aux Meadows. Not at all touristy and a great way to get a taste of local life in this small, charming coastal town. Our last day we got a tour of the ecological reserve with Ted. He was a fantastic tour guide and gave us lots of interesting local information and history. We even saw a small iceberg in the distance, unusual for late July. Hopefully we'll be back sometime in the future.

This review is the subjective opinion of a TripAdvisor member and not of TripAdvisor LLC
X4096VVdebbies
Conception Bay South, Canada
52
Reviewed 11 September 2019 via mobile
Beautiful Cabin but won’t go back

Stayed for two nights, after a very long drive , the check in went very smoothly but soon discovered some disappointing things, BBQ cooking area is shared by all cabins, would have preferred on our own deck ( should have checked this out first) so tired and didn’t have the energy to socialize. Started to cook our supper but stove didn’t work, I informed the owner and he replaced next day but that didn’t help that night, brought our food to our friends cabin, she had two burners on hers that didn’t work either, but we managed, thank god we had them or would have gone to bed hungry! Only problem I take away from this is the owner took no responsibility for the appliance not working, can’t fix something he’s not told about ( who’s supposed to tell you) I believe it’s the owners responsibility to ensure everything is in working order! The cabin itself is beautiful but I would not want to have to make use of sofa bed, you’d have to move table and chairs in front of only exit to open it up. I have pics of opened coffee, sugar, I never grew up with a silver spoon in my mouth as owner suggested to my husband but I wouldn’t use this stuff after someone else, I feel it’s unhygienic, that’s just my opinion, I guess some people don’t mind. The shower curtain ( pic provided as well) was moldy, no light in shower so I didn’t see it until I was about to take a bath and pulled shower curtain out of tub the last night there. Informed owner next morning at checkout and again didn’t take responsibility cause no one told him? He told my husband I was talking down to him but I just find that he was defensive because he didn’t want to take responsibility. Despite the issues, the cabin was beautiful and I had two really good nights sleep and loved the area

Hello
The first complaint was no bbq on the the deck of the cabin. I built a bbq pit for everyone to use with three BBQ's and a picnic table inside with full lighting just behind the cabin. The only part on the stove that didn't work was the oven element. i can't control when a element breaks down. The man came to me and he was very disrespectful when i was trying to help him. The next morning i put a new stove in his cottage because he wanted it changed even though i only needed to replace the element. The burners was checked on the other stove and they were working fine after they left. I don't think you would have went hungry i have a restaurant across the street from the cabin and being a newfoundlander i probably give you some food to make sure you had a great stay. I take full responsibility of my business and i gave you a brand new stove no stores was open in the evening so i got one next morning. I expect the guest to tell what problem so i can fix the problem don't wait until the day you leave and tell me the problem then because it is to late to get get it fixed for you. You didn't have to use the sofa bed so why would you complain about. I think you are just trying to be very picky. You didn't tell me about the coffee and sugar that was opened and yes i do provide coffee and sugar for each cabin. as for the shower curtain My cleaning lady and myself inspected the shower curtain and it was clean i would love to see the picture that you provided and there is two lights in the shower room. Not only did you talk down to me but your husband as well.The positive thing i can take from this is the cabin was beautiful and you had good sleep and loved the area.

Report response as inappropriateThank you. We appreciate your input.
This response is the subjective opinion of the management representative and not of TripAdvisor LLC
Arthur Z
Toronto, Canada
180103
Reviewed 4 September 2019
A great find on the water

We came here to spend the night before we checked out the Viking story at L’Anse aux Meadow it is a 30 minute drive to the site. The cabins were well designed with a bedroom separate from a sitting room/ kitchen. The bathroom had a tub. We were initially landing to stay 2 nights but our return flight from Deer Lake was moved up so we asked to cancel the second night and requested a refund. This was agreed to so we were very happy with the considerate service
The cabins front onto the water with great views to be had