Hotel de Jouvence
Lowest prices for your stay
Lock in great prices from these sites
USD 69
View deal
eDreamsUSD 69
PricelineUSD 69
Agoda.comUSD 69
TripadvisorUSD 69
ZenHotels.com
Hotels.com
View all 12 deals
Prices are provided by our partners, and reflect total costs of the stay, including all taxes and fees known to our partners. Please see our partners for more details.
Payments made by partners impact the order of prices displayed. Room types may vary.
robertlY9789ER
Berkeley, California
65

Perfect hotel for a reasonable price

I stayed here one night in October and found it to be an excellent place. Clean. Nicely furnished. And in an excellent location on the square which holds the faux Roman style bath with quite hot water from the natural spring. There are several bars and restaurants all around. The gentleman at the front desk was very helpful. He showed me where to leave my bags for a few hours while I toured the town waiting for my train's departure in the afternoon. He called a taxi and walked me out to the meeting spot, hauling one of my bags. All this plus the reasonable price made it a winner!More

Show less
See all 79 reviews
Payments made by partners impact the order of prices displayed. Room types may vary.
Nearby Hotels 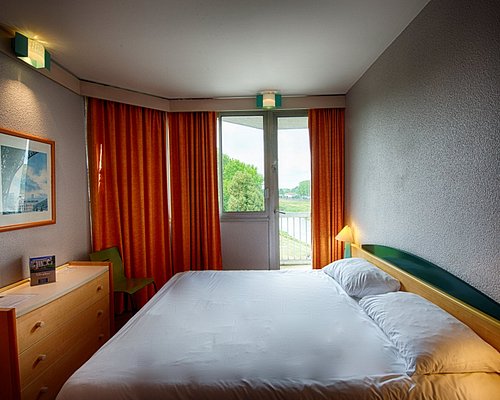 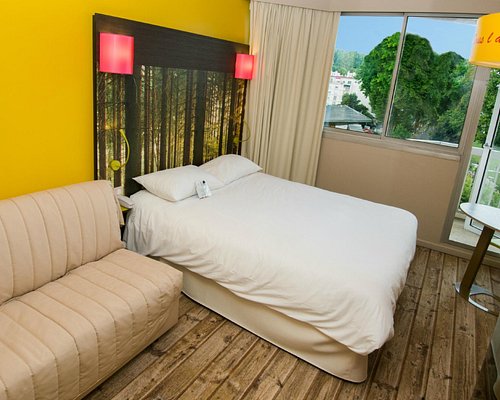 I booked a room at the Hotel de la Neha sight unseen, as I had never been to Dax before. From reviews and maps, it looked central and reasonably priced. This is a good thing for convenience.

However, I arrived during the "Toros y Salsa" festival (September 2013), and the town was bustling, and the hotel's price had been raised. So I ended up paying quite a bit more than the usual price, and through the window came a constant barrage of sounds of people drinking, laughing, yelling, etc. It probably would have been a bit loud most times anyway, since it's around the corner from a popular tapas bar, but likely not quite so late into the night.

In any case, the room itself was quite comfortable and the lady at reception was friendly and helpful. When I came home in the evening, it turned out the code to open the door didn't work (the battery on the system had died), and she answered her cell when I called and met me at the door to let me in, which I appreciated, as she was out enjoying the festival herself.

All in all, I liked this hotel, and despite the noise of the festival while I was there, would stay there again, due to its convenience and price (when not during festival time).

This review is the subjective opinion of a TripAdvisor member and not of TripAdvisor LLC
andrew4038
Vancouver, Canada
13355
Reviewed 9 November 2011
Everything you need in a good location.

My wife and I arrived on bikes from Bayonne and we're slightly put off by the general ambience of Dax on the way in from the west. However the area around the Fontaine Chaude is nicer and this hotel is extremely well located. The receptionist was very friendly and keen to help with local tourist information and restaurant recommendations. Also this hotel is very bike friendly with a lock-up right next door that can be reached easily from inside the hotel. The room was spacious for this type of 2 star hotel with separate loo and shower. Very hot shower, I presume they use the spring water for heating as it seemed unlimited. Heavy duty shutters keep out the noise from the front alley can't speak to other areas. The bed was comfortable and the room clean with good wifi and a flat screen TV. Breakfast was a perfectly fine continental and although there is a tiny breakfast room on the 3rd floor they will deliver to your room for no added charge. The Bistro a la Cote across the street about 30 meters away was superb and bizarrely does not feature in TA for Dax restaurants. Also very good local bar right next door as well as all the stores, the fountain and the Hotel Splendid if you're into art deco. Many of the thermal baths are also close if you are looking for fibromyalgia or rheumatic relief.
All in all this represents superb value for a hotel of this type.

This review is the subjective opinion of a TripAdvisor member and not of TripAdvisor LLC
linnuke
New York City, New York
12
Reviewed 9 June 2010
Got charged over 30 Euros for phone calls we didn't make.

When we got home, I checked the phone numbers we had been charged for. One was a moving company, and the others were unknown people. I contacted the hotel twice by phone and by email to tell them but we didn't get reimbursed.