USD 165
View deal
PricelineUSD 178
Trip.comUSD 190
eDreamsUSD 185
View all 14 deals
Prices are provided by our partners, and reflect total costs of the stay, including all taxes and fees known to our partners. Please see our partners for more details.
Payments made by partners impact the order of prices displayed. Room types may vary.
636annabelk
2

Lovely hotel in a great location, short walk to most central locations and easy to access public transport. Rooms clean and well done. Really excellent breakfast with a wealth of choice and the staff were all very cheerful, helpful and accomodating.More

Thank you for staying with us, we truly appreciate it.
I´m glad to hear about your memorable stay, it really seems like you enjoyed it.
We do put a lot into a great total experience and it´s always very nice when we accomplish just that.
Thank you for sharing and recommending us.

Report response as inappropriateThank you. We appreciate your input.
This response is the subjective opinion of the management representative and not of TripAdvisor LLC
See all 1,920 reviews
Payments made by partners impact the order of prices displayed. Room types may vary.
Nearby Hotels 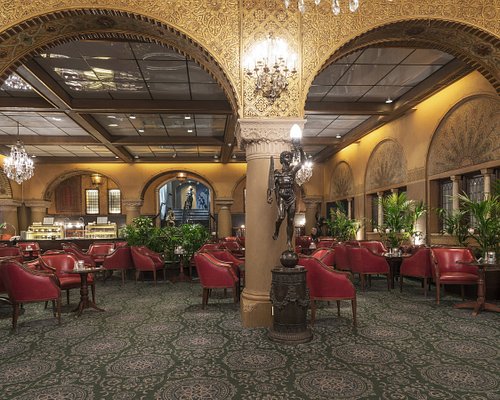 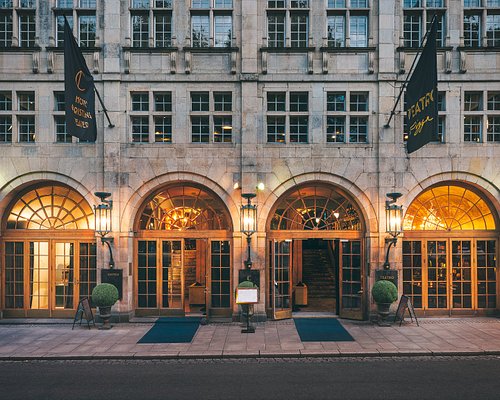 This was my final stop on a three week trip around Norway so I decided to go a little upmarket from the mostly three star hotels I had stayed in so far. Norway is expensive but this hotel was relatively more affordable than others in a similar class. The reception is welcoming and well decorated. The receptionist could not have been more helpful and friendly although I was aware there were people waiting to check in behind me. I had read some reviews suggesting that lower floors at the front were affected by noise from the bars opposite (there are four bars opposite) so I had messaged ahead requesting a higher floor room at the rear of the hotel. And this is exactly what I got, it was really peaceful.

My room was clean and well decorated, they appeared to have been remodelled very recently. The floor covering was slightly odd - not a carpet or vinyl / laminate but a kind of woven plastic raffia. I guess it is is easy to keep clean which is important these days. A headboard around the bed had inlaid lights which were lovely, and gave a lovely ambience to the room. This is the first ‘double’ bed I have slept in on my Norway trip which is actually a proper double and not two singles pushed together, so I was able to sleep comfortably in the middle of the bed without falling down any gaps! It was very comfortable.

There are all the amenities one would expect in a good hotel room, kettle, hairdryer, iron, safe, but also a coffee maker and mini fridge. There are bottles in the mini fridge but nothing telling you the price of things in the minibar/fridge or the chocolates/crisps/red wine on the shelf. I understand not leaving information in the room but a QR code would be good, I also could not work out how to adjust the heating in the room - there was a dial near the door but no clues as to which way to turn it to raise / lower the temperature. There was a coffee maker also with free pods which is a nice touch. And plenty of storage space in the room.

The bathroom appeared new and clean. Although the design is a slightly flawed - the sink is shallow and moulded into the sink surround and the tap was not far enough over the sink resulting in water splashing onto the floor until I realised this was an issue and then only turned the tap on a trickle. The shower was strong and hot - there was an overhead rain shower and hand held shower in a nice surround. And an additional nice touch was the L’Occitane shower gels, shampoo etc. An even nicer touch is that these were refurbished during my stay!

The breakfast here is something really special. Sadly the restaurant is closed at the moment for lunches and dinner, but open for breakfast and there is a huge choice, fruit, breads, pastries, yoghurt, cereals, juices, smoothies, and a proper orange juicer. On the hot counter as well as the standard breakfast items of beans, bacon, fried/scrambled/boiled eggs, there are also tomatoes, aubergines in tomato, cauliflower, squash. And of course the usual cold meats and cheeses. It was possible to eat so well here that lunch was not needed, especially when you consider that on a Sunday breakfast ended at noon!

It is a large hotel however the receptionist who checked me in remembered my name when I came and went through the reception area. I would recommend this hotel to anyone looking for somewhere lovely to stay in central Oslo, a short walk from the main shopping streets and a metro station.

Thank you for a well-written and detailed review regarding your stay. We truly appreciated you taking the time to give us your comments and thoughts.

It seems like your stay was a big success and that the hotel lived up to your standards and expectations. Very nice that you lift forward several things, like facilities, service level, amenities and of course the breakfast. We do try to give all our guests a personal and memorable stay with us, and it´s always very inspiring when we get comments like yours that confirm that we did just that. So thank you for sharing this with us and others.

We will take kind words with us and promise to keep to good work going.
Warmly welcome back again in the future.

Report response as inappropriateThank you. We appreciate your input.
This response is the subjective opinion of the management representative and not of TripAdvisor LLC
travelhild
Oslo, Norway
166
Reviewed 21 October 2021
Can reccomend

We chose this hotel for our one-night-stay purely for the rumors about "Oslo's best breakfast". It did not let us dow. The food was really nice indeed.

Everything else also checked out, clean rooms, nice staff ext.

Will def. stay here again if I get the chance.

Thanks for rating us.

Report response as inappropriateThank you. We appreciate your input.
This response is the subjective opinion of the management representative and not of TripAdvisor LLC
annelouiselopez
1
Reviewed 17 October 2021 via mobile
Wish I could stay longer!

Arrived a bit earlier than expected and we were welcomed by lovely staff who offered a coffee and pastry while waiting for our early check in, which already exceeded our expectations! We were then showed to our room which was AMAZING and contained everything we needed and much more (almost made us stay in the room for the rest of our stay because of how nice it was). The breakfast was fantastic as well, beautiful breakfast hall and the staff was lovely here as well, walking around between tables and serving coffee. An all-round beautiful hotel, very central, only 4 minutes or so from city centre by tram? Also, the staff was so helpful in helping us find restaurants and places to see for our stay in Oslo. The whole stay felt very luxurious, from being greeted by warm and chatty staff, to the handwritten welcome-note in the room upon arrival. Can’t wait to come back :)

Thank you very much for taking the time to rate us here at tripadvisor.
It sounds like you had a great stay with us, and that both the hotel facilities, the breakfast and my dear colleagues lived up to, or exceeded your expectations. It really warms to read about it and I can´t wait to share your beautiful words with my colleagues.

Thank you very much for staying with us, and welcome back again in the future.

Report response as inappropriateThank you. We appreciate your input.
This response is the subjective opinion of the management representative and not of TripAdvisor LLC
GADrew
Camberley, United Kingdom
54
Reviewed 16 October 2021
Short stay ruined by others

Location was good and the room and staff were great, but the noise from the bar across the road every night until 3:30am was a joke. When I complained I was given a few chocolates and said they were sorry, not good enough - they need to get something done about it.

Room tip: Go somewhere else
Review collected in partnership with ThonHotels.no
This business uses tools provided by Tripadvisor (or one of its official Review Collection Partners) to encourage and collect guest reviews, including this one.
Ask GADrew about Thon Hotel Rosenkrantz Oslo
1  Thank GADrew

Thank you for staying with us.
I´m sorry to hear that noise from across the street ruined your visit. Unfortunately it´s very limited what we can do. We have been in contact with the city several times regarding that specific place, withour any luck.
However, we should have offered you a more quiet room turning against the backyard, and I´m sorry we didn't. I´ll bring it up with my colleagues so that we meet complains like your one better in the future.

Once again, sorry for the inconvenience this resulted in for you. We hope regardless of that to welcome you in back in the future, with a more quiet room.

Report response as inappropriateThank you. We appreciate your input.
This response is the subjective opinion of the management representative and not of TripAdvisor LLC
mortenbE3311YP
1
Reviewed 15 October 2021
Incredible

Amazing experience! We were welcomed like family. Amazing staff and definetely the place to stay when visiting Oslo! Very central, staff went out of their way to make our visit comfortable! Thank you!

Thank you for a great review.
I´m delighted to read your kind and positive words about your stay. Especially nice that you lift forward my colleagues and their effort to accommodate your needs. I make sure to share your comment with them.

Thank you for choosing us, and welcome back in the future.

Report response as inappropriateThank you. We appreciate your input.
This response is the subjective opinion of the management representative and not of TripAdvisor LLC
View more reviews
PreviousNext
123…