What a difference 4 years makes. - Review of Baywater Resort Samui

What a difference 4 years makes.

Having stayed at Baywater four years ago we were bitterly disappointed in how the Resort has deteriorated. It has no management,staff who do not understand English,grounds a rooms are in a dilapidated state. Breakfast disgraceful no welcome no hello no service no leadership. There was no water for two days running before we demanded a refund and checked out early. It will take a lot of work to get us or other guest to return to Baywater Resort. A bitter dissapointment as it had so much potential.

Room tip: Look elsewhere before booking this Resort even if the price is good there is no Service.
See all 453 reviews
Payments made by partners impact the order of prices displayed. Room types may vary.
Nearby Hotels 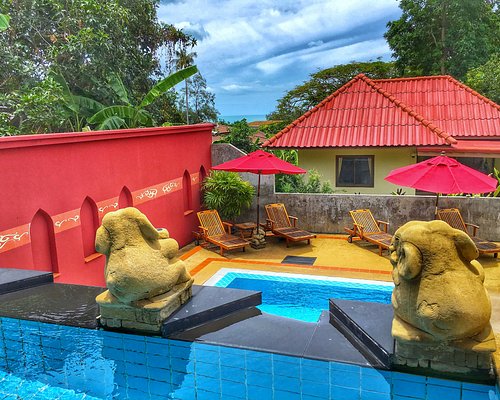 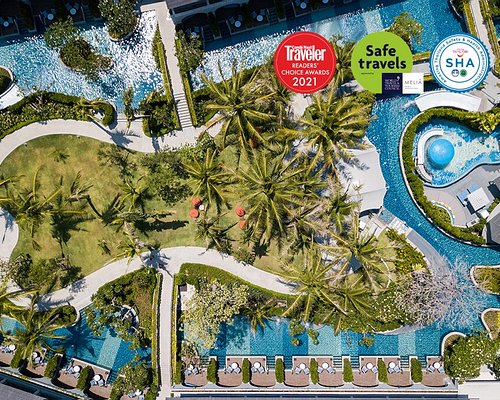 We had no water from the moment we arrived. We stayed there for 2 days without running water. Staff kept promising that water would come in an hour, this went on for 3 days. Rude staff at reception and at the restaurant. Never experienced such terrible non existent management. Manager at hotel was no where to be found he vanished amid the chaos! Everyone started demanding refunds and checking out. It was a mass exodus. Do not stay here!!! You will regret it!! Likely hotel will close down in coming days...

Trip type: Travelled as a couple
Ask 911aka about Baywater Resort Samui
6  Thank 911aka

This review is the subjective opinion of a Tripadvisor member and not of TripAdvisor LLC.
Mtn_Y83
46
Reviewed 23 August 2019
Extremely rude receptionist, wouldn't visit there again

After a long journey from Myanmar, we arrived at Baywater Resort and got a very cold and rude welcome from the receptionist. No help with the bags was offered and no smile or polite behavior, the only question we were asked was how much did we pay for our flight. Her behavior was so offensive that we even considered canceling the reservation.

If you go there, don't expect to get attention or help from the rest of the staff. the cleaning staff are nice and polite but the rest are unhelpful.

Breakfast was average and doesn't feel fresh. the rooms are spacious and quite clean but not well maintained. the pool is big and very nice to swim in.

Overall, like others said in the comments, the bad management of the hotel is substantial. they don't even bother to respond to the TripAdvisor reviews. It seems like this hotel doesn't want to improve and I think that it is better to avoid this hotel on your vacation until they change their attitude towards their costumers.

This review is the subjective opinion of a Tripadvisor member and not of TripAdvisor LLC.
Miguel X
41
Reviewed 21 August 2019
Disapointing

This hotel has a great potential, but due to poor management and lack of maintenance it fails your expectations.
Generally the staff is nice but cant speak english. There are two persons at the front desk that are extremely arrogant and rude, and do not provide you any basic information at check in (breakfast time, etc).
The rooms are very nice, but were not cleaned everyday, even when we asked to at the front desk. When we arrived, one of the complementary water bottles was already open and half full.
The swimming pool public bathrooms were disgustingtly dirty (one toilet was filled with fezes and there were cockroaches) and were never cleaned, even after warning the front desk several times.
The beach is at 2 minute walking distance, but you will have no chairs and shade (they are all from other hotels).

This review is the subjective opinion of a Tripadvisor member and not of TripAdvisor LLC.
LYunn
Kuala Lumpur, Malaysia
1722
Reviewed 20 August 2019 via mobile
A night stay..

I stayed for a night in Deluxe Pool Access as I need to be around that area for the day. The room is huge but the floor seems to be kind of sticky when I walked around without slippers on. Was trying to look for hotel slippers in the cabinet but couldn’t find it. So I wore my own slipper walking around the room as I don’t bother to call reception to check on the slippers since it’s only a night stay. I know certain hotels/resorts will not place the amenities in the room but it will be available upon request. The floor condition seems to be better after the air cond temperature was cold. Other than that, all good..

The pool is huge but sharing with the room next door. There wasn’t anyone staying next door but I saw a pants floating in the pool. Not sure how long it was floating there. So I did not get in to the pool as I felt it wasn’t very hygienic. If it wasn’t because of the pants, I would have jumped into the pool as it’s really huge with no sharer from next door. Again, I didn’t call to inform reception on this as I already felt uncomfortable with it and moreover, it’s just a night stay for me. The housekeeping team should really check through it.

As for breakfast area, varieties were ok but there were flies flying around my table which I felt quite irritating as I need to stay alert so they won’t land on my food. Otherwise, no big issue for me.

Nothing much at the surrounding as happening area will be Chaweng. If you rent a bike or a car then problem solved! Samui is not very big so as long as we have a bike or car, then it’s easy to get to everywhere.

With the room rate offered, it is very cheap and affordable compared to other resorts within the island. So it is considered good resort to stay if minus room condition which could be so happened being assigned to me. I shouldn’t penalised the whole resort because of that one room. Therefore, I will still recommend this resort to my friends who has budget on the accommodation.

This review is the subjective opinion of a Tripadvisor member and not of TripAdvisor LLC.
katiereview2
England, United Kingdom
3517
Reviewed 27 July 2019 via mobile
There is a reason it’s cheap!!

Buckle up. A lot of things to say about a six night stay here.

Overall there is plenty of potential with this place and it could be really nice, but there are currently a lot of issues considering this is supposedly a four star hotel.

A few good things to start with.

The grounds staff are very polite and friendly when you pass them and always say hello.
The evening receptionist Janny is nice and really helpful.
The pool is really lovely and just the right temperature with some shade if you want it.

But then a lot of things added up to create a poor impression.

Throughout the hotel, the WiFi is hopeless. God forbid you want to check your phone whilst by the pool/in the gym. Even in the rooms, it’s patchy at the best of times and generally non existent.
A couple of times I ended up using the hostel across the road’s WiFi having been there for lunch one day and it still worked from a hundred meters away.

After 4 days of dodgy WiFi, I went to the day receptionist (she never wore a name tag) and said ‘the WiFi doesn’t work - we can’t log in because the signal isn’t good’. She retorted with ‘is it not good or is it not working?’ in a hostile voice. She then said if I wanted the WiFi to work properly, I should pay for it - I explained I just wanted it to work in the first place. She, very reluctantly, gave us another WiFi code which also didn’t work.

On several other occasions, this day time receptionist was abrupt and rude. On the first day as we checked in, a member of our group asked her about the daily weather in Koh Samui (hardly a challenging question), the receptionist did not answer and instead told the group member to be quiet ‘shh!’ with a raised hand and no eye contact. Yes, the receptionist was in the process of checking us in but telling an adult guest to be quiet like that is plain disrespectful. We were very taken aback by her manner. She also didn’t inform us about the location and times of breakfast...or anything about the hotel.

On the second to last day, housekeeping removed our towels in the bedroom and didn’t replace them. We asked for replacements at reception with the same day time receptionist and she said she would ask for them to be sent up and turned away to chat to her friends without asking our room number. We then interrupted her conversation to let her know our room number which she acknowledged. Did those towels ever arrive? No.
We went back three hours later and spoke to lovely Janny who promptly had them sent up.
We didn’t bother going to see the day time receptionist about queries in the end. She seems to be someone who doesn’t like to be asked questions by the guests and who feels that guest experience is not an important part of her job...as front of house!

The overall appearance of the hotel is quite run down - loose planks, ripped umbrellas by the pool, tired rust-stained walls, an unfinished appearance generally.

Breakfast is average at best and there is limescale/white floating stuff in the water dispenser.

The entire water system stopped working completely for hours at a time. On our final day, the water was broken for the third time in six days and we could not shower, wash hands or flush the loos before we left.

Housekeeping - always friendly and very nice people. But in terms of the rooms, towels were not replaced during the entirety of our six night stay. I don’t expect new towels every day - but surely at some point in a six day stay they should be changed - especially the pool towels. Even folding them up would give an impression of care.
Dirty coffee mugs ignored by housekeeping and left on the counter to fester for several days before being cleared.

Coffee/tea supplies and Amenities in the bathroom not topped up during the entire stay - a small touch you would expect at a four star hotel, no?

The air conditioning in the gym is woefully inadequate because it isn’t left on and as such it is only cool enough to work out in by the time you leave.
On a safety note, the floor tiles are peeling upwards near the gym door and are a trip hazard.

In the pool, the walls are lined with orangey yellow gunk which permanently stains pale swimwear if you lean against the the side of the pool.

I wish I could say better things about Baywater resort. It has the potential to be good with some proper maintenance and better day time front of house service.
The receptionist mentioned here needs to be informed that her manner often comes across as rude. Perhaps it is a language barrier issue however we haven’t encountered a single other person like that in Thailand over several years of extended travelling here.
We have up till now always found the customer service in Thailand is some of the best we’ve ever experienced because of how caring and kind people are. This person was an exception to that.
Overall the standard fell well below what we expected, and we wouldn’t go back.