It was good, but showing a bit of age - Review of Waikoloa Hotel

USD 86
View deal
Free cancellation until 05/11/21
Booking.comUSD 116
eDreamsUSD 116
PricelineUSD 116
View all 13 deals
Prices are provided by our partners, and reflect total costs of the stay, including all taxes and fees known to our partners. Please see our partners for more details.
Payments made by partners impact the order of prices displayed. Room types may vary.
koivo
Melbourne, Australia
16984

It was good, but showing a bit of age

Happy to have booked this hotel, was quiet, close to MRT and the room was comfortable, quiet. It was a big room, the staff friendly. Breakfast was quite good, especially liked the miso soup. Not a fan of the coffee machine coffee though.

See all 70 reviews
Payments made by partners impact the order of prices displayed. Room types may vary.
Nearby Hotels 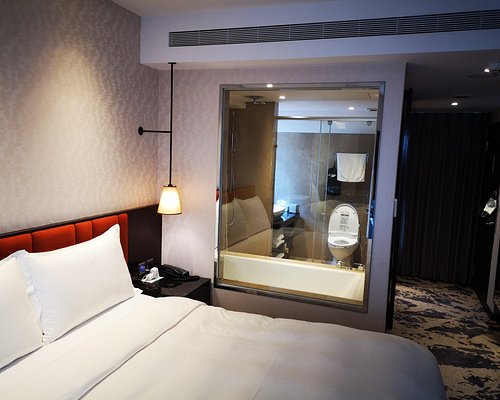 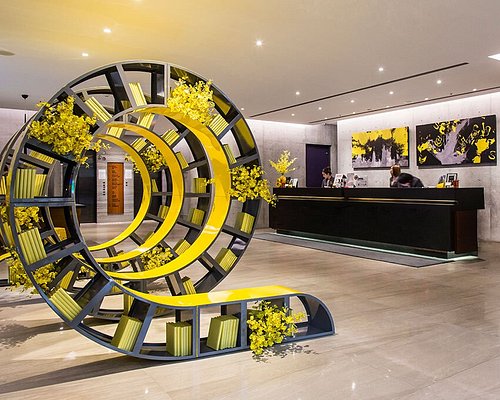 Waikoloa is the best hotel I have stayed in Taiwan. The room is large, like a suite. The bathroom has separate soaking tube and shower. There is a large closet, refrigerator, and hot pot. They give you maid service twice a day and a fruit basket every evening.
The included breakfast is international with asian, western food choices. The value for this hotel was great. Easy access from the metro, just 10 minutes away in the downtown area.

This review is the subjective opinion of a Tripadvisor member and not of TripAdvisor LLC.
Roger P
Manila, Philippines
6252
Reviewed 28 March 2018
110

Only downside of this hotel is there is no international or 220V power outlet. Given the number of gadegets people have today there is a need to upgrade the power. The rooms are large and surprisingly quite even when facing the main road. Breakfast is good with a decent choice of foods.

This review is the subjective opinion of a Tripadvisor member and not of TripAdvisor LLC.
cacklycuckoo
Singapore, Singapore
205
Reviewed 21 December 2017 via mobile
Great location, great service

My family of 11 stayed at this hotel for 6 nights and 5 days. We booked 5 rooms at a very reasonable price, especially during the December peak.

Service at the counter was good, especially the night team. We got what we requested immediately.

Breakfast had a small variety, but it was enough for my family and I who are Muslim. They provide bread, butter and jam. And also cereals, and have a coffee machine.

Water pressure in the shower was awesome, but unfortunately the same can't be said for the toilet flushing. Think that's a general issue in Taiwan though.

They were generally generous with topping up the water bottles in the room, and did a great job of tidying up and cleaning the room. We also received complimentary fruits everyday.

The hotel is conveniently located a few doors down from a bank/atm machine, opposite a convenience store and clinic. Taxi fares to most places cost about 5sgd or twd 100. It's near enough to Raohe night market, one of the bigger markets in Taipei and is about 40 minutes from the airport.

There is currency exchange at the hotel, but better off withdrawing from the nearby atm machine. Hotel staff booked taxis for us to the airport at a reasonable rate of 1100twd per car.

We did not buy data sims but Taiwan is so full of WiFi it wasn't so necessary.

However, those with kids.. Please note that there are condoms in the drawer that are easily accessible. We also saw escorts in the hotel.

This review is the subjective opinion of a Tripadvisor member and not of TripAdvisor LLC.
DimitriBorellini
Province of Sondrio, Italy
183125
Reviewed 5 December 2017 via mobile
Classic hotel

Hotel was ok. Nothing special, clean but a bit old. Position was good, just 5 minutes walking from MRT. Bed was ok, nice to rest.
Breakfast was almost without sweet things, which i'm used to eat since i'm italian.
Staff was kind and took care us, like put newspaper out of the door each morning and put some fresh fruit in the room

This review is the subjective opinion of a Tripadvisor member and not of TripAdvisor LLC.
lokyig
Hong Kong, China
5616
Reviewed 15 July 2017 via mobile
Nice hotel

Stayed in Waikoloa with my mum last week. Was quite a pleasant stay. The room is very nice and big with a queen size bed, Windows, sofa, wardrobe, tv (most things you can think of), and you have both bathtub and shower place. I brought my own toiletries as I just come back from Europe and you don't really find toiletries esp toothbrush and toothpaste in most eu hotel. But Waikoloa has all set of toiletries prepared for you. I wasn't feeling very well during the trip so I did spent a lot of time in my room. And I didn't go to try the breakfast although it is included. My mum tried and said it was ok, not too many choices and the food was not very fabulous, but it was ok. The staffs are very polite and helpful. The room is generally clean..... But overall is a nice place. The nearest metro is 10 min walk, not bad and it's easy to find the direction. Caps are just right outside the hotel most of the time and it's not expensive at all. Late checkout was 300 twd per hour, normal check out hour is noon. I like to have this option and it's not too expensive. I checked out one hour late as I wasn't feeling too good.
Very likely to stay with waikoloa again if revisit Taipei.

Dear sir
Thank you for book see your next visit

Report response as inappropriateThank you. We appreciate your input.
This response is the subjective opinion of the management representative and not of TripAdvisor LLC
View more reviews
PreviousNext
123…