Priceline
Booking.com
Orbitz.comUSD 142
View all 9 deals
Prices are provided by our partners for one room, with variable occupancy rules as provided by the property, and reflect total costs of the stay, including all taxes and fees known to our partners. Please see our partners for more details.
Payments made by partners impact the order of prices displayed. Room types may vary.
Chrissy C
159

We had a lovely 2 day stay....we loved the view from Villa 1 the only thing we were disappointed with was the cleanliness of the property. A little extra care with the presentation was needed. The microwave was dirty and food spills on the kitchen cupboards. The floorboards needed a good clean as they were quite dusty and dirty.
Other than this the bedding was comfortable and clean.

Trip type: Travelled as a couple
See all 77 reviews
Payments made by partners impact the order of prices displayed. Room types may vary.
Nearby Hotels 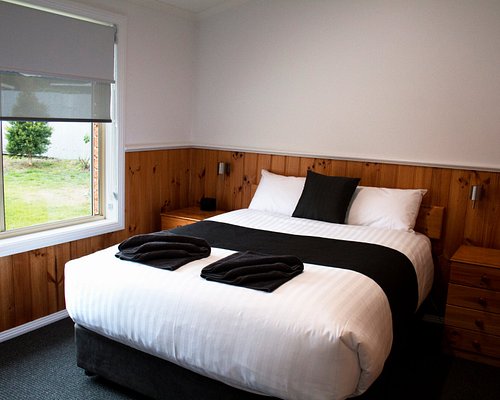 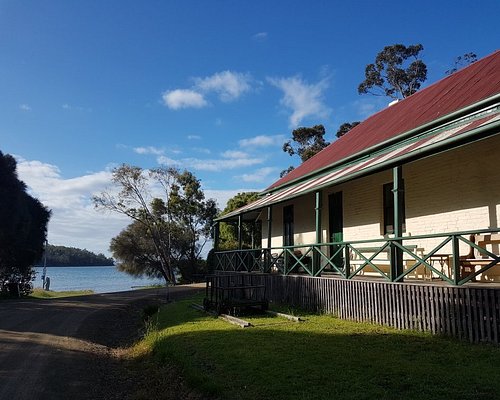 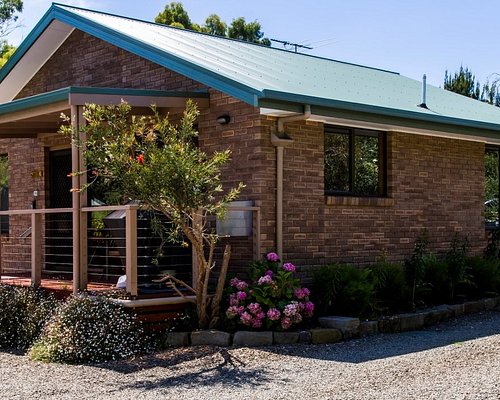 Abs by the Bay

The standard of accommodation was quite unexpected. It has been carefully detailed to give a luxury feel. We enjoyed the ki n g size bed for our two nights there. The coffee machine was a bonus although we came prepared with a plunger. From these reviews we read to bring our own provisions. The pizza restaurant is only opened Wed. To Thursday.
The key collection idea is good although we were welcomed by Kim. We did have to provide our mobile to two international visitors who arrived when there wasn't anyone
around.We enjoyed the wallabies , lapwing birds and the rabbits.
This is definately a place to relax
We also read a review that said to try the Fish and chip caravan at the Blowhole. A Great Feast.
The walks around this area were great

This review is the subjective opinion of a Tripadvisor member and not of TripAdvisor LLC.
W430WOjohnm
Cleveland, Australia
377
Reviewed 10 March 2018 via mobile
First class

This was the one my wife had high hopes for...wasn’t disappointed!Beautiful open studio with nice views.King size bed and felt like home.Lovely attention to detail with decent coffee and Federation chocolate(no extra charge)After garbage coffee and usual stupid prices (for standard minibars)from chain hotels Mussel boys was a delight!Great wood fired pizza next door a real bonus(says 4 but wait til 5 for the pizza oven to heat up-worth the wait!)
Great work Mussel boys my wife’s favourite stay in Tassie!!!

This review is the subjective opinion of a Tripadvisor member and not of TripAdvisor LLC.
MotoScoddie
Hobart, Australia
3430
Reviewed 5 February 2018
We have some coinstructive feedback

After our two-day stay, my partner and I wanted to make a few suggestions to the owners/managers. Sadly, we did not get a chance to see them on check-out (nor on check-in, for that matter). Therefore, we've decided to post our suggestions via this review.
As mentioned above, when we arrived, there was no one to greet us. After calling the number on the door of the office, we were told our cabin was unlocked and ready for us. A little unusual, but not a real problem.
Soon after we had settled in with our own food provisions, we noticed there was no dish cloth for wiping benches nor any tea towels. We called the owner/manager who later delivered some tea towels and a scourer(?). So, we ended up having to use our disposable kitchen towelettes (which we had brought along) for wiping down the benches after food preparation.
After the tea towels and scourer(!) were delivered, we discovered that there wasn’t any dishwashing liquid. And, despite there being a dishwasher, no detergent for that, either. We were starting to wonder if the cabin had been prepared for our stay.
Because we were booked for two days and had brought our own food and drinks, by the time we left, the small rubbish bin was overflowing, with nowhere to empty it. A larger bin or an additional recycling bin would be welcome (or a communal bin outside some place).
Because we didn’t get a chance to provide this feedback directly, we would like to take the time to offer a few other suggestions here.
Just two towels and one bathmat are not sufficient for two people staying for two days. Especially considering there is a spa bath in the cabin. The mats are essential, as the shower wets the bathroom floor and an extra one for the spa would be sensible.
A wine bucket and ice cube trays would be a nice touch.
Despite supplying some sachets of coffee, tea bags and sugar, there was no milk. Thankfully we took our own milk, but a small carton of UHT milk would be welcome.
The spa is a nice feature in our cabin, but there was no bubble-bath nor extra soap provided.
The batteries in the TV remote were flat and corroded. It may be worthwhile just checking these from time to time.
Despite the above shortcomings, the accommodation was comfortable and clean. Nevertheless, here’s hoping our feedback helps to make a nice stay into a perfect stay for future customers.

This review appears to be 2 years old prior to ownership change. Definitely not current images,amenity references or decor. Not sure why its dated 2018 however it would be appreciated if you could remove. Thanks Kim

Report response as inappropriateThank you. We appreciate your input.
This response is the subjective opinion of the management representative and not of TripAdvisor LLC
Dandy608
Sydney, Australia
11
Reviewed 18 January 2018
Mussel boys

Really enjoyed our brief stay in a cabin with king bed at mussel boys. Kim the owner was very accommodating and a pleasure to deal with. All amenities worked well and nice decor. Will definitely return in the future

This review is the subjective opinion of a Tripadvisor member and not of TripAdvisor LLC.
katrinar62
Brisbane Region, Australia
265
Reviewed 3 January 2018
Feels like home

Beautiful timber accommodation in a serene location overlooking the bay. Kim was friendly, very knowledgeable about the area and things to do. After a long day of travelling, we loved coming back to the wood fire pizza on site - definately a must!