USD 78
View deal
PricelineUSD 99
Hotels.comUSD 85
eDreamsUSD 80
View all 17 deals
Prices are provided by our partners, and reflect total costs of the stay, including all taxes and fees known to our partners. Please see our partners for more details.
Payments made by partners impact the order of prices displayed. Room types may vary.
Shannon F
911

The staff are wonderful, very helpful. Upon arrival we were taken to our room. I was travelling with a friend of mine and we had asked for 2 single beds instead we were given a double bed. The staff arranged a room straight away and resolved without delay. Our new room was musty- but it may have been closed up for awhile.
The hotel was beautiful, but kata beach was not my cup of tea. Barely any sand left as its packed with lounge chairs but if a lazy holiday is what your after its the perfect destination.

See all 2,569 reviews
Payments made by partners impact the order of prices displayed. Room types may vary.
Nearby Hotels 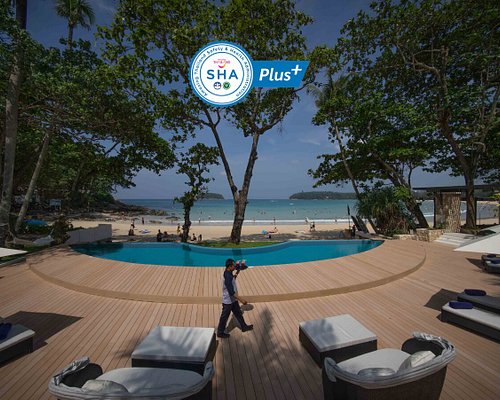 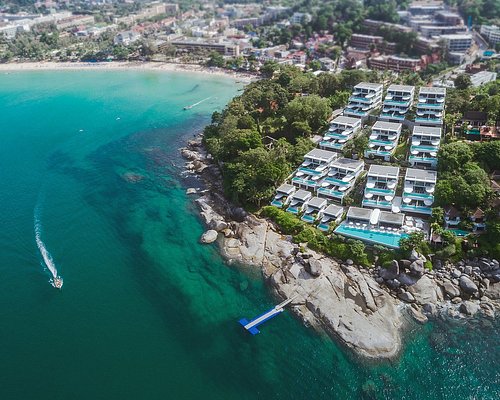 I have stayed at Tropical Garden Resort twice, and I am going back again for a third stay. Kata Beach is a 3 minute walk from the hotel and surrounding restaurants and bars are a hop skip and jump - meaning you can walk easily to beach, bar, and shopping boutiques.
I highly recommend you take a trip to The Ska Bar on Kata for some quality vinyl reggae tunes and a cocktail or two.
If you do not like to walk reconsider booking here as the hotel is located hillside and the elevators are slow. Saying this the views of Kata Noi are amazingly spectacular from deluxe ocean rooms.
Breakfast buffet is great value and service of staff outstanding.
Great prices from Agoda and if you want to extend on your booking staff are more than happy to give you a fantastic price. All in all great location great service and spectacular views. I'm looking forward to returning!

This review is the subjective opinion of a Tripadvisor member and not of TripAdvisor LLC.
michele-flynn
Sydney, Australia
2515
Reviewed 30 January 2013
Pleasant stay

This resort is well located (across the road from Kata Beach) but as it is on a steep hill there are many stairs to negotiate. The views from most rooms range from great to spectacular
( from the higher buildings). The service and communication are average for Thailand, as we had some difficulty making ourselves understood at times. Shops and restaurants are located nearby as well.

Room tip: Higher rooms have a spectacular view of the beach. Older or disabled people would need to be located in the lower buildings.
Ask michele-flynn about Chanalai Garden Resort
Thank michele-flynn

This review is the subjective opinion of a Tripadvisor member and not of TripAdvisor LLC.
Shaggerspicchu
Okotoks, Canada
5133
Reviewed 4 January 2013
Pretty good for the price

Good prices from Agoda, Clean room, nice staff, lots of good food nearby. Theee are a lot of stairs but there are elevators hiding if you ask. Breakfast is decent. My only complaint is that they have a mandatory buffet dinner on special occasions like Christmas and New Years. The price is more than one nights stay and based on my friends review of it..... It was terrible. We checked in after christmas and before new years to avoid this.

This review is the subjective opinion of a Tripadvisor member and not of TripAdvisor LLC.
154Caroline
Tewkesbury, United Kingdom
24
Reviewed 31 December 2012
Nightmare!

On arriving at the hotel we were impressed by the initial appearance and location......how wrong we were!
The room was ok and granted had a great view but on closer inspection was filthy, quite often when we went back to our room after breakfast the maid was outside our room chatting up the maintenance men rather than doing her job. The room next to us had obviously had room service a few times. The dirty plates were left outside our room for 3 days....disgusting!
On our first night there we were woken by work men on the roof, laughing and running around, very alarming! I found all the staff rude and unhelpful. I was asking one man a question and he quite literally just walked away from me without giving me any kind of response. No one acknowledged us generally. They had a crew of about 10 men putting up the christmas lights around the pool for 2 days when we were there. Most unrelaxing! They spent most of their time sat on the side of the pool smoking while other members of the pool staff kicked balls around and threw them in the pool with no regard for my 2 children and other guests. On our last day all the sunbeds were taken away from the pool so that they could set up for their Christmas meal. We had to decamp over to the other pool where there were no staff on duty at the pool bar and sunbeds were broken. Meanwhile the staff setting up at the other pool had the music blaring at top volume, at least they were enjoying themselves!
Breakfast was truly awful with little choice and the dining room was filthy, we were constantly having to ask for plates to be cleared.
We were only there for 3 days and that was more than enough, I even seriously considered moving out on the last day as I found the whole stay very unrelaxing. I did complain to the duty manager but she seemed very uninterested in the issues that I had. Sack all the staff and start again and you could have yourself a decent hotel!!

This review is the subjective opinion of a Tripadvisor member and not of TripAdvisor LLC.
DiverNor
Oslo, Norway
4241
Reviewed 27 December 2012
Wow! Where do I begin! Nightmare! Do not go!

First: Tropical garden resort is not the same hotel as Tropical resort! Both hotels are located at Kata beach.

Pros: good location, it is only a 3 minutes walk to the beach from the hotel. If you get a room with a view of the beach it is nice! Nice baby cot.

Cons: No free internet. You have to pay a 100 bath for on hour and you can`t pay for a day. I think it was a maximum of 3 hours.

There were about 90% Russians at the hotel and they used the kids pool as a foot bath to get rid of the sand. The other pool was dirty and you could see a thin layer of oil/fat on the top. The water level was too low, so it was still water.

We were accused of stealing a can of Heineken (55bath) from the minibar. I had to talk to the manager in the end to get this sorted out !!!! WOW! After a couple of days our room was attacked by a ton of small ants and my wife was bitten so she had to go to the doctor. We got a new room and the Heineken was found underneath a table!!! Holy crap!

My wife was food poisoned after she ate a burger from the hotel. And still no apology from the hotel! The food is not good. The breakfast is not any good. The egg lady is rude and could not boil an egg for me. Holy crap what a bad service. The baby chair was a bar- chair and you had to use a large napkin to tie your kid to the chair :) Do you laugh or cry?????

The day before our departure the elevator broke down, so I had to carry 4 large suitcases 4 levels down. I did talk to the reception the day before, but no bellboy showed up.

Many of the staff were not friendly and little helpful! We had a big language problem because they did not speak English. One example: I said the power was out and the girl asked me how many towels I needed. Jissess!

Star tour talked to the hotel and Star tour told them to give us a free meal. We did enjoy that dinner. Big thanks to Star tour!

We met other Europeans and they had all had problems with either the room or the staff. The two weeks at this hotel was a nightmare you only read about!

This review is the subjective opinion of a Tripadvisor member and not of TripAdvisor LLC.
View more reviews
PreviousNext
1…274275276…